Man With a Plan: Jerry Rapier takes a break from his theater schedule to give us a tour of his playlist. 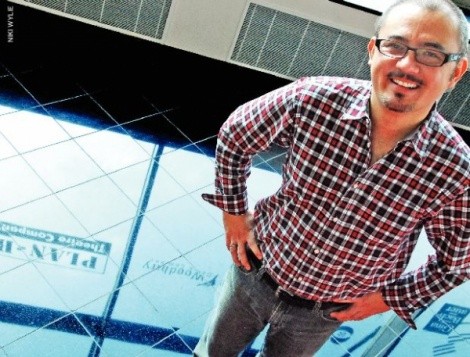 Those well-versed in Utah’s theatre community should recognize Jerry Rapier—if not the name, then certainly his work. Plan-B Theatre Company’s producing director has done exceptionally well with his demanding role and shows no signs of slowing down.

Originally brought in to direct Molly Sweeney in 2000, Rapier took the reins when Tobin Atkinson took off to join the army. His involvement helped raise the company to new heights. He is perhaps best known for pushing boundaries that earned Plan-B a reputation as a daring, bold company, staging productions of The Laramie Project as well as newer plays including Amerika, Facing East, Exposed and Block 8. During this time, he brought in new playwrights with bold ideas, including the multi-script virtuoso Matthew Ivan Bennett. Within a few short years, he changed the outlook, attitude and public image of the small theater company.

Hitting Rapier up for an interview was pretty easy, but you wouldn’t know it from the schedule he keeps. Aside from the morning jaunt to grab a soy latte at Rosie’s Deli, Rapier is either hard at work at the Plan-B office or planted in front of his Macbook at home into the wee hours. OK, so he squeezes in time for Wii Tennis; every chap needs a wee bit of exercise in his life!

“I get so focused that an entire day can pass where the only interaction I have is with my bevy of pets and my partner, Kirt,” says Rapier, who has been off the singles scene for 14 years now (or, as he refers to it, “a gay century.”) When asked about living in Salt Lake City as an openly gay man, he says there’s a night-and-day difference from when he moved here 16 years ago.

Over the past decade, Rapier has been involved in several organizations and received the Mayor’s Artist Award in 2008. On top of his Plan-B duties, between May and November he’ll also be directing Hair for Egyptian Theatre Company, Believing for Theatre Arts Conservatory, and The Last Five Years for Dark Horse Company Theatre. And somewhere in the thick of all this … sleep! When asked about all the work he’s up to, Rapier couldn’t be more enthused, particularly regarding Amerigo, “a crazy-ass play with Niccolo Machiavelli moderating a debate between Amerigo Vespucci and Christopher Columbus. What I’m most excited about with that play is how big ideas are communicated with surprising humor,” he says. “I’m also extremely excited about the spring shows I’m directing. I’m amazed at the skill and tenacity of Richard Scharine and Carleton Bluford as they inhabit the skins of Wallace Stegner and Wallace Thurman, respectively.”

Currently Rapier is working on Plan- B’s newest creation, Wallace. Making its world debut next week, the play focuses on two distinct men who claimed Salt Lake City as their home: Wallace Thurman, a gay black writer who helped influence the Harlem Rennisance, and Wallace Stegner, the historian and novelist who was dubbed the Dean of Western Writers by his peers. Their individual experiences are intertwined from two one-act plays into one production.

In the midst of rehearsals for Wallace (opening March 4), City Weekly asked Rapier to sit down and play our musical version of Russian roulette, with surprising results when he clicked on “shuffle.”