Planned Parenthood's Missy Bird: What happened to women's rights in the 2011 Legislature 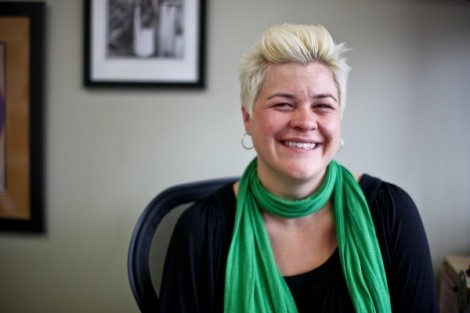 Missy Bird, vice president of public policy for the Planned Parenthood Association of Utah and executive director of Planned Parenthood action council, is dedicated to fighting for women’s reproductive rights. City Weekly caught up with Missy to get her opinion on the trio of bills passed by the Legislature that would further restrict abortions in Utah.

How did women’s issues fare in the legislature?

The attacks were a little different this year. We have some of the most restrictive abortion laws in the country, so it is hard for them to continue tightening up our current laws. One bill [House Bill 171, which requires two yearly inspections of abortion clinics and requires that the clinics pay a fee to cover inspection costs] specifically came after clinics in an effort to make our jobs more difficult. We have several insurance companies in the state that have covered abortion services with no questions asked, but HB354, that is not going to be possible. HB353 changed our current conscience law so it is no longer going to be a person making a decision about whether or not they are going to perform an abortion.

What kind of money is involved in these changes?
The real irony is that they are cutting the Department of Health’s budget, but creating a brand-new position just to inspect three different abortion clinics. Supposedly, the increased fee for inspection will cover the cost, but there is also a state law that says you can’t charge licensing fees that are egregious. They are going to run into some problems because that is a $58,000 position and there are only three clinics.

Why are they passing these bills?
The ultimate goal is always to put abortion clinics out of business, but [lawmakers] don’t understand these services are very much needed. There is no focus on keeping abortions safe; the focus is that if we just make it harder and harder, women won’t do it. And that is not true. Right now, women are going to clinics or they are having their babies. If we make it harder, women will still do it. It just won’t be safe.


The thought process for the sponsor of the legislation and from some very conservative lawmakers is that they have to do whatever they can to slam the door in the faces of women. There is such a very clear lack of understanding among the Utah State Legislature about what this really means for women, and the agonizing decisions women have to make, especially when you are talking about the issue of insurance.

The Utah Eagle Forum held a prayer vigil in February, claiming PP supported illegal sex trade. What’s your response to them?
Eagle Forum President Gayle Ruzicka crossed a boundary. Planned Parenthood doesn’t go to the Eagle Forum convention and protest. When you have high-level lobbyists, as she does, coming out in such a manner, it crosses that professional boundary. We would never have done that to the Eagle Forum. We now have protesters every day out in front of our new clinic. We are mandatory reporters in Utah; we report when we suspect child abuse. Every time.

Carl Wimmer declined to tour the facility. Have any lawmakers toured?
I’ve definitely had some good, conservative republicans come and tour our clinics, and they are all like, “Wow, it’s like a healthcare facility.” It would be nice if they all came in and saw what this really looks like, because it really is just like every other OB-GYN office in the country.

What’s the purpose of HB353?
The law before HB353 passed was that physicians could deny services if they had a religious or moral objection. But what the bill did was make it that a hospital facility—an actual facility—could deny that service. If you end up with a conservative board of directors, they could make the executive decision not to provide abortion services, even in the case of rape and incest, even if they have a doctor on staff who is willing to do it. It further limits a woman's right to get an abortion.