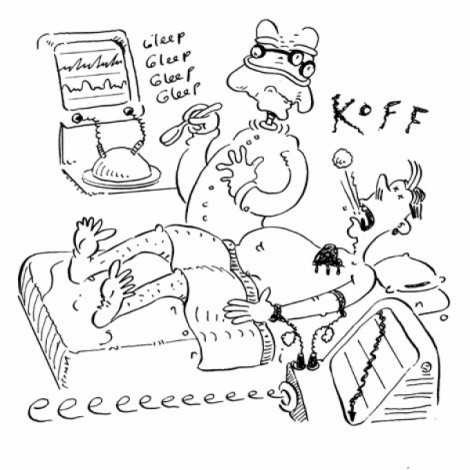 A story from the ’80s claimed that lime Jell-O gave off brainwaves. When I mentioned this recently, I got into an argument about microtubules, consciousness and superstrings and need a quick shut-’em-up. Anything to this? —Mungsback

Yes. The point of the research, however, wasn’t to suggest Jell-O was alive but rather that some apparently living folks may be dead. You can see where this is something you’d want to get cleared up.

The Jell-O brainwave researcher was neurologist Adrian Upton, who conducted pioneering work on the electroencephalography of gelatin desserts starting in the 1960s. Upton wasn’t trying to be a wise guy—he wanted to make a serious point about brain death, which became a matter of critical importance once life-support equipment made it possible to keep a body functioning even though its owner had checked out.

Normally, brain death is signaled by the loss of certain brain-stem reflexes, such as pupil contraction in response to light, with flatline EEG readings as confirmation. Upton’s Jell-O stunt showed that obtaining a flat EEG in a hospital setting was tougher than you’d think.

An initial demonstration by Upton in Britain in 1969 attracted little notice. After moving to Canada to teach at McMaster University, he tried again in 1974 at an Ontario ICU. He connected EEG leads to a dome of Jell-O, picking lime because he “thought it would be more photogenic.” This trial made waves—initially on the EEG machine and later in the media, with a write-up in The New York Times in 1976.

Neurologists have long known the importance of identifying misleading EEG fluctuations called artifacts. Potentially confounding electrical signals from the beating heart and involuntary muscle twitches are commonly measured and subtracted from the EEG. In addition, doctors sometimes use a “dummy patient” to detect extraneous electrical signals in the room. The dummy can be as simple as a 10,000-ohm resistor hooked up to the testing apparatus to simulate an inert (i.e., dead) body. Jell-O functions the same way—it just happens to be a type of resistor you can eat. With a bowlful connected to the leads, a sensitive EEG machine’s circuits may pick up spurious signals from sources like respirators, IV drips, even ringing telephones. The obvious implication: A brain seemingly generating such signals may, in fact, be deceased.

Distinguishing between faint but genuine signals and noise isn’t easy. In a 1990 study, neurologists were asked to analyze a set of human EEG readouts, then were shown the same readouts again a few weeks later; 13 percent of the time, the doctors disagreed with their own previous opinions. A flatline EEG, also known as electrocortical silence, is usually defined as amplitude under two microvolts. Upton’s Jell-O displayed amplitudes several times higher.

That doesn’t mean EEGs are worthless as a brain-death indicator; it just means they have to be considered together with other signs. Some types of overdose, coma, and paralysis can temporarily disrupt brain-stem reflexes and mimic brain death. In some such cases, EEGs can help demonstrate that the person is still alive. In one study of 89 patients who were judged brain-dead based on reflex loss, eight had nonflat EEGs, and five of these recovered.

Conversely, a flat EEG isn’t an absolutely sure sign of brain death. A temporarily flat reading can follow hypothermia or barbiturate overdose. That’s scant hope, though. Two studies from around 1970 showed that over 99 percent of patients with flat readings were soon indisputably dead.

Sometimes it’s claimed Jell-O brainwaves are identical to a healthy adult’s. That’s clearly a stretch, but the Jell-O EEG readings do look pretty similar to a normal human alpha rhythm. Alpha waves are observed when a patient is awake and resting with eyes closed, and in some kinds of sleep and reversible coma. True, the Jell-O waves are a little slower and of much lower amplitude, barely within normal human limits, but that doesn’t tell you much by itself. Hypoxia, encephalitis, and other medical conditions can cause reduced frequency and amplitude, as can drug use.

Perhaps surprisingly, a third of neurologists believe a nonflat EEG, corrected for artifacts, can be consistent with brain death. In most U.S. states, a finding of brain death requires irreversible loss of function of the whole brain (and random firing of neurons isn’t proof that the brain is functional). In the UK, death of the brain stem alone is sufficient, even if other parts of the brain are still alive. In one study, 20 percent of patients declared brain-dead had nonflat EEGs, including 4 percent who exhibited “sleep-like activity.”

This is an area where you don’t want doctors making unwarranted assumptions. Consider the one documented case of a person declared brain-dead who wasn’t. It happened in Birmingham, England, in 1974 to a man in his mid-60s named Michael McEldowney. The transplant team was just cutting him open when he started coughing. They sewed him back up and he died for real 15 hours later, at which point I presume the surgeons took up where they left off.