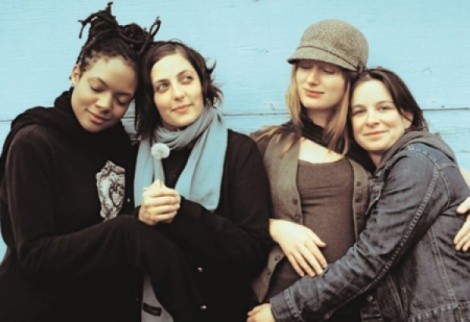 At the turn of the century, there was a group of friends in Vancouver, British Columbia, who would get together to play music. They had no idea of what they were doing, and they weren’t trying to produce the next new sound. Rather, they dusted off old secondhand folk instruments and played the country-folk music they loved.

But country and folk music is often written about the country, the farm, and the loves and losses experienced there. They followed their bliss to this music, but country-themed lyrics didn’t exactly apply to urban Vancouver. So, they kept the country framework and filled their lyrics with modern life in the city.

Soon enough, their basement jams were too good to keep private. From this group of friends arose Jolie Holland, The Be Good Tanyas and Po’ Girl.

“To me,” Russell explains, “urban roots means that we’ve all grown up in urban centers, but we’re drawing from traditions that grew from rural places.”

Urban roots was more easily defined in its early years, when it was mostly folk- and country-influenced. Since its inception, however, the practitioners have broadened their tastes to envelop any genre they want. It might be country and folk, rock, jazz or blues. And now, with their recent album, Follow Your Bliss, Po’ Girl is also drawing from French cabaret, klezmer music and polka.

“No one is writing songs in a vacuum,” Russell says. “We’re products of a long tradition of songwriting and music. As the album title suggests, we’re just following our bliss.”

For Po’ Girl, following their bliss keeps them on the road most of the time. “We’ve done 280 dates in the last year,” Russell says. While on the road, they find even more musical influences and instruments that appeal to them.

“Every tour, we pick something up,” Russell says. “I got an electric guitar last tour. In Tennessee, at a friend’s secondhand music store, I got a beautiful hollow-bodied electric guitar. It’s my first electric guitar. I haven’t found a way to incorporate it into the set yet, but you can expect it soon.”

The band has no shortage of instruments. “In the car right now we have guitar, dobro, banjo, clarinet, accordion, harmonica, glockenspiel, gutbucket bass, electric bass, Nord Electro (keyboard). We don’t have the ukulele with us now; we have a penny whistle, the drums. Did I miss anything? I think that’s everything,” Russell says.

“We try to travel as lightly as possible, so we don’t bring much luggage so we can fit the instruments.”
Even bliss followers like Po’ Girl have to be practical.