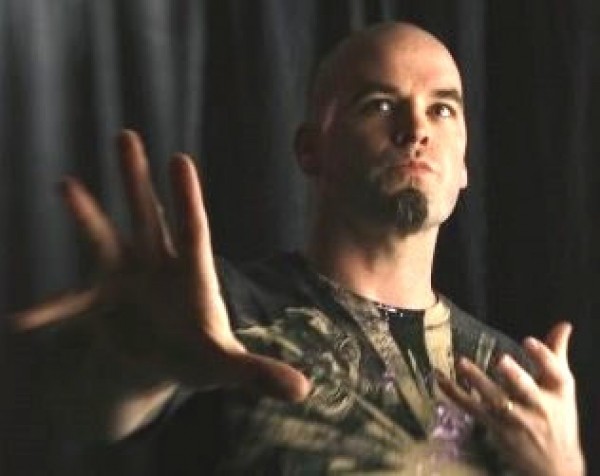 On Monday, March 26, Mo’s Neighborhood Grill is lit like a pool hall; its narrow corridors are packed with dozens upon dozens of people, many of whom are sitting on the floor, as no chairs remain open. Every seat at the bar is occupied, and the smell of cheese fries, Buffalo wings and beer floods the air. However, there are no televisions on—nobody is crowding around to see the Jazz outfox the Nets. No, this crowd is gathered for poetry—specifically, the “Put Your Mouth Where the Word Is” poetry slam.

This poetry event is a bit different than what one might expect to hear at, say, The Art Barn, or even at the University of Utah. It’s clear from the get-go that a poetry slam is anything but formal, anything but professional (even though it’s clear that these poets are of highly professional caliber). Tonight’s event is about the show. It’s about having fun and screaming your head off at a line of a poem that simply shakes the very core of you.

And as if a poetry slam weren’t energizing enough, tonight’s event (which I participated in) is the annual Team Selection Slam—where the top 10 slam poets in the state compete for five spots on the national Salt City Slam team, which will be competing this August at the National Poetry Slam in Charlotte, N.C. It’s clear from the start that the competitors tonight mean business. After all, Salt City Slam placed eighth out of 76 teams at nationals in 2011—their best performance yet.

Salt Lake City has sent a team to nationals since 1995, when the first Salt Lake Poetry Slam was started by Melissa Bond at the now-defunct Lazy Moon Pub. The slam was publicly criticized for its “vulgarity,” and Bond received several anonymous phone calls telling her that what she was trying to do lacked moral compass and she should “seriously consider [her] actions.”

Now, it doesn’t take a poet laureate to realize that slam poetry events are much different than, say, reading through Walt Whitman’s Leaves of Grass. However, we live in a country that promotes freedom of speech—and the poetry slam at Mo’s is no exception. Poets from around the state are free to say exactly what they wish about relationships, sociological events, pop culture and even—if one dares—religion.

Perhaps what slam poetry does differently than “academic” or “page” poetry like Whitman or Emily Dickinson is enable an audience to connect openly with a poet in an intimate way that books can’t replicate. Slam poetry certainly isn’t as wordsmith-ian as its written counterpart. It’s about the show—and Salt Lake City can provide one hell of a show. Former Salt City Slam team member Cody Winger believes slam is able to affect audiences and poets so strongly because “some of the most intricate multiple-person theater performances, wittiest comedic sets and [most] intensely dramatic monologues have unfolded on a poetry slam stage.”

One of the more memorable pieces of the night was one about a man jumping to his death from the South Tower of the World Trade Center on 9/11. It wasn’t an exploitative piece, but rather illustrated what might have been going through the man’s mind as his body neared the ground. The speaker of the poem notices the ash on the sidewalk and is reminded of constellations. He decides to name them after all the happy moments of his life: “Here is the ‘I’m so proud of you, son’ constellation—he’d name them all if he could, but there is simply not enough time.” The author of that poem is a man who is simply known as Gray. He ended up winning the slam, allowing him to be a part of the nationals team, and also to represent Salt Lake City at the Individual World Poetry Slam (IWPS) this fall.

The Salt Lake City IWPS representative for the past two years has been Jesse Parent—who has done exceedingly well, taking second place in the competition both years. Parent will also be joining the Nationals team this year, alongside poets Rebeca Mae and DeAnn Emett, who both represented Salt Lake City at this year’s Women of the World Poetry Slam in Denver; former 2005-06 Salt City Slam team member Brian Frandsen will also join this year’s team. It is safe to say, all experiences aside and strictly based on poetics, there is not one poet who doesn’t deserve to be on your team, Salt Lake—they’re quite the creative lot.

Mae says if she were to have one word tattooed on her body, it would be “breathe”—“to remind myself not to run through life so quickly.” Which is exactly what slam reminds those who experience it to do.

Adam Love competed in the “Put Your Mouth Where the Word is” poetry slam March 26.