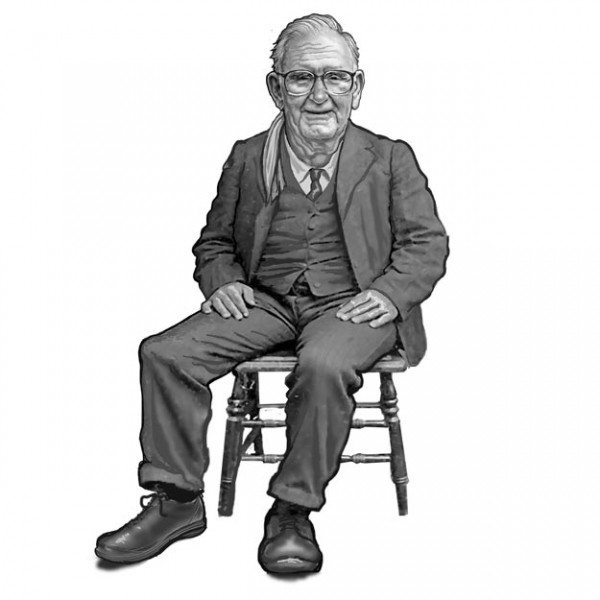 If you happened to watch any of the news coverage last week of Mormon women trying to crash the all-male Priesthood Meeting at the Conference Center, you may have caught a glimpse of an elderly bystander. The distinguished old gent was my good friend Aha, who gained notoriety as one of the Three Nephites, those true-believing ancient Hebrew-Americans who were promised earthly immortality by Jesus when he visited America after his crucifixion.

Aha has aged gracefully over the centuries, and doesn’t look a day older than 1,743, give or take a few years. He likes to blend into whatever crowd or century he happens to find himself in, so on the march on the Conference Center, he was attired in his Sunday best: a conservative blue suit, muted red tie and comfortable walking shoes of the sort favored by Sen. Orrin Hatch, as well as a number of General Authorities.

In fact, if Aha got a good haircut, he could well pass for an apostle, a presiding bishop or even a member of the Second Quorum of the Seventy. He nevertheless cut a striking figure. He is still remarkably vigorous, the only apparent concession to old age being a squeaking hearing aid on his left ear. Despite his silver ponytail, he was offered entrance to the Priesthood Meeting, something denied to the protesting women.

Aha expressed support for the women’s cause by declining the invitation of the Conference Center bouncers; for a few tense moments, he even blocked the entrance and prevented a group of tardy and pimply boys from getting inside before the opening prayer.

I finally was able to pull Aha from an embarrassing interview with LDS Church spokes-sister Ruth Todd and spirit him away for a quick cup of coffee at the E Bar next to Nordstrom in City Creek.

After exchanging a few pleasantries, I asked the venerable Nephite why he was supporting the women’s wish to join the Mormon priesthood.

“People have short memories, so they don’t remember that women already have the priesthood. Before the world was, in the Grand Council of Heaven, guys and gals were all foreordained for priesthood authority, which just means that all of us, male, female and, these days, transgender folks, can act in God’s name to bless, wash, anoint, prepare the sacrament, heal the sick, speak in tongues, excommunicate, etc.”

I pointed out that you never hear about women priests in the Book of Mormon.

“Well, you don’t hear about women in the Book of Mormon, period. They pretty much stayed in the background, but let me tell you, even in those days the gals pretty much ran the show. I think the scribes got back at them by leaving them out of the story.”

“But women didn’t hold the priesthood when the prophet Joseph Smith restored the Gospel.”

“Wrong, skinny-latte breath. I was right in the middle of things when Joey—he was a nice kid, Joey—gave the priesthood to Emma, the first of his many wives. And it wasn’t just a joint endeavor, part of the second anointing making husband and wife Kings and Queens, Priests and Priestesses in the Celestial Kingdom. All of us alive at the time were very much in favor of letting the ladies be priests, or priestesses, if you want to be nit-picky. So it was a regular part of their individual endowment.

“I can give you a whole list of names besides Emma. And even Brigham Young, who never took a shine to me, gave several women the order of priesthood—Thirza Cahoon, Lois Cutler, Phebe Woodworth, etc. And it wasn’t just initiatory ordinances, it was the full Monty. A gal I was kind of sweet on, Sister Mehitable Duty, was given the priesthood by the Presiding Patriarch John Smith as recently as 1845.”

“So why would the General Authorities take the priesthood away from the Sisterhood?”

“In a word, polygamy. The gals just got too powerful. One wife wearing the pants is one thing. Imagine 10, 20 or 40 wives wearing the trousers and holding the priesthood at the same time. It was too much for those guys, even Brother Brigham. That’s why he talked forever in the Tabernacle. No one listened to him at home.

“So they got rid of polygamy. And once they did that, it was easy enough to take the priesthood away from the gals. Give it back to them now, and the party’s over.”