Presidents of the United States of America

Kudos to You! shows Seattle alt-punk band is still having a blast 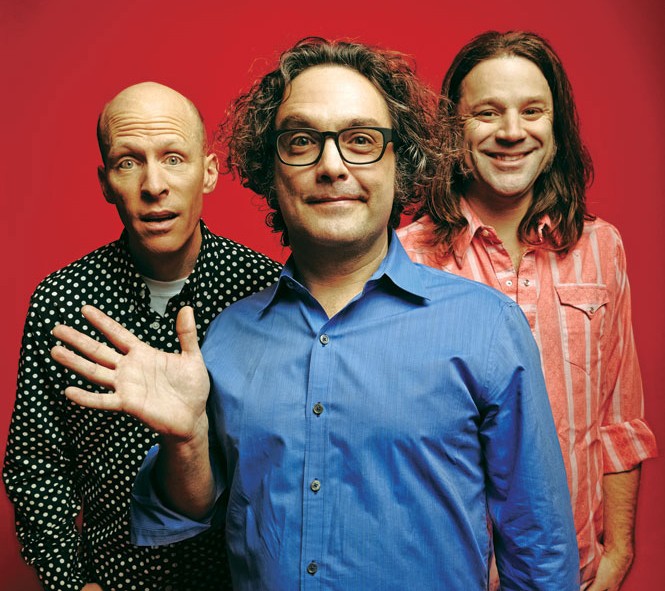 Presidents of the United States of America drummer Jason Finn has some history with the state of Utah that goes beyond music.

"I was locked up in Provo when I was a kid, in about 1981," he says. "I went to this weird sort of boarding school/reform school, which is my only real previous Utah experience."

But he is quick to say that the past is in the past and he is ready to focus on the present, especially since this is only the second time the band will have played in Salt Lake City. Getting locked up was the result of "a whole pile of youthful indiscretions," Finn says with a laugh, "but all is well now. I can guarantee you already that this visit will be more fun."

"Fun" is the sort of descriptor that has been used gobs of times over the years to describe the Seattle band and their sound. After all, when you've made songs that name-check your home state ("Volcano"), gleefully disparage everybody's favorite state ("Fuck California") and make a song about peaches, of all things—with its classic, ninja-filled video—it's clear that Presidents of the United States of America get kicks out of creating their music.

This remains the case on the band's latest project, Kudos to You!—released in February—which features much of the same cleverly written, amusingly delivered alt-punk that has made the trio a staple in the rock scene for the past two decades. Brisk pacing and singer/bassist Chris Ballew's humorous staccato English and Spanish makes "Rooftops in Spain" a treat, while "Electric Spider" is a funky rock ode to a fictitious drink. As always, the band is not above diving into the absurd, as the epic battle depicted in "Flea vs. Mite" can attest, and let's just say you will never look at finger puppets the same way again after you listen to "Finger Monster." Creating such vibrant, unique material is a result of the band doing things on their own terms, even if that means not touring year-round.

"We've done a pretty good job of, when we start to feel overwhelmed, taking a step back, or even taking a year off," Finn says. "It's a little perverse, maybe, but we're good at our work ethic by keeping our work ethic kind of low."

Knowing what works for them and being willing to sacrifice quantity for the sake of quality records and concerts are what keeps things exciting for the band, and Finn believes this show will be a blast. After all, it has to be a better experience than his first time here, right?

"I think so, I think so," he says confidently before pausing and adding, "fingers crossed."