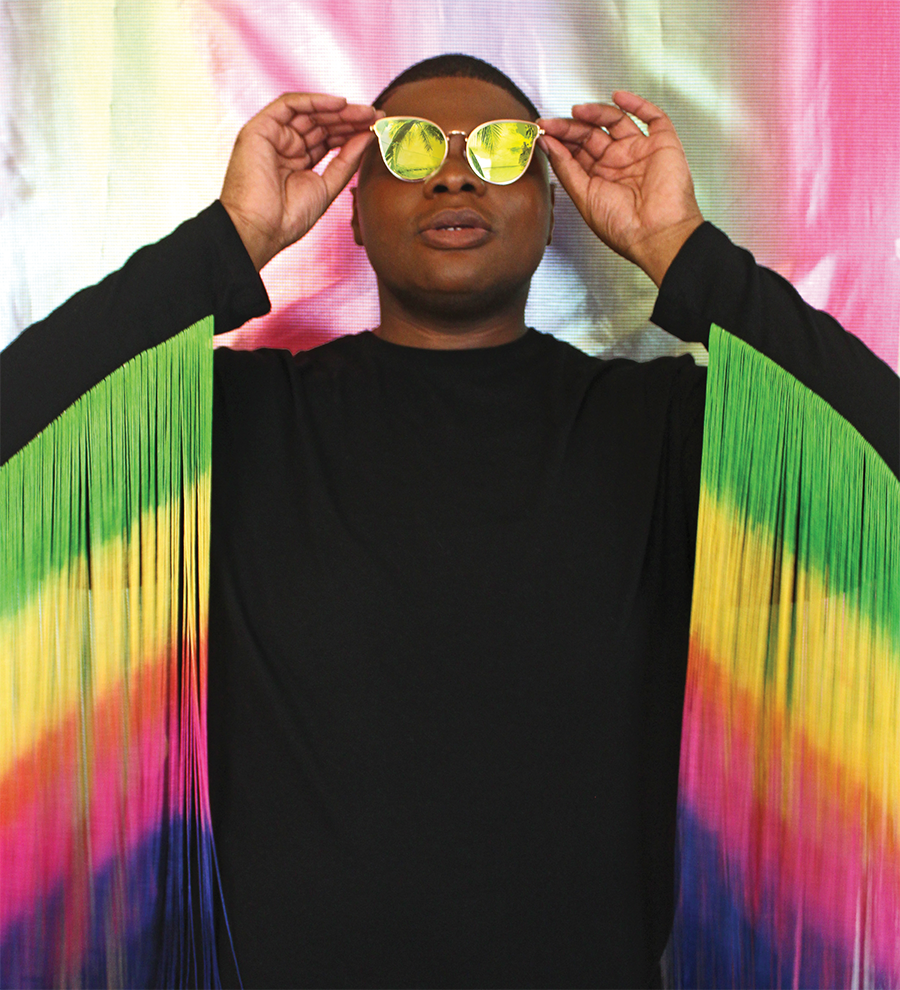 It was a moment of Zion Zen following last year's Pride parade: After a charged exchange with anti-LGBTQ demonstrators (hey, sometimes I do it just to feel alive), I turned to my friend Grayson and said: "Isn't it something to see how far we've come?" Shitty political climate aside, the fact that nearly 50,000 souls had congregated along the parade route (most with laudable intentions) made for an introspective, American Beauty-esque plastic bag scene.

Like many, my personal journey to come into my own, embrace my factory settings and live my truth, was no cake walk. Yet, there I was, marching alongside my best friend and coworkers, a permanent cat-that-ate-the-canary grin on my face, taking in the Technicolor sights—and even though City Weekly has never been known for having the most ostentatious of floats—being on the receiving end of a roaring tidal wave of love from the community.

Once inside the festival grounds, and still on a rainbow high, I summoned the spirit of the giants who made it all possible: Marsha P. Johnson, Sylvia Rivera—and countless other defiant individuals history has forgotten—who lit the Molotov spark that fueled the Gay Liberation Movement, affording the rest of us, all these years later, the opportunity to live out our own "normal."

"Marsha who?" Grayson asked. A five-alarm fire going off in my head and a state of gay emergency declared, we rushed back to his place and watched The Death and Life of Marsha P. Johnson on Netflix. The documentary served as an educational respite and doubled as an air-conditioned refuge to wash away the runny coat of sunblock and third-party glitter that had quickly accumulated on our bodies.

Fifty years since the NYPD busted out the batons at the Stonewall Inn, and 44 after Salt Lake City hosted its first austere Pride, the transgressive nature of the movement's equality pioneers lives on in this year's theme, "Exist. Resist. Persist."

Local activist and historian Connell O'Donovan was there for the early days of Pride in the Beehive. He can be seen pictured above, behind the bullhorn outside the City and County Building, offering a rallying cry to a small but mighty Pride crowd in 1991—which included neo-Nazi protesters. During O'Donovan's Lifetime Achievement Award acceptance speech earlier this month at the ritzy Pride Spectacular, he put it best:

"I invoke our blood ancestors who give us stories of dissension, stories of compassion, stories of resistance, stories of long-suffering, stories of hope," he said, holding his award. "I invoke our heart and soul ancestors who have passed on but leave us their stories of pain and joy, of despair and of hope, of oppression and of dissent and rebellion. I call upon all these ancestors to gather around us here tonight. With all this power, with all this love, with all this intention we reach out to all the Utah school children who are being harassed and bullied and beaten, that they might find strength and hope and relief. We reach out to all the elderly who are still closeted and fumbling and stumbling on their way toward the closet door that they may find ways to resist, persist and exist in their truth. We reach out to the Baby Queers who need to know that we love them, embrace them and fight for them until they can fight for themselves. We reach out to all who struggle with their bodies, with their gender, with their sexuality, with their desires. Stonewall happened 50 years ago but it happened for all of them, for all of us."

It's true the first Pride was a riot. In that spirit, my LGBTQ+ brethren, whatever your personal act of defiance is—holding hands with your partner in public, bringing them along to a family dinner, inviting your parents to the parade or standing up for someone who's being backed into a corner—own it extra hard this weekend. Be unabashedly you. Be loud. Be fierce. And more importantly, be proud.