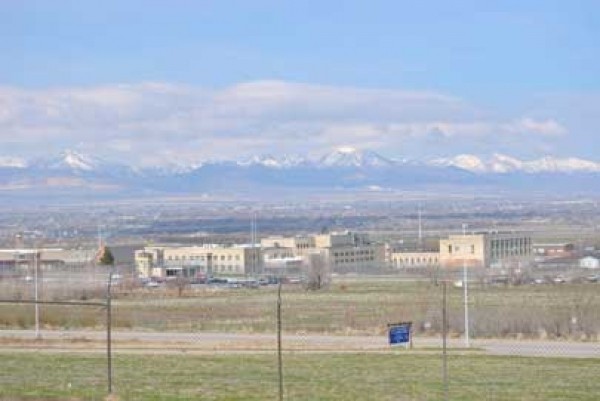 One of the big efforts by the 2013 Legislature was authorizing the Prison Relocation & Development Authority* to start taking proposals to relocate the Utah State Prison in Draper and unlock the prime real estate underneath it for commercial development. While estimates put the long-term benefit in the billions, the upfront bill for taxpayers could be as high as $600 million. That’s a cost lawmakers say could be made up in savings with a modern prison, or  possibly by diverting sales tax from the construction back into the project instead of city and county coffers.


But what if the state didn’t have to pay anything for the massive relocation project? According to documents City Weekly obtained through a government records request, one company has offered to pick up the entire bill for the state.


Corrections Corporation of America (CCA), a company that touts itself as the nation’s largest and most experienced private-prison operator, gave a letter to the Utah Prison Relocation and Development Authority (PRADA) on Nov. 6, 2012, offering to finance the entire relocation and construction project in exchange for running the prison and being paid for the beds filled daily by inmates in the system.


The offer came as a surprise to lawmakers like Rep. Mike Noel, R-Kanab, who, in the 2013 legislative session, tried to bar the state from even considering privatizing prison operations for fear that it would incentivize a company to treat inmates like commodities instead of human beings.


It’s a charge that is shared not only by conservative firebrands like Noel, but also sign-waving and megaphone-toting activists like Nathan Goodman of the Salt Lake City Prison Divestment Campaign. “This is the sort of deal that comes with a wide range of moral hazards,” Goodman says, pointing out that CCA’s bottom line is invested in mass incarceration. “The company’s own records state that their profits will be hurt if [legislation is passed] advancing serious reform of sentencing or parole policies.”


The PRADA board was formed in the 2011 legislative session to accept “requests for information” about the costs and benefits of relocating the prison and developing the land it rests on. In the 2013 session, Sen. Scott Jenkins, R-Plain City, passed Senate Bill 72, which allows PRADA to specifically accept “requests for proposals”—i.e., more concrete bids on the costs of relocating the prison. The bill surprised many when it advanced from the Senate floor after a late-evening session with last-minute language added to allow the new authority to accept proposals for the private operation of the prison.


In its pitch, CCA says it’s been in the private corrections business since 1983, managing 61 federal and state correctional facilities “with a total design capacity of approximately 91,000 inmate beds located in 20 states and the District of Columbia.” The company got its start housing a torrent of new inmates swept up in the war on drugs, which began in the early 1980s. CCA’s 2011 statement to investors warned that legislation lowering sentences for nonviolent offenders and the legalization of illegal substances could pose threats to the company’s profitability.


In early 2012, The Huffington Post reported that CCA sent letters to 48 states offering to buy their old prison facilities and rebuild them in exchange for long-term contracts that, in some cases, required states to ensure the prisons would be at least 90 percent full. The letter sent by CCA to the Utah PRADA board appears to offer a similar pitch as the 2012 letters sent to states reported in the Huffington Post article, though it did not specifically discuss contract terms.


Most lawmakers supported the option of accepting proposals for private operation of the prison in order to be flexible with the project, but many are highly skeptical. Noel, who led an unsuccessful attempt to rule out privatization in the recent session, says for-profit prisons have no incentive to rehabilitate inmates and reduce recidivism—the rate at which released prisoners offend again and are sent back into corrections.


“I believe in redemption,” Noel says. “I’ve got a reputation for being a real hard-ass, but in reality, I’m a pretty soft-hearted guy when it comes to people.” Noel says that private facilities can be run efficiently, but that they add to costs in the long run if they fail to rehabilitate offenders.


“If we don’t have programming to change individuals, then you’re just going to keep getting the same thing, you’re going to have a revolving door,” Noel says.


CCA spokesman Mike Machak, however, writes via e-mail that the company is dedicated to rehabilitation. “It is our responsibility to help inmates develop the life skills and values they need to be more productive members of society once released,” Machak writes, pointing out that CCA employs 63 full-time chaplains and helps 3,000 inmates receive their GEDs every year.


Noel also worries cost efficiencies in running a prison could come back to bite taxpayers if shortcuts result in lawsuits.


It’s a point stressed by activist Goodman, who says that CCA has faced numerous lawsuits. One lawsuit was filed in 2011 after a guard at a CCA facility in Arizona harassed a transgender inmate and forced her to ingest a cup of the guard’s own semen. CCA settled that lawsuit in February 2013. CCA also settled a 2010 lawsuit with the American Civil Liberties Union on behalf of prisoners in an Idaho facility who claimed mismanagement of the prison led to so much gang violence that they dubbed the facility the “gladiator school.”


Sen. Daniel Thatcher, R-West Valley City, sat on the previous PRADA board and hopes to keep his seat on the board when new appointments are made, so he can be sure to fight efforts toward privatization. Still, he recognizes that prison relocation won’t happen if lawmakers can’t finance the project in a way that doesn’t burden taxpayers. CCA makes a tempting offer in its letter, arguing that as of Sept. 30, 2012, the company had $59.2 million in cash and $124 million available in capital-credit financing. CCA also has out-of-state housing in which Utah could use to place inmates during construction of a new prison.


But Thatcher worries that “you get what you incentivize,” and if there’s a profit to be made in filling jail cells, then lobbyists will seek to have more “get-tough” crime laws passed that will unfairly bring the gavel down on Utah citizens.


CCA’s Machak says that claim is unfair, given a “strictly enforced and clearly defined” company policy against lobbying that could affect the length of inmates’ incarceration. Thatcher, however, says it’s a danger in general when the state does business with the private-prison industry.


“All I have to do is show the data that any time a state privatizes corrections, the first thing that pops up is a lobby group trying to over-criminalize and over-sentence every damn thing in the universe,” Thatcher says. “I’m actually working on exactly the opposite of that.”


* Editor's Note: This article has been updated to correct the role of PRADA in the prison relocation.