The moral cops and Prohibitionists have been wrong for 40 years. 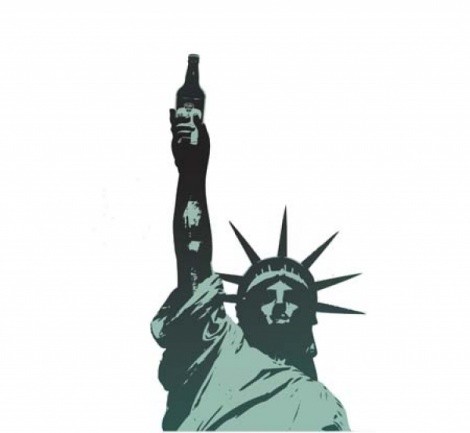 The first private club I ever entered was the old Club 39 on 3900 South. It eventually fell to make room for the expanding St. Mark’s Hospital, but not before the club took on other names like the One More Time Club and Oscar’s. Club 39 was a classy place from front to back, with patrons dressed to the nines, a raised dance floor, oil curtains, stylish waitresses, fast bartenders, fine food and music provided by a steady stream of Vegas-style lounge acts. I used to visit my cousin, Joe Mannos, who was tending bar.

I didn’t have a fake ID. I just dropped Joe’s name, and they let me in. It wasn’t very hard for minors to get into clubs. That was especially true of minors with money, and Club 39 attracted the best of that bunch. I remember a guy younger than I who drank top-of-the-line Chivas Regal and who reserved a prominent table every Friday night. I saw young guys light cigarettes with $100 bills—worth $500 today. I once saw Utah Stars center Moses Malone at Club 39 despite the fact that everyone in Utah—cops and vice included—knew he was barely out of high school.

Times change. Some years ago, Britney Spears tried to get into Port O’ Call after a Salt Lake City concert. When told to produce an ID, she said something like, “Don’t you know who I am?” to which the doorman said, “Yes, I do, and that’s why you’re not getting in.” She didn’t get in. Chivas Regal has been knocked off the shelf by a wide range of even better Scotch whiskies. Club patrons no longer store their personal bottles in club liquor lockers. Bars can no longer sell liquor to go. Clubs can now advertise nearly unfettered, and they’re open at more normal hours. The mini-bottle is gone. Private clubs are gone, too—mostly. For some reason, a handful of current clubs want to remain “private.” Yeah, OK, right, uh-huh.

When I was asked to write about the changes I’ve seen in Utah liquor laws—again—I wasn’t warm to the idea. After all, for 25 years, my calling card has read, “John Saltas: He who hates Utah’s liquor system and has built a tri-county media empire just by saying so.” What more can I say about Utah’s dumb laws and the dumber politicians who make them? I’ve been threatened with all kinds of monetary harm. This paper has been condemned. I’ve been associated with the devil. You readers have, as well. So, it’s with no particular joy that I watch the most recent change come about—getting rid of private clubs has been the primary issue and central theme of liquor-law critics for nearly four decades. Trying to control people who go to clubs does not equate to liquor control. Someone finally got the memo.

Utah took a social inclination, an adult prerogative, and compounded it into a major heath and public-safety issue— meanwhile, making everyone else associated with liquor liable for the damage the state harvested. It required that when a mini was ordered, a patron was entitled to the whole thing. If a customer wanted what was called a “split,” a half mini-bottle drink, the bartender usually gave the other half of the bottle to the customer. As often as not, the customer just poured it into their half drink, making it a full one. By avoiding long pours, Utah basically outlawed the short pours.

If, however, a bartender kept the half-poured mini-bottle behind the bar and didn’t label it properly, the club could be cited for violating open-container laws. If the bartender threw the half-bottle of booze away, he had an angry customer. If he managed to collect half-bottles of booze all night, he could pour newly ordered drinks from those bottles, thus cheating the house, the state and customers, too. Some kind of control, eh?

Everything was out of control, and the people who could have done something about it stood on their moral pillars and looked skyward. They can go to hell. Back when I first started going to Club 39, for instance, if you didn’t finish your drink inside the club, or if you left at closing time, you just poured your drink into a paper cup and headed out the door. That was clearly wrong, but Utah’s best religious and political minds remained more concerned with how many 10-packs of rum were sold on a given night, how many members a private club had and what the food-to-alcohol ratio was for clubs and restaurants statewide.

The moral cops and Prohibitionists have been wrong for 40 years, and they’re wrong about the demise of private clubs. It’s like they’re cheering for highway accidents just as Utah enters an era of near-normalcy. Without worrying about all the tangential waste of time—and industry fear of the DABC—that memberships brought to the private-club era, clubs now can concentrate on keeping minors and troublemakers out. I say that as a hypocrite of the first order, for it was only after hanging out in Club 39 for nearly a year that I became a bartender there on my 21st birthday. Cheers or jeers? I can’t decide.