Whistleblowers, wealth gaps and more stories you haven't heard about thanks to America's ever-shrinking news media 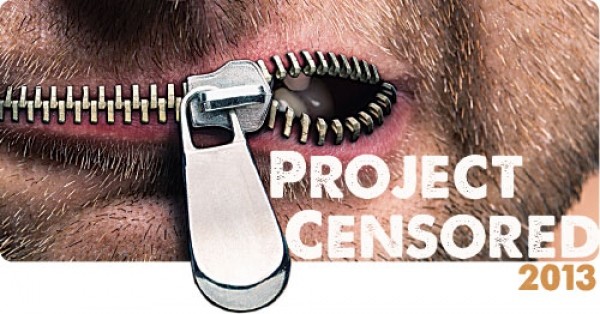 So how exactly were they “censored,” and what does that say of this venerable media watchdog project?

Project Censored isn’t only about stories that were deliberately buried or ignored. It’s about stories the media has covered poorly through a sort of false objectivity that skews the truth. Journalists do cry out against injustice, on occasion, but they don’t always do it well.

That’s why Project Censored was started in 1976: to highlight stories the mainstream media missed or gave scant attention to. Although the project initially started at Sonoma State University, academics and students from 18 universities and community colleges across the country now pore through hundreds of submissions of overlooked and underreported stories annually. A panel of academics and journalists then picks the top 25 stories and curates them into themed clusters. This year’s book, Censored 2014: Fearless Speech in Fearful Times, hit bookstores in early October.

What causes the media to stumble? There are as many reasons as there are failures.

Brooke Gladstone, host of the radio program On the Media and writer of the graphic-novel-cum-news-media-critique The Influencing Machine, says the story of Manning (who now goes by the first name Chelsea) was the perfect example of the media trying to cover a story right, but getting it mostly wrong.

“The Bradley Manning case ... for far too long centered on his personality rather than the nature of his revelations,” Gladstone says. Manning’s career was sacrificed for sending 700,000 classified documents about the Iraq war to WikiLeaks. But the media coverage focused largely on Manning’s trial and subsequent change in gender identity.

Gladstone says that this is part of the media’s inability to deal with vast quantities of information, which, she says, “is not what most of our standard media does all that well.”

The media mangling of Manning is No. 1 on the Project Censored list, but the shallow coverage this story received is not unique. The news media is in a crisis, particularly in the United States, and it’s getting worse.

WATCHING THE WATCHDOGS
The Project for Excellence in Journalism, which conducts an annual analysis of trends in news, found that as revenue in journalism declined, newsrooms have shed 30 percent of their staff in the past decade—The Salt Lake Tribune laid off 22 people in 2013, more than 20 percent of its staff. In 2012, the number of reporters in the United States dipped to its lowest level since 1978, with fewer than 40,000 reporters nationally. This creates a sense of desperation in the newsroom, and in the end, it’s the public that loses.

“What won out is something much more palpable to the advertisers,” says Robert McChesney, an author, longtime media-reform advocate, professor at University of Illinois and host of Media Matters from 2000 to 2012.

Even worse than kowtowing to advertisers, McChesney says, is the false objectivity the media tries to achieve by neutering its news to stay “neutral” on a topic. This handcuffs journalists into not drawing conclusions, even when they are well-supported by the facts. In order to report a story, they rely on the words of others to make claims, limiting what they can report.

“You allow people in power to set the range of legitimate debate, and you report on it,” McChesney says.

Project Censored stories reflect that dynamic—many of them require journalists to take a stand or present an illuminating perspective on a set of dry facts. Reporting on the increasing gulf between the rich and the poor is easy, but talking about why the rich are getting richer is where journalists begin to worry about their objectivity, Gladstone says.

“I think that there is a desire to stay away from stories that will inspire rhetoric of class warfare,” she says.

Unable to tell the story of a trend and unable to talk about rising inequality for fear of appearing partisan, reporters often fail to connect the dots for their readers.

For example, researchers point to interest payments as the primary way wealth is transferred from Main Street to Wall Street (see story 8, p. 22). It’s how the banks are picking the pockets of the 99 percent. But if no politician is calling out the banks on this practice, if no advocacy group is gaining enough traction, shouldn’t it be the media’s role to protect the public and sound the battle cry?

“So much of media criticism is really political commentary squeezed through a media squeezer, and it comes out media-shaped,” Gladstone says.

McChesney says journalism should be a proactive watchdog, independently stating that something needs to be done. He says there’s more watchdog journalism calling out inequity in democracies where there is a more robust and funded media.

And they often have one thing we in the United States don’t—government subsidies for journalism.

No matter what the ultimate economic solution is, the crisis of reporting is largely a crisis of money. McChesney calls it a “whole knife in the heart of journalism.”

For American journalism to revive itself, it has to move beyond its corporate ties. It has to become a truly free press. It’s time to end the myth that corporate journalism is the only way for media to be objective, monolithic and correct.

The failures of that prescription are clear in Project Censored’s top 10 stories of the year:

1. Manning and the Failure of Corporate Media
Untold stories of Iraqi civilian deaths by American soldiers, U.S. diplomats pushing aircraft sales on foreign royalty, uninvestigated abuse by Iraqi allies, the perils of the rise in private war contractors—this is what Manning exposed. They were stories that challenge the U.S. political elite, and they were only made possible by a sacrifice.

Manning got a 35-year prison sentence for the revelation of state secrets to WikiLeaks, a story told countless times in corporate media. But as Project Censored posits, the failure of our media was not in the lack of coverage of Manning, but in its focus. 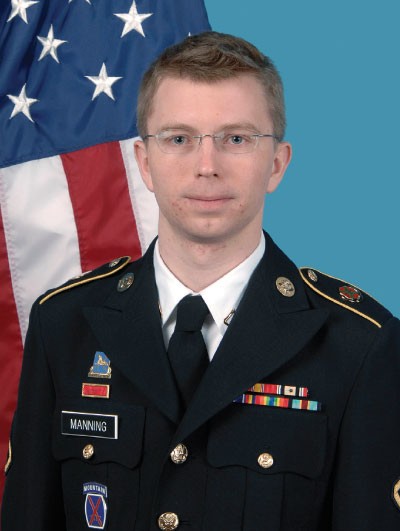 Though The New York Times partnered with WikiLeaks to release stories based on the documents and published many from 2010 through 2011, news from the leaks have since slowed to a trickle—a waste of over 700,000 pieces of classified intelligence giving unparalleled ground-level views of America’s costly wars.

The media took a scathing indictment of U.S. military policy and spun it into a story about Manning’s politics and patriotism. As Rolling Stone pointed out (March 2013, “Did the Media Fail Bradley Manning?”), Manning initially took the trove of leaks to The Washington Post and The New York Times, only to be turned away.

Alexa O’Brien, a former Occupy activist, scooped most of the media by actually attending Manning’s trial. She produced tens of thousands of words in transcriptions of the court hearings, and was one of the few reporters on the beat.

The International Consortium of Investigative Journalists obtained a leak in April 2013, revealing how widespread the buy-in was to these tax havens. The findings were damning: Government officials in Canada, Russia and other countries have embraced offshore accounts; the world’s top banks (including Deutsche Bank) have worked to maintain them; and the tax havens are used in Ponzi schemes.

U.S. Sen. Carl Levin, D-Michigan, introduced legislation to combat the practice—Senate Bill 1533, The Stop Tax Haven Abuse Act—but so far, the bill has had little play in the media.

Henry says the hidden wealth was a “huge black hole” in the world economy that has never been measured and could generate income-tax revenues between $190 billion and $280 billion a year.

3. Trans-Pacific Partnership
Take 600 corporate advisors, mix in officials from 11 international governments, let it bake for about two years, and out pops international partnerships that threaten to cripple progressive movements worldwide.

The Trans-Pacific Partnership is a trade agreement, but leaked drafts show that it may allow foreign investors to sue national and state governments and extract extravagant extra damages for laws that could cause a loss of “expected future profits,” according to the Public Citizen’s Global Trade Watch.

The trade-watch group investigated the TPP and is the main advocate in opposition of its policies. The AFL-CIO, Sierra Club and other organizations have also had growing concerns about the level of access granted to corporations in these agreements.

With extra powers granted to foreign firms, the possibility that companies would continue moving offshore could grow. But even with the risks of outsized corporate influence, the United States has a strong interest in the TPP in order to maintain trade agreements with Asia.

The balancing act between corporate and public interests is at stake, but until the United States releases more documents from negotiations, the American people will remain in the dark.