The King of Confidence explores a historical figure and our American fascination with "the big lie."

When Joseph Smith was murdered in 1844, Brigham Young succeeded him as leader of the fledgling Church of Jesus Christ of Latter-day Saints. But according to James Strang, he had a letter directly from Smith himself naming Strang as Smith's chosen successor. And in a time where savvy individuals could convince some people of anything, he managed to recruit plenty of followers who believed him.

The fascinating historical story of James Strang is the focal point of The King of Confidence, a new book by author and DePaul University English professor Miles Harvey. He traces Strang's life from a very similar upstate New York upbringing as Joseph Smith, through various misadventures and shady dealings that eventually led him to declare himself not just leader of a religious movement, but the king of an island in the middle of Lake Michigan.

Harvey recalls his first encounter with Strang's offshoot band of Mormonism as being 15 or 20 years ago, when a family member mentioned it during a trip to Wisconsin. But the idea for the book itself actually came as a suggestion from Ben George, an editor at Little Brown Books. "I've had situations like that before that weren't going to work out," Harvey says, "but when [George] started telling me about it, I went off and did some research. Unlike almost any other book I'd written, I knew not only that I wanted to write it, but how I wanted to write it."

For Harvey, that meant telling a story not just of James Strang, but of the antebellum American society that made self-styled prophets, con artists and would-be utopian leaders so appealing to so many people. Not only was the tension between slave and free states creating the growing threat of civil war, but technological innovations and radical new concepts—like those of Charles Darwin and Karl Marx—were disrupting the way people understood the world.

"It was a time of absolutely seismic, dramatic change and upheaval—technologically, politically, socially, demographically, economically," Harvey says. "I think there are times in our shared history when reality becomes a little porous, in good ways and bad. This was a time of really exciting new ideas, but with those enthusiasms come the possibility of people who take advantage of this lack of firmness in our ideas about what the truth is. ... . I saw Strang from the start as this lightning rod for all the craziness, all the enthusiasms, all the apocalyptic nightmares of the 19th century."

As Harvey was writing The King of Confidence, it became impossible not to see an analogy between Strang's era of "porous reality" and our own, in which another charismatic leader has managed to appeal to followers despite a ... questionable relationship with trustworthiness. "My time writing the book almost exactly parallels [Donald] Trump's candidacy, election and presidency, so it was inevitable that I would think of parallels between Strang's time and mine," Harvey says. "I learned about Trump and the current moment from Strang, but I also learned a lot about Strang from Trump. ... I'm an English professor, and I believe strongly about the importance of the humanities. The promise, and the payoff, of the humanities is they help us understand the present and the future through the past."

One of those key understandings that Harvey came to through his research is that our American culture may be more prone to falling under the thrall of deceivers, because we almost come to respect their manipulative skills. Strang, for example, firmly rejected polygamy and claimed he would never support it—right up until the point where he started taking multiple wives himself, at which point it became doctrine. "I do think maybe there's something American about figures like Strang," Harvey says. "When Charles Dickens visited America, he said it's not just that we have con men, but that we celebrate con men. ... I think we're more prone to the big lie; we have some admiration for the big lie. For just the audacity: You said the exactly opposite thing yesterday, and now you're saying, with a straight face, this thing today!"

Notwithstanding the similarities his story suggests to our own time, James Strang emerges in The King of Confidence as a fascinating character—a short, balding fellow nevertheless able to draw people into his sphere—surrounded by an equally colorful supporting cast of deceivers and frauds. "What I loved about [Strang] is his contradictory nature," Harvey says. "When you're writing, you want three-dimensional characters. He definitely had a charisma that defies his photograph.

"This was the age of the self-made man, and this great period of self-invention. There's so many figures in America at this time that are completely re-inventing themselves. In some ways, we don't have to comment on whether they're fraudulent or divine. ... As a self-inventor, he's extraordinary." 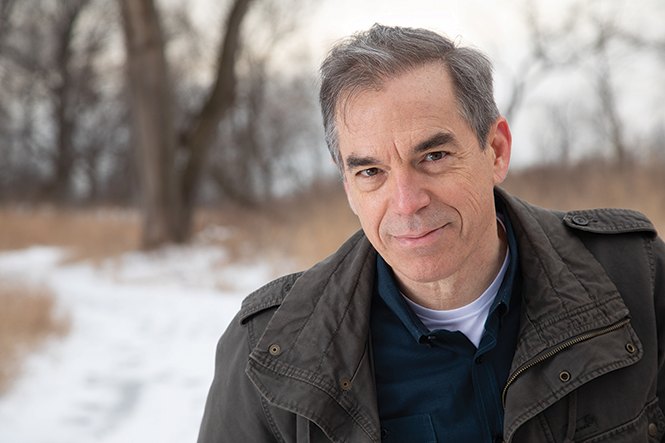