Pumpkin Pie Shooters At Jam
SLC’s Marmalade district gets very festive each year around this time and Club Jam (751 N. 300 West) is adding some spice to the area with drink and revelry. As usual, you can grab the Orange Creamsicles or $5 Long Islands if you need to imagine you’re not in the freezing cold, or try the new pumpkin-pie shot if you want to cozy up to the season with the cutest (male) bartenders in town.

Patron Thursdays: A Tony Time
Patron Tequila is one of the best sipping tequilas around, and Tony’s Bar (3615 S. 1300 East) has made a glass super affordable at only $3, along with Patron’s German cousin—Jagermeister—on Patron Thursdays. Also, check out DJ Bentley as he plays the music that has made him such a popular DJ in the area.

Rye Rye @ W.
M.I.A.’s prodigy, the well-named Rye Rye, is coming to W Lounge (358 S. West Temple) for an amazing dance party Thursday, Dec. 9. This hot young thing’s style is hard to explain and best understood on the dance floor. See what the fuss is regarding her new, as-yet-unreleased album as she performs tracks produced by some of the best up-and-coming producers in the dance biz. Get there early to check out local spinstress and G-Elect artist Chic Bangs when she opens the show. 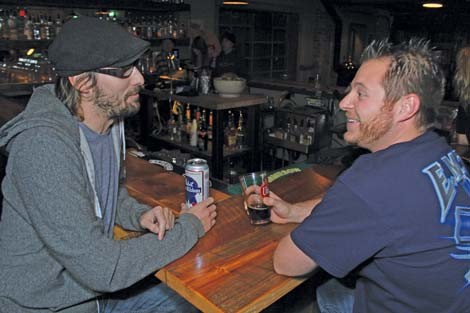