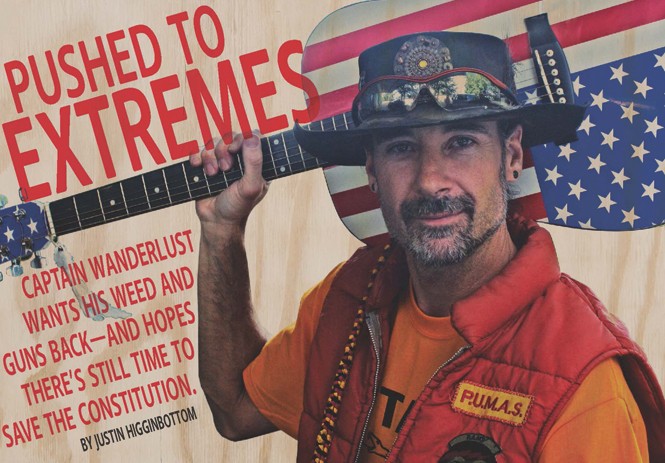 In spring of 2014, Stephen Dean was at Cliven Bundy's ranch in Nevada during a stand-off. Dozens of militia members—the patriotic type, many well-armed and dressed with the preferred number of cargo pockets for combat—held the line against Bureau of Land Management rangers. The dispute had something to do with cows.

A couple of months later at Dee's Restaurant in Sugar House, over a hamburger, fries and fry sauce, Dean is giddy talking about the encounter. Just imagine: a line of protesters, cowboys and militiamen all on horseback, refusing to obey BLM orders to vacate.

He is talking about the horse: It's a symbol of the Wild West, he explains, as well a sign of power and strength in American Indian culture.

"You definitely had 'We the People' coming at 'em," says Dean. (Every once in a while, as if it were a patriotic tic, he throws in "We the People" while talking.)

"We didn't want to shoot anybody, but ... I guarantee, if one shot would have popped off ... they would have died. Every one of them would have died," says Dean. It's unclear whether he means the militiamen or the rangers. Probably both.

Dean told a CNN interviewer at the ranch that "tyranny in government" brought him to Nevada, and he was described as a member of the People's United Mobile Armed Services militia. But, unlike other militia members, he wasn't armed. He was there with his didgeridoo.

"I'm hoping you can see the brilliance of the 'armed' part of this," Dean says. "You see, I'm attacking the psyche. ... You want me to blow my didgeridoo into your third eye for half an hour? That'll wake you up."

At one unpredictable moment, he suddenly stands in the diner to show a leather gun holster on his hip, only to pull from it a mobile phone.

He really didn't bring a gun to Bundy's ranch because it is illegal for him to carry a firearm in the United States. And this fact has had life-altering ramifications.

Stephen Dean calls himself Captain Wanderlust on his Facebook page. He is a self-described militia leader, state coordinator of a fringe constitutionalist organization known as the National Liberty Alliance, and a felon.

Every militiaman has a story.

Making of a Militiaman
Growing up, Dean describes himself as just your average Mormon kid. He wasn't very political. He liked adventures, hiking, exploring. He knows Utah "like you wouldn't believe."

Things changed in 1999 as Dean was working at an adventure club when, at age 30, he had unlawful sex with a minor.

"We had consensual sex. For three days in a row. The problem with it was, a 17-year-old can't give consent. ... I'm not trying to downplay it. It was wrong," Dean says.

He sounds like he gets it. Nevertheless, three nights of sex with a minor is three third-degree felonies. Even after he got two charges dropped, he had fines to pay, group therapy to attend, and was placed on the sex-offender registry. His face would come up in a database if his name was searched. He says getting a job with a felony was difficult.

But what really got to him was not being allowed to own a gun or ammunition. Like many good Mormon kids, he grew up in a culture of owning firearms. Suddenly, he found himself one of the millions of felons in the country who cannot bear arms.

It was enough to turn him into a Second Amendment activist.

"It started there," Dean says.

He spent more than a decade on probation, all the time thinking about these kinds of things, growing bitter towards the government. And before his final parole-officer visit, he looked in the mirror, and stuffed two live .22-caliber bullets in the gauged holes of his ears. In his mind, he was using his First Amendment rights to protest not having Second Amendment rights.

When the parole officer saw his ears, he recalls, he was immediately searched and handcuffed. A couple of weeks later, police arrested him at work. He was sentenced to a year and a day in a federal penitentiary.

Federal prisons have a unique culture, Dean explains. For example, when you arrive as a prisoner, you meet with leaders of a gang corresponding to your race. And one of the first questions his newly acquainted white gang members asked him, Dean says, was why he is a felon.

He says he pleaded, begged, told the gang members to give him just one chance, a little time. He could get a letter from the girl's mother explaining the whole situation. He wasn't a pedophile.

He was in general population for less than a week before he was placed in solitary confinement for his own safety. "This is where they put prisoners who kill cops," says Dean with an incredulous stare. 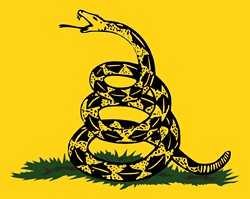 They called it "the SHU." And he stayed there for around nine months, getting only one hour per day to walk around in an outdoor cage.

Placing an inmate in "involuntary protective custody" is a common practice in prisons across the country. According to the Bureau of Justice Statistics, in 2011, more than 80,000 inmates had been placed in solitary confinement, a large number of those for protective custody.

But, even while in solitary, Dean says, he still had to deal with the other inmates. When they passed, he claims, the guards would let them kick the steel door, the sound reverberating off the concrete walls of his cell. They would keep him awake. They would shout, "pedophile" and "child molester."

"I'm sitting there braiding parts of my bed sheet, not even conscious to what the fuck I'm doing. ... Like, your mind starts to play tricks on you. You start looking at your veins, you know—your mind's weird when you want to check out, when it's so painful, when it hurts so much. You're so alone. You haven't seen the sun for five months," he says, now with anger in his eyes.

He took some solace in reading. Friends sent him things printed from the Internet—"patriot stuff."

And when he got out in November 2011, he was ready for the revolution; that idiosyncratic type of revolution favored by the Old Right and followers of Alex Jones. Not only was he ready—he wanted to participate. He wanted to be on the front. Like at Bundy's ranch.

"Because if it wasn't me, who? And if not now, when?" says Dean, sounding very patriotic indeed.