Local photographer fights to Keep the Politicians Out of Our Vagina with powerful photo series. 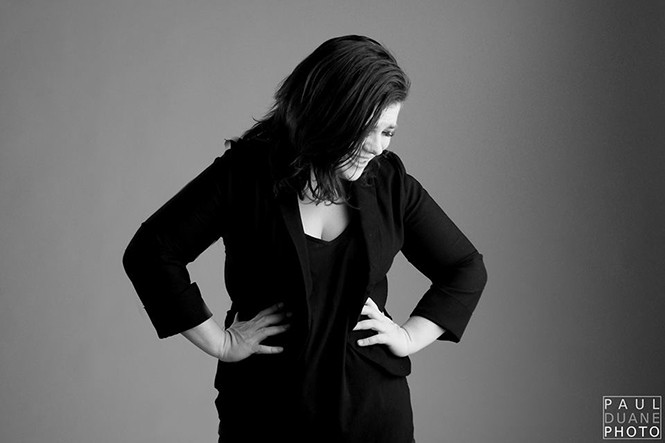 Think you're an activist? Cat Palmer will put you to shame—in a good way. This local artist/photographer—who was chosen as a staff pick for Best Feminist in City Weekly's 2016 Best of Utah—will inspire you to do more. As most of you probably know, our state isn't the most favorable when it comes to women's rights. But Palmer's doing something about it—a lot of things, actually—like her recent three-part photo series called Keep the Politicians Out of Our Vagina (check it out at CatPalmerPhoto.Blogspot.com). Each part has a different theme protesting various political issues, and all feature nude, faceless women (and a handful of men) with powerful messages written on their bodies.

What projects have you been involved in recently?
I was on the committee for SlutWalk, which is where we're trying to promote consent culture and get rid of rape culture. And we just finished the third round of Keep the Politicians Out of Our Vagina, and this round was called "You Can't Grab This," which was inspired by Trump's recent election, and the derogatory things that he says about women—not just recently, but over his entire career. I was also part of a documentary [by The Salt Town Saints] called Coat Hangers. ... We hung 2,000 coat hangers up at the State Capitol for this art activism piece, and some HBO filmmakers interviewed me about my experiences and why I support Planned Parenthood.

How did people respond to the coat hangers?
I was expecting way more backlash. ... I don't think it's really gotten the traction it deserves yet. When we did it up at the Capitol, and it's like 6 a.m., and it's finished, and we're leaving, somebody was yelling at us—there's a lot of joggers, believe it or not—these cute little old ladies. And we were horrified. We were trying to get out of there, and we didn't know if we were going to get in trouble. Then we heard them say, 'We love it! This is amazing!' And we were, like, 'Oh, OK, good.' So I was surprised. I've only had minimal amounts of backlash so far.

What do you fear could happen under our incoming government?
My main concern is people in marginalized groups whose voices aren't always heard, that their voices are going to continue to not be heard ... that their rights could be in jeopardy, and I'm just talking human and civil rights. I feel we've elected a bully as a president, and people now think that they've been given permission to be a bully. And it's something that's very real in this stage.

At this point, how can people stop these things from happening?
On a very simple level, when you see something happening—especially men—if you see someone saying objectifying, misogynistic things to women, speak up. Say something, because your silence is just as bad as the people that are doing these things. We really need a community, and we really need people to have our backs. ... Support one another. ... Also, research news sources and facts before you share them. I see a lot of misinformation constantly out there. And that's a problem. People are just perpetuating false news and incorrect information, and it causes damage, and it causes divide. ... It's really important to continue to educate ourselves more as well.