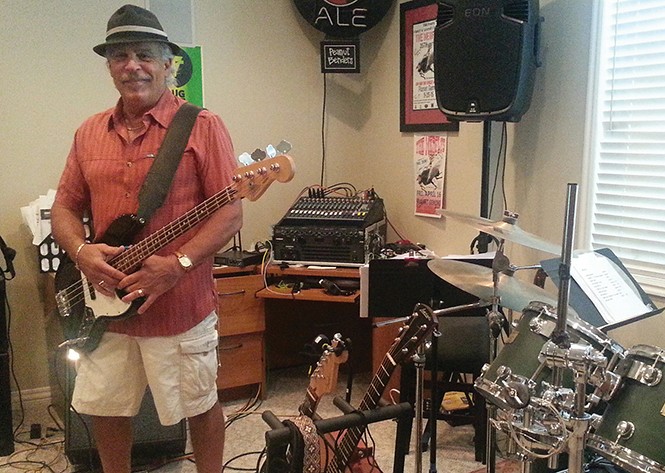 Rico Plautz went from Army brat, to computer programmer, to mobile data developer, to extraordinary philanthropist, playing in rock bands all along the way.

What was growing up in an Army family like?
My dad was assigned to the Redstone Arsenal in Huntsville, Ala., when I was a kid. The most thrilling event I remember was when he took me to work to see the Saturn rocket up close. That was amazing. In grade school and in high school I loved pop music and wanted to be a guitar player, but I kept running into so many of other kids who had experience and just didn't need another guitarist. But they needed someone to play the bass, so I took it up. At age 15, kids on the Army post started our first band, Sound Sensations. We made good money playing at the skating rink and teen club.

How did you end up in Utah?
My dad retired from service and moved us to Salt Lake where I went to Judge Memorial High School. I formed a band with other kids, called Peanut Benders, and we are still together almost half a century later. After high school, I graduated with a major in computer science from the University of Utah in 1975 and was a career programmer for Sperry Corp. in Salt Lake City until the mid-'90s. More recently, I got involved with a startup and did interesting work in Wi-Fi, mobile technology and early Bluetooth development.

All the while, you kept up music. How did you get into philanthropy?
Our high school band Peanut Benders stayed together and we have been playing for charities including muscular dystrophy, multiple sclerosis, and more recently St. Jude Research Hospital for Children. One of our band members' daughters, Savannah, developed a brain tumor at age 7 and St. Jude took her in and helped her and her family for many years. So, we created the Savannah Song Committee in her honor raising $27,000 the first year and increasing to $65,000, $140,000, and $187,000 this past year for St. Jude. We have set a new goal going forward of $1 million.

That's quite an accomplishment. What else have you been doing?
My wife and I have done some traveling. I am also happy to visit my two sons and our grandchildren. I am proud that I got my sons into music and they play drums and guitar and bass. I am part of a different band that is into rock, it's called Bone Pile. We've played at Salt Lake area places like A Bar Named Sue and we are in regular rotation at Barbary Coast on State Street.

When is your next Peanut Bender fund raising event?"
In November we will be at the Hidden Valley Country Club working to raise that million for St. Jude.