10 local acts to get behind now.

First things first—picking 10 artists to watch in a city as stuffed to the gills with talent as Salt Lake City is a tall order. This list could be easily expanded and endlessly debated, incorporating the new talent that pops up in our fair metropolis all the time and the old standbys stretching their creative legs in surprising new ways. But for now, this brief compendium provides a peek into our thriving music community circa 2019. In it, you'll find a mix of fresh fast risers, hidden gems waiting to launch and old-school favorites on a new tip. These are our 10 Salt Lake City acts to watch. Maybe we'll even figure out a way to get a few of them to collaborate dream team-style in the future. Without further ado ... 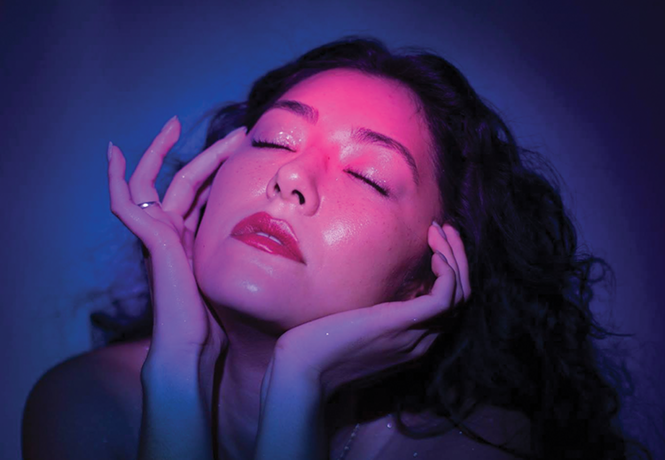 1. Marina Marqueza. To some listeners, this Japanese-Venezuelan electro-pop artist might be new. Sure, their self-produced debut album, Orbit Pluto, just came out in January. But Marqueza's been around for some time, channeling their synth-driven, R&B-inspired influences into heart-stopping performances on the Craft Lake City stage and at other one-off local events. (Before they ever released an album, City Weekly even nominated them for a Best Pop Artist in Utah award). With fresh press from outlets like Remezcla and a message of healing, love and support for immigrant and queer/trans communities, Marqueza has a bright future ahead of them—especially as they spread the message of SLC's diversity and inclusion to a burgeoning international audience. Catch them Saturday, April 6, at Kilby Court. 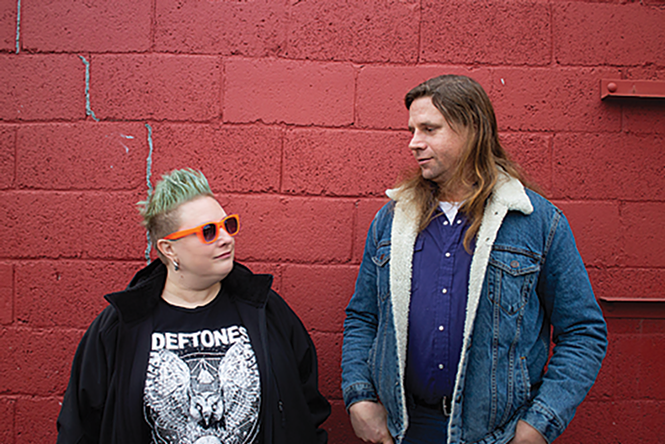 2. The Violet Temper. For a duo, Lindsey Heath and Cache Tolman make an unholy racket, combining everything from avant-jazz to heavy metal alternative rock into a new sound the two call "doom shoegaze." Don't let that complicated description turn you off, however; if you like music with a pulsating heart, mind-blowing chops and stylistic nods to everyone from The Smiths to Swans to Smashing Pumpkins you'll love The Violet Temper. After their album release show in December and follow-up performances earlier this year, TVT took a moment to regroup, but as of this week, they are back spreading their astral vibes once more. 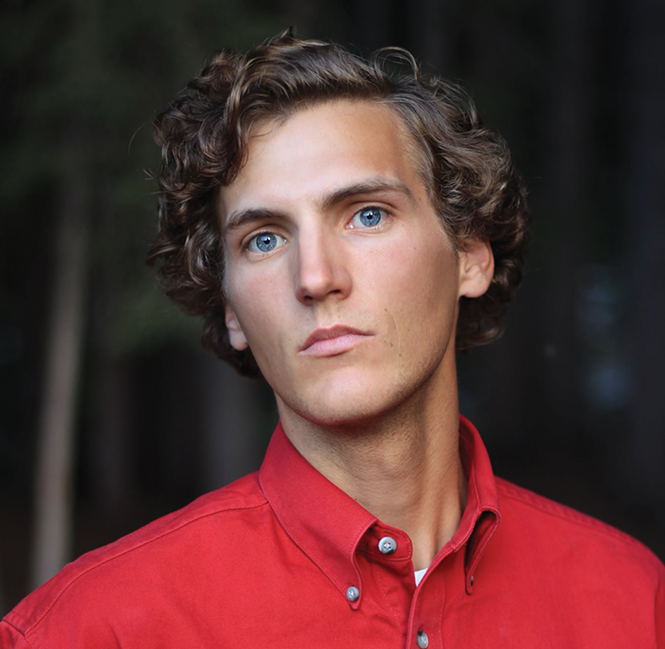 3. Branson Anderson. Although he hails from Logandale, Nev., a sleepy desert town founded in the 1860s and now known as the home of the Clark County Fair and Rodeo, Anderson now calls Utah home, living in a camp trailer and digging into life as a sort of modern-day Dust Bowl troubadour. Avoiding traditional song structures in favor of a talking-blues style reminiscent of Bob Dylan, Johnny Cash, Robert Johnson and Jack White, Anderson's 2017 debut album, Graydog, and his forthcoming follow-up, Applecore, Baltimore, were both produced by Utah folk-blues icon Joshua James. Opening stints for outlaw country artists like Corb Lund and Charlie Parr have given Anderson the opportunity to hone his timing and delivery. Stay tuned for album release shows to come this summer. 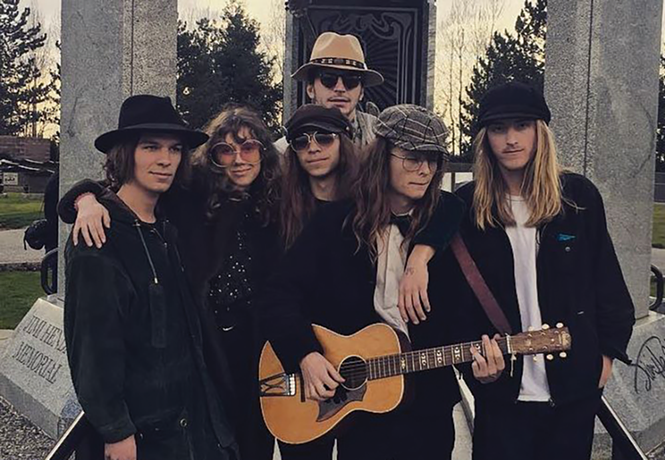 4. Ol' Fashion Depot. These nü-blues prodigies were unofficially passed the Salt Lake City torch when harmonica master Tony Holiday decamped for Memphis. If Ol' Fashion Depot's recent blizzard of tour dates is any indication, their live show should be tight as a drum. But it's the psychedelic sensibility that J-Rad Cooley, Josh Karrick, Josh Fox and Burny bring to their Midnight Sessions (three of which are available on Bandcamp) that set this quartet apart. Part revivalists honoring blues tradition, part futurists barreling into a brave new world and part shape-shifters who both represent Salt Lake City and stand alone, Ol' Fashion Depot are a force of Mountain West nature. If you like jazz, blues, rock 'n' roll and soul, don't miss any of this band's many upcoming gigs. 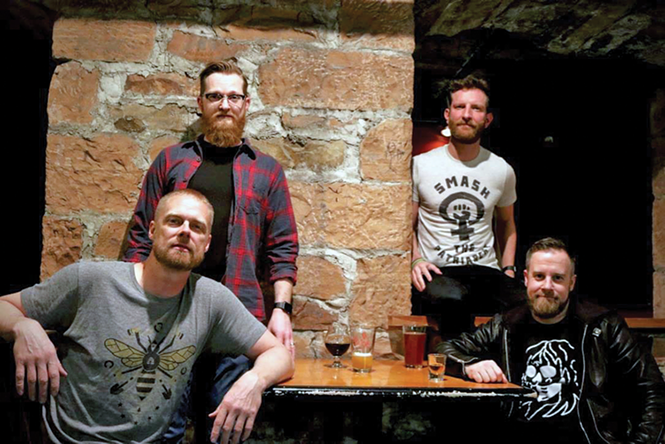 5. Swarmer. Desert music never sounded so good. Hearkening back to the good ol' days of Kyuss—the sun-drenched stoner band that preceded Queens of the Stone Age—Swarmer pieces together different permutations of rock and metal into a singular blend. Its four band members have done time in past bands like Accidente, Bird Eater, Cherubin, Day of Less, Drowning By Numbers, Form of Rocket, Gaza, Laughter, Motherkilljoy, Pilot This Plane Down and Team Dead—and all those influences are evident on One Pound, Swarmer's debut EP. Out last December, it combines the ferocious roar of heavy metal with the spacey breakdowns of psychedelia. 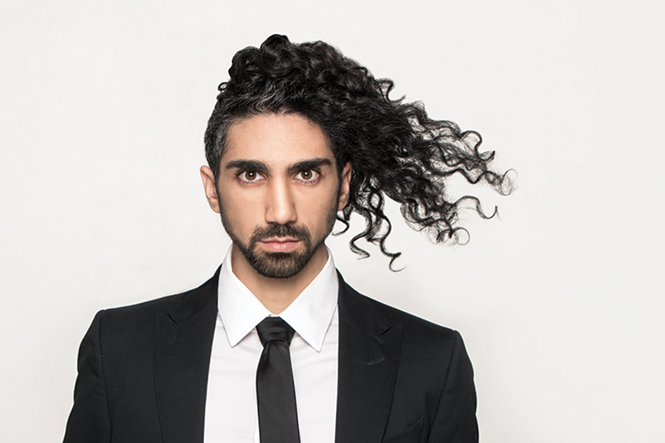 6. Amin "Shahzad" Adibnazari. Although Salt Lake City has a small but thriving Iranian-American community—most notably represented by former Congressional candidate and current Salt Lake County Councilwoman Shireen Ghorbani—Amin "Shahzad" Adibnazari might be the first Iranian-American rapper to come out of the Beehive State. With a unique cultural background and experience working alongside producers and sound engineers from Capitol Records and Sterling Sound, Shahzad's newest single "On My Own" combines the passion of an underrepresented background with a razor-sharp lyrical tongue honed by poetry studies and ready to lay waste to weaker MCs. Following the positive blueprint laid out by MC predecessors like Black Thought, Mos Def and Lupe Fiasco, Shahzad writes in search of freedom and peace from the struggles he's experienced. No matter where you're from, that's a universal human perspective. 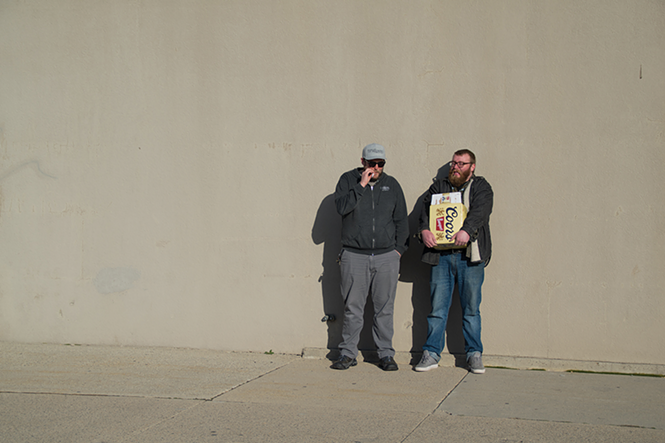 7. Baby Gurl. It's been more than three years since Jordan Fairbanks and Chris Wadsworth released new music as Baby Gurl, their anarchic two-piece noise-rock outfit that in 2016 won City Weekly's runner-up award for Best Live Act in Utah. However, the terrific twosome played a handful of shows in late 2018 that got longtime fans fired up for their particular brand of gleeful, gender-fluid jams (see past favorites like "Gay for Gallops," "Tuna in the Key of Pussy" and "Acoustic Wheel Chair Song," along with Baby Gurl's cult favorite split EP with Gaytheist. Yes, you'll most likely find them in a middle of most lineups; they recently threw their weight around at a fundraiser for new all-ages Ogden venue The Co-Op, but last summer they did headline a show in Denver. Could further top-tier gigs be on the way for the duo? If Fairbanks and Wadsworth, who call themselves fellow Farts-a-Lots on Facebook have any say in the matter, we probably won't know until the night before it happens. But that will make the next big Baby Gurl moment that much more special. 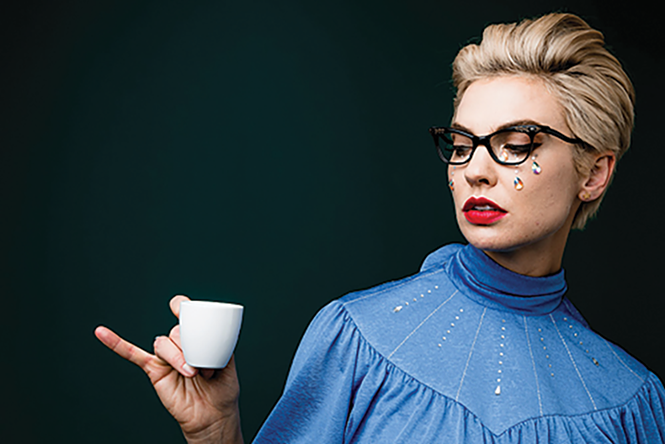 8. Mindy Gledhill. Talk about a riveting story: When Mindy Gledhill reached out to City Weekly earlier this year to talk about her new album, Rabbit Hole, she didn't shy away from the way her music directly addresses her break with The Church of Jesus Christ of Latter-day Saints. Once an LDS-approved recording artist famous for her sunny folk-pop, Gledhill's tunes now hit both slick R&B production notes and wrenchingly emotional lyrical perspectives. As an outspoken ex-Mormon unafraid to address Utah's patriarchal religious culture, she's now attracting the biggest crowds of her career, selling out shows in New York, Boston, San Francisco and other major markets. In early May, she returns home to The State Room for a triumphant celebration of what's sure to be one hell of a 2019. 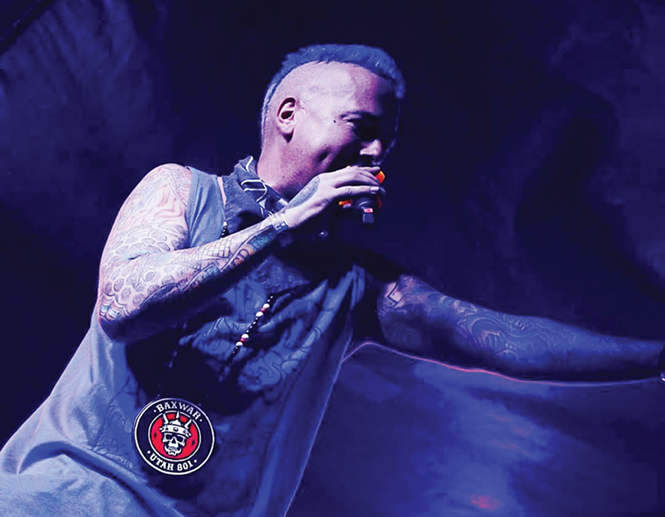 9. gLife. George McDonald is a hip-hop lifer, spending the last decade on the road after cultivating a rabid local fanbase in and around town. The prolific MC blends streetwise rhyming à la La Coka Nostra, Jedi Mind Tricks and Eminem with a melodic singing style that recalls Nelly, Eamon and Bone Thugs-n-Harmony. But it's his electro-flavored beats that really stand out, turning your typical gLife song into a sonic feast for the ears. Alongside Adlib and Space Kamp, gLife set out on a Break Rules Spread Love North American tour just last week, which is sure to make a splash. 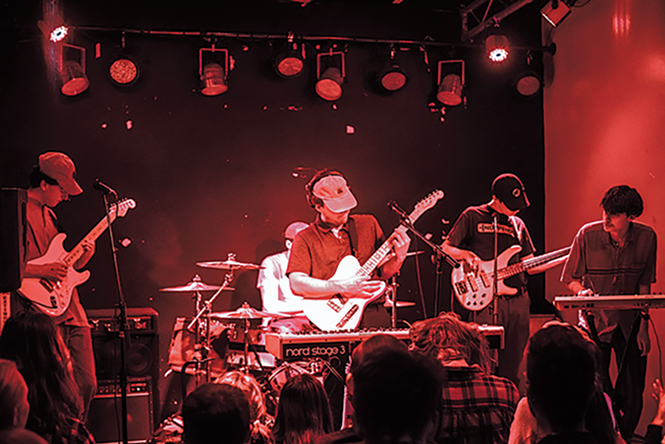 10. Ritt Momney. Forget the fact that their band name riffs hilariously on ol' Mittens, Utah's new U.S. senator and an eternally dull thorn in Donald Trump's side. Ritt Momney has bigger goals in mind than just novelty status here in their hometown. With frontman Jack Rutter laying down enough confessional indie-rock gems to transform 2019 full-length Her and All of My Friends into an instant classic and Auden Winchester, Noah Hamula and Jonas Torgersen providing pitch-perfect backing instrumentation, the future looks bright for these young musicians. They understand the power of transcending genre, mixing psychedelic synth-rock and bedroom pop but are not afraid of jumping into new territory. A heartfelt delivery and a keen eye for details helped Ritt Momney stand out on a recent mini-tour of California with fellow upstarts The Backseat Lovers; the real competition will come when we see which band explodes onto a national stage faster.