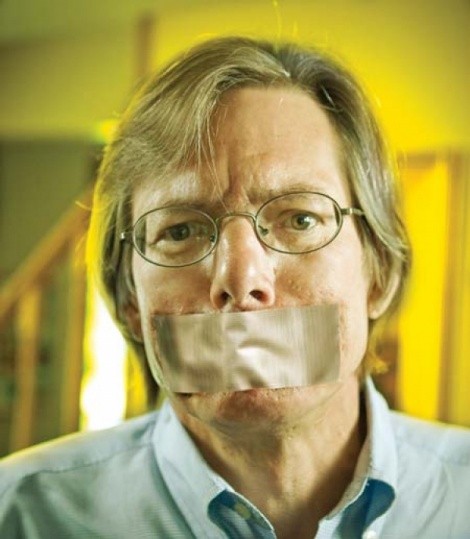 It was 1968 and public radio mogul-to-be Blair Feulner, then 16, was no longer welcome at Olympus High School. He had upset the principal by reporting on a sex scandal between two members of student government in the underground newspaper he began putting out that year—and ended up heading to the University of Utah a year early after Olympus kicked him out.


“They were gonna get rid of me, and I said, ‘I don’t think you can do that. There’s such a thing as the First Amendment,’” Feulner said.


Fast-forward to July 15, 2008. A staffer for KPCW 91.9 FM, the Park City public radio station Feulner founded in 1980, was walking into the station just as Feulner was walking out. Feulner had just made an announcement that stunned the station staff and listening audience: He was leaving KPCW on sabbatical and might or might not return.


The staffer asked Feulner, “Well, what does that mean?”

It had been a tense few months around KPCW. Feulner had been negotiating his employment contract with the board of directors for the station’s licensee, Community Wireless, since April, after he had brought in a general manager the previous fall to take over some of his duties at the station. “I had promised my wife that I was going to go part-time and just do news—which is the reason I started the station in the first place,” Feulner said. “Frankly, I was tired of spending 90 percent of my time on personnel and fund-raising.”


Community Wireless board chairman Bill Mullen refused to explain where the negotiations with Feulner had broken down, describing it as a private personnel matter. But, Feulner said, the last contract the board had offered him stipulated that he not talk to the press about Community Wireless, KPCW, or Community Wireless’s former station in Salt Lake City, KCPW 88.3 FM. Feulner believes the board didn’t want him to disclose to the press disagreements he’d had with the board since turning day-today operations over to it in January. Since then, he’d butted heads with board members when he told them he disagreed with some of their decisions, he said.

“It didn’t have anything to do with money or anything to do with working hours or anything like that; in fact, they were offering me more money than what I’d asked for,” Feulner said. “It was just the notion of being gagged. I’d spent my life fighting for everybody else’s First Amendment rights. I just couldn’t handle that.” In his letter of resignation, Feulner told the board he wouldn’t talk to the press—but he has broken his silence partly because one member of the board (whom he wouldn’t name) made what he felt were inaccurate public statements.


Former board member David Simmons also cited “issues” between Feulner and the board over operations of KPCW, and of Salt Lake City station KCPW—which the licensee announced it would sell in February 2008. The board confirmed Feulner’s resignation in a statement issued two weeks after his final broadcast, but Mullen described the final sign-off itself as a resignation. However, Feulner said when he signed off the last time, he was still hopeful he would reach an agreement with the board and be back in six months.


Nine days after Feulner walked away from the microphone, the board issued a statement saying they had voted unanimously to abandon efforts Feulner began the previous fall to apply for broadcasting permits in several cities, including Moab and Nephi. Feulner said, when he heard that, he was dumbfounded. For one thing, computer problems kept the Federal Communications Commission from receiving the applications anyway, rendering moot any intentions the board had for them. Secondly, said Feulner, “I don’t know why you would want to give up on millions of dollars worth of free frequencies.”


Mullen said he couldn’t remember whether the FCC received the applications or not, but the board issued the statement because Community Wireless wanted to concentrate on Park City, Summit County and Wasatch County. But that was Feulner’s goal, too, he said—to put all efforts into strengthening the Park City station. “I didn’t have any ambitions for a statewide empire,” Feulner said. “But, I did think it was foolish, when the government was giving away for free the last of those licenses not to at least apply for them.”


In fact, Feulner made Community Wireless more than $2.6 million by buying a license for a station in Coalville in 1991 and selling it in 2004. When Community Wireless sold the Coalville license, its frequency was blocking applications for eight commercial stations to change their frequencies and increase their power, Feulner said.


At first, thinking Feulner was “a public broadcaster who didn’t understand the value of that license,” the Marathon Media broadcasting group out of Salt Lake City offered $50,000 for it, he said. Figuring the station was obstructing about $20 million worth of applications to upgrade the commercial stations, Feulner made a deal to sell the Coalville license for $3.6 million—having invested only about $18,000 in it originally.

“In terms of timing, it was just superb,” Simmons said. “Blair’s foresight in seeing the value of what that license could be and then later his ability to help get that license sold at a value that was substantially higher than what it had been before, or in the current environment, was I think a real testament to his abilities.”


Feulner and his wife, former KPCW co-general manager Susan Feulner, were paid $895,000 by Community Wireless for their role in negotiating the Coalville deal. When that news was made public, and when The Salt Lake Tribune publicized in 2005 that Feulner was being paid $150,000 per year by Community Wireless, media blogs lit up with the stations’ listeners’ outraged reactions.


At KCPW, the Salt Lake City station Community Wireless established in 1992, employee gripes about management always came back to the founder and his wife’s salaries (she was paid $44,795 for her part-time work in 2004), one staffer said. “When someone had something to complain about [regarding] management, it would always essentially come down to, ‘They’re the ones getting paid,’” KCPW operations manager Jesse Ellis said.


In a statement issued at the time, the board defended the compensation. It said Feulner was doing the work of three people and had been undercompensated during KPCW’s first years on the air (Feulner said he was a volunteer from 1980 to 1982 and his and Susan’s combined annual salary averaged $31,481 between 1982 and 2000). “We wanted to be prudent and as fiscally conservative as possible, yet at the same time recognizing contractual obligations that we had,” Simmons said of Feulner’s pay. “It wasn’t based on any kind of decision on the board to say, ‘Well, let’s figure out a way to try to get somebody a lot of compensation.’” At the same time that Community Wireless was paying the Feulners salaries some called exorbitant, as well as their share of the Coalville windfall, it was losing money—$609,366 in 2005 and $413,250 in 2006.