Rebirth of a Soul Man 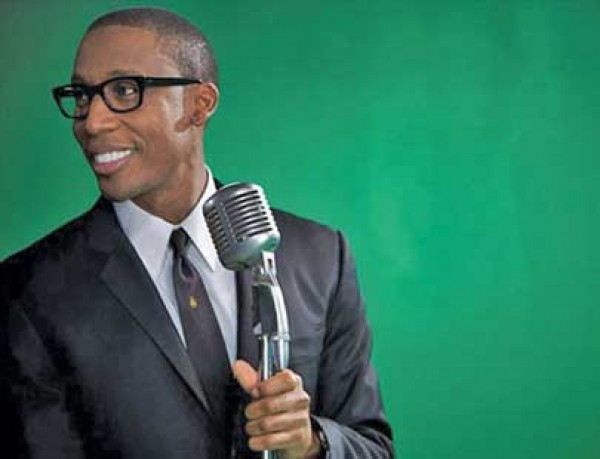 Raphael Saadiq sighs over the phone; I just had to ask him about his separation from the celebrated ’80s R&B group Tony! Toni! Toné! and of the possibility of a reunion tour.

He has probably been asked this question a thousand times before. “Probably not anytime soon,” Saadiq says, “We were doin’ something special at the time, but I think we were ready to go our separate ways, musically. Plus, I had just gotten NBA season tickets, so I was ready to sit back and watch some b-ball.”

I’m sure that Saadiq deserved a break, but it’s hard to imagine that he’s ever taken a day off from music. The Grammy Award-winning singer, songwriter and record producer got his first big break at the age of 19 when he won a spot to play bass alongside Prince and Sheila E on the 1986 Parade Tour. “I learned a lot on that tour,” Saadiq says. “[Prince] sort of looked after all of us and really, I think he taught me how to play on a big stage.”

Now 46, the Oakland native no longer rocks the high-top fade, the baggy pants or the backward Kangols that represented his legendary ’80s chapter. Instead, his appearance is sharp and focused. He sports black-framed glasses, coupled with a pressed suit; he resembles a hybrid of Buddy Holly and Chuck Berry. Perhaps his choice in fashion represents a major shift in Saadiq’s musical panache. His past two albums, The Way I See It and Stone Rollin’, have transformed Saadiq from a cliché ’80s artist to a full-blown soul man and a leader in a resurgence of classic R&B.

For the past four years, he’s been a behind-the-scenes presence, helping craft music popularized by divas Adele, the late Amy Winehouse and Joss Stone—often and wrongfully dubbed neo-soul. When Winehouse released her 2006 album Back to Black, she re-introduced the world to retro R&B. Saadiq, on the other hand, had already been doing it for years. In 2001, Saadiq helped usher D’Angelo to the masses and penned his biggest hit, “Untitled (How Does It Feel),” which won a Grammy.

Since that hit, Saadiq has perfected the art of minimal R&B. One clear example lies on Stone Rollin’s opening track, “Heart Attack,” which centers around a fast-paced guitar riff and a tambourine and offers Saadiq bellowing out lyrics like, “You’re givin’ me a heart attack/ Girl, I want you back/ I just can’t stand it no more!” It’s a simple twist-and-shout anthem that seems to conjure up one of Saadiq’s childhood icons, Sly & the Family Stone.

“Yeah, I just grew up with that music. They’re from the Bay, so they were pretty much the Statue of Liberty out here. I always loved that stuff, and when I started out playing bass I would sit in my room and play all their songs.” This overall sensibility and ode to old-school funk and R&B has become his cornerstone—a far leap from the Raphael Saadiq that ’80s babies grew up with.

Musically, he’s an anomaly of sorts. Try to think of one musician who has completely reinvented their identity—so much to the point that you have completely forgotten why they’re famous in the first place. It’s a tough one.

Of course, this transition wasn’t overnight. Saadiq has been in the music business for more than 30 years now and has worked with the likes of Stevie Wonder, Whitney Houston, Mary J. Blige, John Legend, Ginuwine, Jay-Z, TLC, Snoop Dogg, Joss Stone, Earth Wind & Fire, Ludacris and Lionel Richie, to name a few. Saadiq is a solid reminder that black music is alive and well and doesn’t necessarily need to be relegated to just rap music.

“I don’t think this type of music is going anywhere, it’s just harder to find,” Saadiq says. “I figure I’ll just keep playing what I like and see what happens.”