The River Speaks Plainly turns experiences on the river into music and dance. 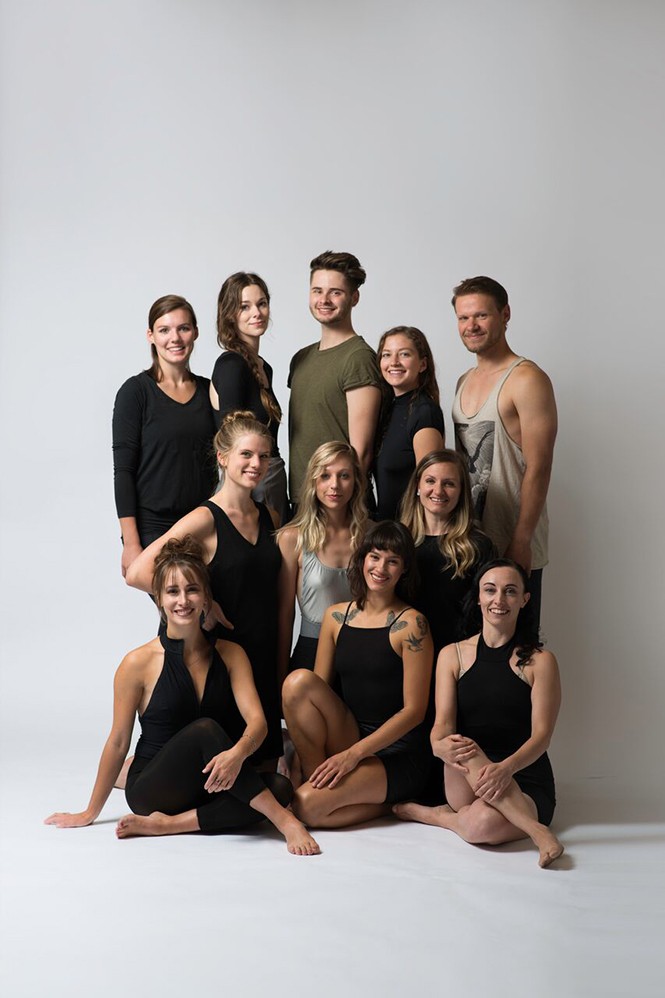 About a quarter million people run the Colorado River's Grand Canyon each year and, last March, Sarah Longoria was part of the early season rush into the canyon wilderness. Many people enter the river with its Class IV+ rapids looking for adventure, physical challenge and respite from the fast pace of modern life. Longoria, while certainly enjoying these aspects of the river, rode the canyon with an artistic mission in mind.

As the director of Salt Lake's Municipal Ballet Co., Longoria was there to absorb everything she could about the river—sights, sounds and stories—in preparation for her company's late-summer production, The River Speaks Plainly, at Fisher Brewing Co. (Longoria's husband, Colby Frazier, is a Fisher business partner). For most classical companies, basing a ballet on the stories of the Colorado River would be a highly unusual concept—but for Municipal Ballet Co., it's par for the course. It's not just their story ideas that are unconventional (they once did a ballet based on an intergalactic comic book story), it's also their choice of music. They've performed with local bands Holy Water Buffalo and Color Animal. Likewise offbeat is their choice of spaces like the Clubhouse on South Temple and the McCune Mansion.

The idea for The River Speaks Plainly, Longoria says, started in 2016 when, while choreographing the Nutcracker adaptation River of Rosewater, she commissioned an original bluegrass take on Tchaikovsky's Nutcracker suite from local band Pixie and the Partygrass Boys. To initiate the brainstorming process, Longoria invited Pixie vocalist/guitarist/mandolin player Ben Weiss to her home for a meeting. The two had not previously met, but Weiss recalls that first meeting as a small stroke of serendipity. "There were kayaks all over the house and boating guides on the shelves," says Weiss, who worked for a time as a boating guide in Moab. Weiss instantly felt a connection.

After the success of River of Rosewater, Longoria and Weiss decided they should collaborate on an original piece. The subject wasn't difficult to decide on."We tossed around the idea of doing it about rivers, and at first we started by looking at [the book] The Emerald Mile [by Kevin Fedarko]," Weiss says. Eventually, the two landed on the Grand Canyon, and the stories of those men and women who put the river on the map—people like Buzz Holmstrom.

Holmstrom, who is one of the subjects in the ballet, was a pioneering river-runner in the 1930s. Now mostly forgotten except within river running circles, Holmstrom attracted endless media attention during his solo runs of the West's greatest rivers, especially during his 1,100 mile solo navigation of the Green and Colorado rivers, through the Grand Canyon, in a handmade wooden boat. Journals he kept between 1936 and 1938 became the book Every Rapid Speaks Plainly in 2003, which inspired the ballet's title.

The song influenced by Holmstrom is a complicated one, Weiss says. "It starts out a happy little bluegrass number in E major, and ends in minor." That progression reflects Holmstrom's life of adventure and his mysterious end—he died from a gunshot wound, a suspected suicide. Using the music and other relevant historical materials—"I sent the choreographers stories and photos of the people, things that will help them create the piece," Longoria says—the company choreographers got to work. "Some of the dances [have turned out] abstract and take more from the music, which is already telling the story. Some are more literal," Longoria explains.

Reflecting on the piece for Holmstrom, a trio with one male and two female dancers, Longoria adds, "I can see Buzz in this one. There is a point where they are partnering him, and I can see when it becomes his relationship with the river. It's kind of sad."

While Longoria acknowledges that not everyone has the means or the will to take a trip down a river, both she and Weiss hope that through The River Speaks Plainly, they can transmit the deep love and connection they, and many others, have felt with nature while on the water. "There is a part of us as humans, as beings in nature, that needs the river. It feeds that unknowable part of the soul," Weiss says, looking out into space. "It's hard to explain."