Rasmuson | Shop the Friendly Skies: Resorting to the SkyMall catalogue 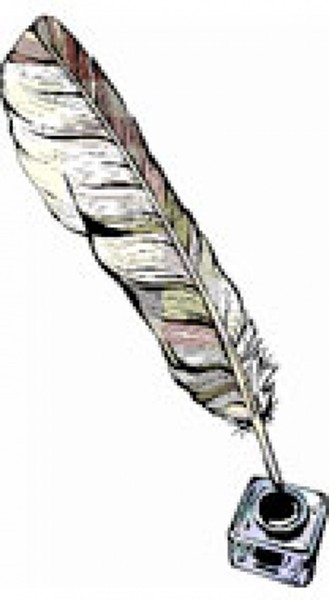 On a recent airplane flight—having finished a remarkable book by the late Utah nature writer, Ellen Meloy—I fished out the SkyMall catalog from the seat pocket in front of me. I’m sure you, too, have resorted to it in a time of need. I usually thumb through the glossy pages, marveling at the cornucopia of stuff it offers. A wristwatch storage and display case (who owns more than one Timex?); a battery-powered paper towel dispenser that spools out one sheet with each wave of the hand (who wants one?); a Batman cane sword (who needs one when Utah will gladly license you to pack heat?). My eye was drawn to a listing for the Hollywood Cookie Diet—“sweet, tasty cookies as meal replacements”—an intriguing prospect despite the single caveat, “Results will vary.” Given the obesity epidemic in the United States, results have indeed varied. Not to worry. SkyMall also offers an extra-wide folding chair capable of holding a 300-pounder comfortably.

As I leafed through the pages, I couldn’t help but notice how many gizmos, gadgets and contraptions were offered to owners of dogs and cats. Don’t get me wrong. I like dogs and cats. But most of the stuff offered to bored airplane travelers is senseless extravagance.

For example, for $159.95 you can buy a six-step stairway with “removable shearling covers” so Tabby or Spot can reach the couch easily. You can spend a few bucks more for a carpeted ramp. Both accommodate the arthritic or those, like me, who are just too tired to jump.

For those who believe cats and dogs should

not sit on the couch, $30 will get you a motion-activated alarm that is guaranteed “to change the pet’s behavior.” One paw in forbidden territory and all hell breaks loose, thanks to the 9-volt battery.

That they shed is one reason to scare them off the furniture. To reduce shedding, you can buy a tool that looks like an ice scraper. This “surgical-grade stainless steel” thing, available at $35, solves the hair and fur problem. No doubt about it.

After reading the description of the Indoor Dog Restroom, I was puzzled. This “ingenious” device serves dogs “when they can’t get outdoors for respite.” It uses artificial turf infused with “an organic scent to attract dogs.” Organic, huh? Eau-de-urine? It seems so inherently contradictory. I thought the objective was to encourage Fido into the outdoors for a respite of sniffing and whizzing instead of enticing him to use indoor facilities.

The self-cleaning litter box made more sense. For a paltry $300, you can buy a “cat comfy” contraption that flushes itself automatically. I know a cloistered cat named Chica whose Mom and Dad have negotiated a numerical system for dividing household chores between them. The more disagreeable a chore—like cleaning Chica’s box—the higher the number. Marital harmony by the numbers! So this nifty device would rebalance their lives. It would be a thoughtful Christmas gift from a doting grandma.

Since Chica is home alone much of the day, a programmable mouse is a gift I might give were I wealthy. But at $80, it is beyond my means. According to the copy, the mechanical mouse is an antidote to a cat’s “separation anxiety, laziness and behavior problems.” You set the contraption so, with a few squeaks to alert the cat, a plastic mouse takes off on a track periodically. It runs a few turns and then hides, returning later with more squeaking. It’s like a video game for housebound felines (or sport for a teenager with a BB gun).

No doubt the cat will work up a thirst chasing the mouse. Not to worry. The catalog offers an Advanced Large Capacity Drinking Fountain to provide a self-filling bowl of water with a “soft adjustable flow that won’t startle cats.” It reportedly was developed by a veterinarian in league with an animal behaviorist. Had an engineer been consulted, the fountain could have been plumbed directly into the flush mechanism of the self-cleaning litter box resulting in a hybrid with huge commercial potential.

Traveling with your pet? For $120, you can buy a thing that resembles the roller bags that fill the overhead bins of airliners these days. It has many features. It converts to a backpack, a travel bed or a car seat for dog or cat.

The last dog I had rode unrestrained in the passenger seat with his head out the window. You evidently can’t do that anymore. Now, the catalog offers a couple of options for belting beasts safely in the back. I can’t believe the average dog would tolerate restraints like those that now bind kids like a straitjacket. But, then, I’m so out of touch that I’ve never even seen

No doubt legions of cat and dog lovers would agree with that out-of-touch assessment. Those same folks would disagree with the underlying premise here, that these devices are senseless and extravagant. I concede the point. But you can buy a helluva lot of organic catnip for the price of the programmable mouse.

Mullen is on vacation. Send feedback to