Plan now to support performing arts as they return to action next year. 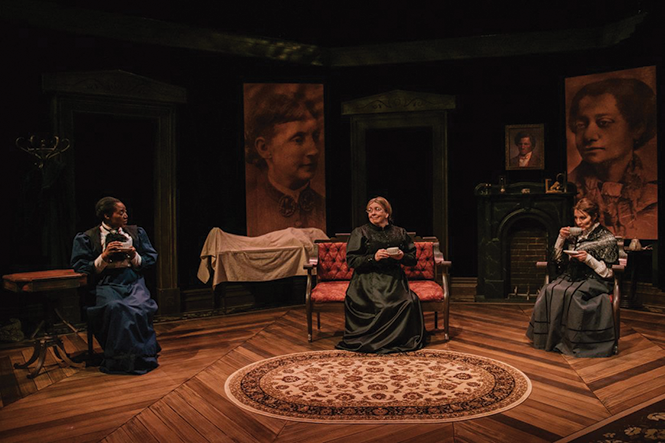 For all of us, 2020 has been a test of our resilience—and for performing arts organizations, even more so. The COVID-19 pandemic forced the cancellation of most in-person productions, and while some groups were able to find resourceful ways to provide entertainment to audiences, many have faced unprecedented financial strains without people buying tickets for physical seats.

While it's true that, even with the introduction of the vaccine, much remains uncertain about 2021, plenty of organizations are planning with fingers crossed that they'll be able to invite spectators into their physical spaces. Whether you're looking for a last-second Christmas gift or a way to show your financial support for these groups that have endured so much, you can buy tickets now for a number of planned productions. Be sure to check out individual companies' policies about possible postponements, and take a look at some of the things you can look forward to enjoying once this miserable year is in the rearview mirror.

Ballet West: While the beloved annual production of The Nutcracker could not take place (see Essentials, p. ??), the company still plans for in-person productions after the first of the year, with a bit of a Shakespeare focus. February brings Michael Smuin's Romeo & Juliet and its beautiful Sergei Prokofiev score, while the April offering of Bolero & The Dream is a double-feature including Sir Frederick Ashton's Victorian-era re-telling of A Midsummer Night's Dream. In May, the National Choreographic Festival returns with cutting-edge new works. While individual tickets are not available at press time, visit balletwest.org for season ticket options.

Pioneer Theatre Company: The company has been staying busy in 2020 offering its limited-edition masks created from production costumes, and unique digital offerings. A shortened season is planned beginning with Something Rotten! (Feb. 19-March 16), the comedic tale of Shakespeare-era writers who decide to create the musical theater genre. Later in the spring comes the world-premiere of Ellen Simon's Ass (March 26-April 10), about the relationship between a brilliant, ailing and ill-behaved sculptor and his family members, followed by the successful Broadway musical version of the hit movie comedy Legally Blonde (May 7-22). Tickets for individual performances are not yet available at press time, but season tickets are available at pioneertheatre.org.

Repertory Dance Theatre: Virtual dance has been coming from RDT throughout the fall, and early 2021 events including Emerge and Regalia are currently planned for streaming presentation. As of now, the spring production Homage (April 17-19)—celebrating work by choreographers including Doris Humphrey, José Limón and Lar Lubovitch—is planned as an in-person performance, though a virtual option will also be available to those who are not yet ready to return to live venues. Tickets are available now at rdtutah.org.

Salt Lake Acting Company: The veteran company has been providing digital content to kick off its "49-3/4" anniversary season, but plans to move into a live/streaming hybrid model for productions beginning in the spring. Originally planned for March 2020, the world premiere of Elaine Jarvik's Four Women Talking About the Man Under the Sheet (March 24-May 2) offers a speculative drama about what happens when Susan B. Anthony visits the widow of abolitionist leader Frederick Douglass on the day after his death in 1895, exploring the complex intersection of two social-justice movements. Also on the docket: the National New Play Network rolling premiere of Audrey Cefaley's southern comedy Alabaster (May 5-June 6) and the all-new immersive summer presentation #SLACabaret (July 14-Aug. 15). Individual tickets are available at saltlakeactingcompany.org or 801-363-7522.

Utah Shakespeare Festival: Cedar City's award-winning showcase cancelled its 2020 season, but heads into its 60th anniversary in 2021 ready for an amazing lineup. Shakespeare works on the schedule include Pericles, Cymbeline, the tragedy of Richard III and the classic mistaken-identity farce of The Comedy of Errors. That roster is complemented by a pair of celebrated musicals—The Pirates of Penzance and Ragtime—as well as Lynn Nottage's Intimate Apparel and the scary(ish) spin The Comedy of Terrors. The new Words Cubed program also offers a chance to see workshop versions of new plays and engage in feedback with creators. Season tickets and individual show tickets are available now at bard.org.