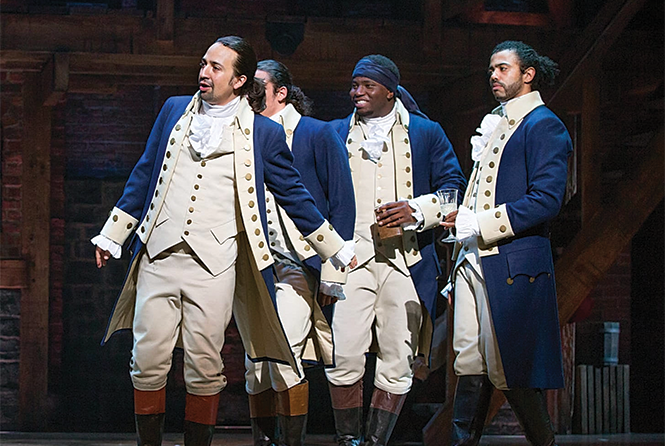 What do we celebrate when we celebrate the abstract concept called America? That's been a tough question to wrestle with over the past month or so, as protesters took to the streets to challenge some of this country's most basic institutions, and the stories we tell ourselves about who and what is worth celebrating. Those who have made "Make America Great Again" their statement of purpose collided with those who suggested that, for many of its citizens, it has never been great. As we face an Independence Day in a time of righteous anger and dissent, is there a way to find something worth feeling patriotic about?

It's possible that combining the ideas of protest and patriotism is the path towards feeling most optimistic about America's potential, as suggested by a pair of new films available for streaming viewing this weekend. Director Dawn Porter's documentary John Lewis: Good Trouble profiles the longtime Georgia congressman and civil rights leader, exploring both the childhood that led him on the path towards marching with Dr. Martin Luther King, Jr., and his ongoing work as a veteran legislator. And in many ways, it's a difficult story to watch for anyone who feels passionate about civil rights, as we see Lewis both as the man who was beaten in the fight to achieve voting rights for Black Americans more than 50 years ago, and as the aging politician now forced to fight again for those same rights in the face of systematic attempts at disenfranchisement after the 2013 Supreme Court decision gutting the 1965 Voting Rights Act.

As a piece of filmmaking, Good Trouble is often somewhat clunky, bouncing from topic to topic and not really making the most of a device in which present-day Lewis watches footage of himself from the 1960s. It's also a pretty clear piece of hagiography, as even the few blemishes in his career—like his first Congressional campaign in the 1980s, during which Lewis appeared to appeal to White voters by asking opponent Julian Bond to submit to a drug test—get glossed over. Yet it still serves as a powerful example of a person deeply committed to fighting against injustice even if it gets him in "good trouble," and how obvious it should be that the fight is not yet won.

A much earlier fight—the American Revolution—is at the heart of Lin-Manuel Miranda's blockbuster musical Hamilton, which comes to streaming in a filmed version featuring its original Broadway cast. As familiar as these songs may be to fans, it's still a different experience to see the faces of color bringing this story to life: composer Miranda as Alexander Hamilton; Daveed Diggs as the Marquis de Lafayette and Thomas Jefferson; Leslie Odom, Jr. as Aaron Burr; and many more.

What emerges most powerfully through the production, however, is the sense ofHamiltonas alternate history in the best possible sense. Miranda's "immigrants: We get the job done" lyric might be ready-made for a slogan or a T-shirt, but it provides a way of thinking about what life circumstances drive people, and what can shape the way they're perceived by others. The rousing finale includes the anthemic repetition of "who lives, who dies, who tells your story," and it's this idea that makesHamiltonmost compelling, even beyond its emotional human connections. History isn't just a list of things that happen; it's the way those things are delivered to us, what is included, what is left out, who we frame as heroes and villains. Rap lyrics and color-blind casting of the Founding Fathers aren't simply part of a progressive pose. They're a way to force an audience to re-think the way our knowledge of American history has almost always been shaped from one demographic point of view.

As the play comes to a close, it appears obvious who will end up in the final spotlight. Then, startlingly, something different happens. Who is the hero ofHamilton? Who is the hero of any historical narrative? That answer almost always depends on who is telling it, or perhaps the power with which a storyteller can remind us that for every piece of history, there's another hero waiting to be uncovered.