In the Red: New album, same unpredictability from SLC stalwarts the Red Bennies. 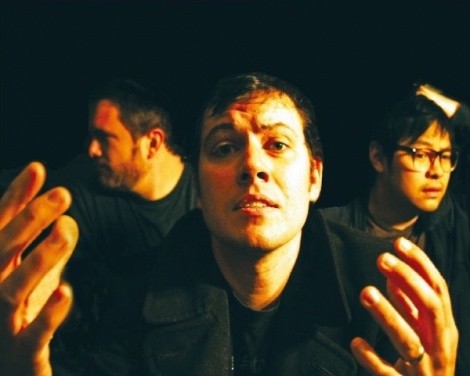 It’s been five years since the last album from the Red Bennies, Shake It Off, and some questioned when, if ever, the band was going to do anything new.

But for leader/band constant David Payne, unpredictability is nothing new. The band’s been around, off and on, for 16 years—a span that covers nine albums, four record labels, a rotating who’s who of local musicians filling various roles and a constant presence around the club and bar scene. Despite the seemingly constant changes and occasional breaks in performing, the Red Bennies have managed to become one of the longest-running bands on the local rock scene.

Now the Red Bennies return with another change in the lineup and a yearlong stint in the studio under their belts, recording the new album Glass Hands.

For the past few years, the band members’ rigid work schedules left little time for practice and gigs. Combine that with Payne’s schedule—he has newborn twins and a job running the Rock ’n’ Roll Academy—and it was nearly impossible for the Red Bennies to function in any traditional way.

In 2009, as the band started to record new material, Payne lost two members when Scott Selfridge and Terrance Warburton decided to move on.

“Scott actually quit the group the day I brought my computer to practice, but as a matter of personal honor, he agreed to quickly track all the songs before leaving,” Payne recalls. “It left me the perfect opportunity to capture what I’ve always wanted to—real emotion.”

With his morale quickly declining, Payne latched on to a new goal of creating a “dream album,” one focused on the band’s musical fluency rather than simply grinding out new songs. Getting contributors to agree to a schedule that included two-hour rehearsals on just a couple of songs at a time—with one or two takes recorded—Payne was able to piece together the new album out of those efforts over the course of two months.

The result, Payne says, is the most honest and personal album he’s ever made.

“I wanted the album to sound mundane, small, frustrated, futile,” Payne says. “That’s how we all felt, particularly at that moment. But those have also been the undertones of the group throughout our whole career. And, I imagine, any group.”

Glass Hands, making its way into music shops this month, is a culmination of old and new songs. It holds a fine mixture of material dating back to 2007 that gained popularity on MySpace, and newer works formed in-studio during 2009. The overall feels more like a methodical groove, purposely designed to both jar the senses and comfort you after. Hard-kicking tracks like “The Sun Is Coming Up” get you stomping on the floor. It’s immediately followed by “Cool Down,” with a steady bass and slow-dance tones that beg for the lights to dim and someone to get close to. The band explores new territory in “Comfort At Home,” with bellowing vocals and bouncy riffs, and the title track that creeps in with cello chords, only to kick into a rooted blues-rock number.

If there were a single word to define this album, it would simply be: Pure. Every snap of the snare, pluck of the strings and wail of the lyrics is pure rock, with no gimmicks or audio tricks—something you rarely get from a band these days.

As for playing live, Dan Thomas has stuck around on drums and the duo picked up Tommy Nguyen (Future of the Ghost, Tolchock Trio) to fill the bassist role, as he was the most fluent player they knew.

As for what kind of audience the Red Bennies expect to find with their new music, that’s as unpredictable as the band’s path so far. Payne isn’t getting his hopes up, based on what he’s seen lately in local clubs.

“The scene sucks shit for someone my age,” Payne says. “If the music had any merit, people would listen instead of converse. And if it doesn’t have any merit, it deserves to be talked over.”