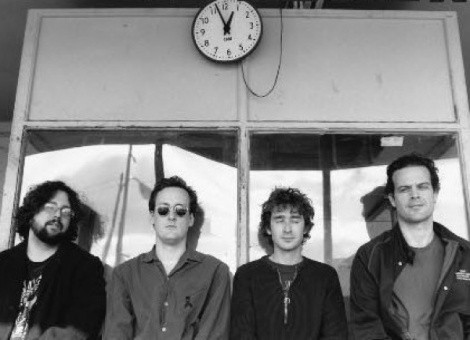 In an offshoot of grunge bands rediscovering the energy of punk, mid-’90s heyday musicians like Jon Spencer rediscovered the blues and added their own noisy, punk-influenced take on it. Chicago’s Red Red Meat (Tim Rutili’s project prior to forming Califone) never became as legendary as Jon Spencer Blues Explosion, but that’s partly because they infused their music with a little more subtlety than Spencer, whose music was about as subtle as an electric chair.


Bunny Gets Paid, originally released in 1995, was the band’s most essential release and provides a view of a pure rock band unaffected by gimmicks and subsequently got lost in the avalanche of releases. “Rosewood, Stax, Volts and Glitter,” an inventory of ingredients of the ’60s blues era, might have found a place on so-called alternative rock radio in place of major label fodder. The second time around this set with added tracks is a consummation of the career of a band that should have received much more notice.

In my hazy recollection of the mid-1990s, I remember seeing ads for fake bands on the inserts of some CDs released by the Matador label, that powerhouse which gave us indie rock milestones by acts like Yo La Tengo, Pavement and Guided by Voices. Their superior taste made the arch humor seem natural when the insert advertised supposed label mates Unsanitary Napkins and “Heroin—the Musical!” Who knew that the Condo Fucks actually had a few platters you could listen to? Like a view into some alternate indie-rock universe, the title of this set of covers sounds like Yo La Tengo’s fond set of tributaries Fakebook, and Georgia Condo, Kid Condo and James McNew sound like they might indeed be the lineup of that Connecticut band flying under different colors.

Similar to descriptions of their other ‘long out of print’ releases, Fuckbook takes an authentic old school garage rock interpretation of great and near-great numbers like the Beach Boys’ “Shut Down,” the Troggs’ “With a Girl Like You” and a little further afield, Richard Hell’s “The Boy With the Replaceable Head.” Whereas Fakebook treated it’s subjects with a kind of romantic reverence that makes it a key piece of Yo La Tengo’s discography, Fuckbook is also affectionate in its own roughshod way that makes it immediately likeable and listenable.