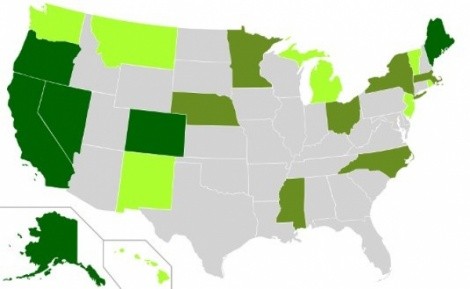 Nearly a century after Utah became the second state to outlaw marijuana it is again a prudish—and many say foolish—outlier in the West in regards to marijuana prohibition. Columnist John Rasmussen pondered the hypocrisy of politicians who say they want states' rights to be dominant over the federal government—except when it comes to weed [see “Going to Pot,” City Weekly, Aug. 26].

Online commenters, however, debated the medical benefits and side effects.

“I don't worry about all the sick people smoking pot to ease their pain, because they don't exist,” wrote Bandarji. “My daughter goes to school in Colorado, she is amazed by all the healthy but pale looking students holding medical marijoowanna [sic] cards.”

Bandarji, you're an idiot! What are digestive disorders, chronic pain, anxiety and insomnia supposed look like in your world? And “pale” marijuana users? WTF?

“There is now an entire industry built around cannabis prohibition, an industry that robs us all of our right to privacy,” wrote Swooper, complaining about rehab for marijuana abuse is over prescribed and a punishment too tedious to fit the crime.

BlackMamba agreed, referring to a local court-ordered marijuana counseling program as “12-Step-On-Steroids,” that costs $3,500 for “30 days of worthless meetings.”