Almost anyone can hire a local police officer for private use—gun, uniform, squad car and all

That Salt Lake City cop standing in front of the whiskey at the Utah State Liquor Store—gun on one hip, Taser on the other, a badge pinned to his breast pocket—isn’t exactly at work. Technically, it’s his day off, and he’s busy working his $25-an-hour part-time job.

Same goes for the police officer who guards the office tower at 222 S. Main, which houses the Salt Lake City branch of Goldman Sachs. There is no way to get into this building to whatever floor the police officer guards, but a patrol car—sometimes marked, sometimes not—is nearly always parked outside.

Off-duty Salt Lake City police officers also work part-time jobs at the Sapp Bros. truck stop on California Avenue, the O.C. Tanner retail store and even at University of Utah fraternity parties. In all, the city’s police force contracts with 41 private businesses and public entities to provide security. Often, the officers who show up for duty arrive in their taxpayer-bought uniforms and patrol cars.

The scope of this work is difficult to pin down. The officers are paid directly by their employers, so the police department doesn’t track how much money is changing hands. But the work is lucrative. Salt Lake City’s preferred rate for leasing out its officers is $30 an hour.

This type of moonlighting is beloved by the law-enforcement community. According to arguments in its favor from law-enforcement associations and members of the state legislature, the work benefits taxpayers by putting cops on the street who aren’t, at that moment, on the public’s payroll—but still look the part.

But critics—primarily private security companies—say they’re forced to compete with municipal police forces for business, and that the practice raises questions about whether taxpayer dollars should be used to aid an officer in procuring a lucrative part-time job.

Liability issues also abound, and grow sticky when attempting to tease out exactly for whom an officer is working when he or she carries out a police action—like an arrest or use of deadly force—while being paid by a private business. Critics of this work also worry that the authority inherent in an officer’s state-issued uniform and badge is, at the very least, confusing to citizens, and could also discourage them from engaging in activities that, while perfectly legal, might be frowned upon by the private business employing the officer.

Salt Lake City Police Chief Chris Burbank says that if one of his officers is sued while working a part-time job during which they were acting as a police officer, he would back them up just as though they were on duty.

“You’re never essentially off duty,” Burbank says, adding that if an officer were forced to take police action on his day off at a part-time job, “I would dare say that’s my responsibility now, whether it’s injuries to themselves or others.”

Though lawsuits in this arena are rare in Salt Lake City, a federal suit was filed in September that names, among others, the city, Mayor Ralph Becker, a police officer and Burbank as defendants. The suit, filed by Jesse Fruhwirth—an activist, independent journalist and former City Weekly reporter—says that an off-duty police officer violated his First and Fourth Amendment rights when he was detained while filming the Tesoro oil refinery.

If the lawsuit sees a jury trial and rattles through the appeals process, the officer’s part-time job with Tesoro could end up costing Salt Lake City taxpayers tens of thousands of dollars—and in the case of attorney’s fees and a potential settlement, millions.

NEVER OFF DUTY
Burbank says efforts are made to reduce problems with off-duty employment, and says that the type of jobs his officers work are more in the realm of policing, not security.

Security officers are capable of a multitude of tasks that officers aren’t. For instance, a security guard can search bags and check IDs. A police officer cannot arbitrarily perform these invasive functions, due to constitutional protections restricting warrantless search and seizures.

On the other hand, police officers also have a unique skill set: Mainly, they can make an arrest, and as lawyers and politicians say, cops can act “under the color of law.”

“The difference is, you hire a security guard, they can do nothing more than call the police,” Burbank says. “What you get by hiring an officer is you get a police officer that can take action in the event a criminal act occurs.”

But the line between thwarting criminal acts and enforcing your part-time employer’s company policy can get blurry. 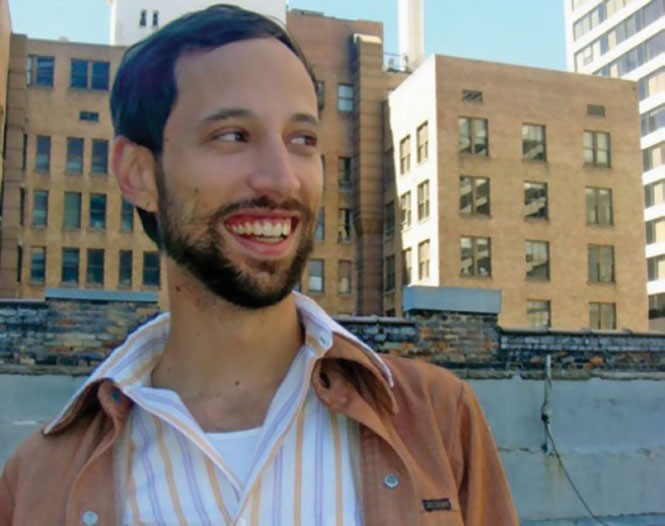 Fruhwirth, who was detained in December 2013 near the Tesoro oil refinery, says that when he aimed his video camera at a large flame shooting from a pipe and illuminating the night sky, he was doing so in an effort to document a massive Salt Lake Valley polluter doing its dirty work during an inversion, when the air across the Wasatch Front was toxic.

Shortly after he began filming, officer Yvette Zayas pulled up, lights flashing, in her squad car. Fruhwirth filmed the interaction, during which Zayas tells him he’s not breaking the law, but that he was stopped for filming “critical infrastructure.” Zayas takes Fruhwirth’s ID and calls dispatch to check his information. Fruhwirth wasn’t cited for filming, and he was eventually allowed to leave.

His suit says that by detaining him, Zayas violated his Fourth Amendment rights prohibiting warrantless search and seizures. And by halting the filming, the suit says, the officer violated Fruhwirth’s First Amendment rights to free speech, expression and freedom of the press.

Fruhwirth’s attorney, Stewart Gollan, says that when a police officer, regardless of whom they’re working for, asks someone to stop taking pictures of something when they’re on public property, it has a chilling effect.

“If you think every time you take a picture of something, the cops are going to arrest you,” Gollan says, “things don’t get reported and that documentation doesn’t get disseminated.”

Gollan says that though Zayas was not technically working for the Salt Lake City Police Department, she was using her squad car, uniform, dispatch equipment and firearm as though she was.

A spokesman for Salt Lake City declined to comment on the lawsuit.

A month before the lawsuit was filed, Burbank told City Weekly that, in the event one of his officers is sued for police actions while working off-duty part-time jobs, he believes he would pick up the tab.

“When my officers have to take police enforcement action, whether they’re off duty, on duty or part time, that becomes my responsibility,” he says.

An off-duty Unified Police Department officer working a part-time job guarding the Deseret Industries building at 131 E. 700 South had a close call in 2012 when he accidentally discharged his firearm during an altercation with a suspected thief.

Police reports from the incident say that while confronting the suspect, Officer Brandon Stock removed his gun from his holster. The suspect resisted, and during the struggle, the firearm was discharged as he tried to put the weapon away. No one was hurt, and the suspect was captured shortly afterward.

Salt Lake City detectives handled the investigation, and no wrongdoing on the officer’s part was found.

Fruhwirth says that in his case, he’d like to see the city simply admit wrongdoing, rather than spend taxpayer money defending an officer who was working not at the behest of the public, but for Tesoro.

“Corporations entice our institutions to engage in very questionable behavior, and then they use our collective community resources like taxpayer money to defend the very incursions that they’re making,” he says. “That’s demonstrative of just how captured our governments are.”