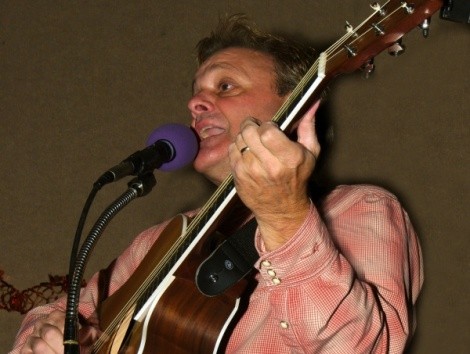 The week that the Utah Public Lands Policy Coordination Office filed a massive legal action to reclaim 18,784 roads that crisscross public lands all over the state, the office’s lead attorney, Roger Fairbanks, was pretty busy. Not at the office, however; he was playing guitar in a fiddle band, in which Fairbanks occasionally sings and strums Willie Nelson’s “Blue Eyes Crying in the Rain” and skillfully plucks out the chords to Johnny Cash’s “Folsom Prison Blues” at senior-citizen centers across the valley.

Based on an interview with Fairbanks, as well as a reporter’s observation of a number of his shows, Fairbanks took hours out of his workday to play on three occasions during a month-long period between October and November 2011—the same period that the PLPCO office was in the throes of readying its major legal filing. A consultant’s report had identified a problem of employee absenteeism at the office just two months earlier.

According to an open-records request, Fairbanks entered full workdays on his timecard for those three days, as well as for a fourth day on which Fairbanks did not show up at the office and could not account for his whereabouts. Fairbanks admits that he misrepresented his hours on his timesheets, but says that he makes up for it when he spends long hours traveling and working in rural counties. On Nov. 7, for example, Fairbanks’ timesheets show that he worked nine hours, but don’t account for him driving out to Magna to play a show. “I probably took a two-hour lunch there,” Fairbanks says.

On Oct. 26, 2011, Fairbanks also claimed a full day despite leaving the office at 2:30 p.m. to play a show at a senior-citizen center in Sandy, and then going straight home afterward. He says, that time, it was easier just to work from home once the concert finished. Fairbanks also claimed a full day Nov. 15 despite taking two hours out to play at a senior-citizen center in South Salt Lake.

Fairbanks can’t remember why he didn’t show up at all to the office on Nov. 17—the same week of the massive legal filing. He says he suspects it was because he was on the road traveling that day.

Fairbanks says that if he logs a 16-hour day out in a rural county interviewing witnesses, he would often just mark it as an eight-hour day and then use the extra hours to cover for his occasional workday breaks.

“Nobody really keeps tabs on us,” Fairbanks says. “We are allowed to come and go as we please, so long as the work gets done.”

In August 2011, an outside consultant issued a report to PLPCO’s then-director, John Harja, in which her major recommendations for managing the office involved better coordination with the assistant attorneys general tasked to work with the office. The report noted that the assistant attorneys general—Fairbanks and Harry Souvall—felt cut out from the roads filing, the very case they would be responsible for litigating.

The consultant also urged the office to adopt measures to address an ongoing problem of “employee absenteeism.”

Harja stepped down as PLPCO’s director in December to take a position as an adviser with the Utah Department of Agriculture. The move came shortly after City Weekly began investigating Harja’s promoting an intern he was alleged to have had an inappropriate relationship with to a full-time, $63,000-a-year position, when other state agencies were laying off employees [see “The Wild Bunch,” Jan. 26, 2012, City Weekly].

During Harja’s tenure, his office was dinged by a 2009 legislative audit that recommended the office implement better performance measurements on its goals, such as the roads case, and better accounting of office financials. In 2011, a fiscal analyst at the Legislature recommended the office be dissolved for not adopting any of the recommendations of the 2009 audit. The office survived the analyst’s recommendation and continued on without adopting office-performance measurements or improving accounting of financials. The office’s dodging of dissolution is a testament to the office’s importance as viewed by state government, which has, over the past two years, stockpiled $2 million in reserve litigation money to fund the roads case.

Harja brought in a consultant to evaluate the office in July 2011. The consultant’s August report echoed the past concerns of the legislative auditor, as well as those of the fiscal analyst. The report stated that the aggregate staff input was “there have been no performance-related goals and objectives written for employees,” and that staff felt there was a “lack of clarity in the budget area.” The report also noted that the director failed to provide direction, and, “as a result, not all staff appear to be busy and engaged in their work.”

The report also pointed out, however, that the assistant attorneys general felt “alienated” from the project of filing on the 18,784 roads across 22 counties, and that they felt “they should be included in the process more as they will be litigating on behalf of the state.” The consultant also noted that legal files were poorly organized and hard to locate.

The consultant report also made note of employee absenteeism, recommending that the office track where staff were and to “continue discussions regarding ‘employee absences’ so employees know the value of each being in the office.”

Fairbanks describes the work environment as a “hybrid office,” saying that Utah Attorney General Mark Shurtleff is his boss, but that he and Souvall work out of the PLPCO office. The matter of how these attorneys gets funded is also complicated, since the Attorney General’s Office pays their salaries, but bills a mineral lease fund to cover the assistant attorneys general’s salaries. As of press time, a spokesman for the Attorney General’s Office was unclear whether that fund was the Constitutional Defense Fund Account, a trust fund that sets aside royalties earned from oil and gas development on state trust lands. The funds are largely used for public-education funding, but some go toward the expenses of litigating the roads case.

City Weekly asked PLPCO’s new director, Kathleen Clarke, if the office would, for the first time in its existence, implement performance measurements, as had been recommended three times since 2009.

In a brief response, Clarke writes that while the consultant’s report provides “a useful perspective,” she was doing her own assessment of the office and would ensure proper management going forward.
And what about the question of whether or not the office was improving coordination with the assistant attorneys general?

When asked about coordination with PLPCO in the time since the consultant’s report, an Attorney General’s Office spokesman responded simply, “We are working together very well.”