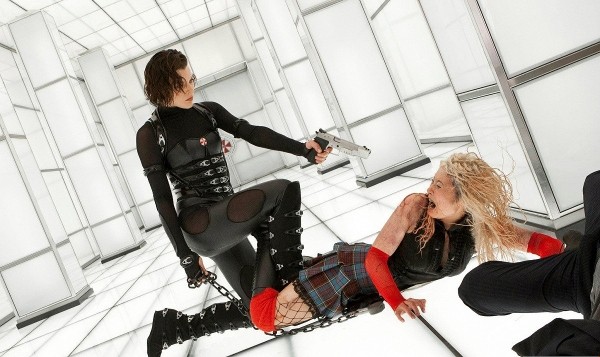 Resident Evil: Retribution
In the fifth and most incomprehensible Resident Evil installment yet, Alice (Milla Jovovich) is back in the leather unitard and battling her way out of Umbrella’s underwater Arctic simulation complex. Yes, it looks ridiculously cool. (Screen Gems)

Arbitrage
A successful New York City hedge-fund magnate (Richard Gere) fights to keep financial fraud, a French mistress and manslaughter under wraps in this inspirational story that proves you really can have it all at 60. (Roadshow Attractions)

The Words
A suspiciously good-looking writer (Bradley Cooper) steals a novel, which becomes a best-seller and everything’s swell—until the real author turns up. Also, two women (Zoe Saldana and Olivia Wilde) are after him. Rough life. (CBS Films)