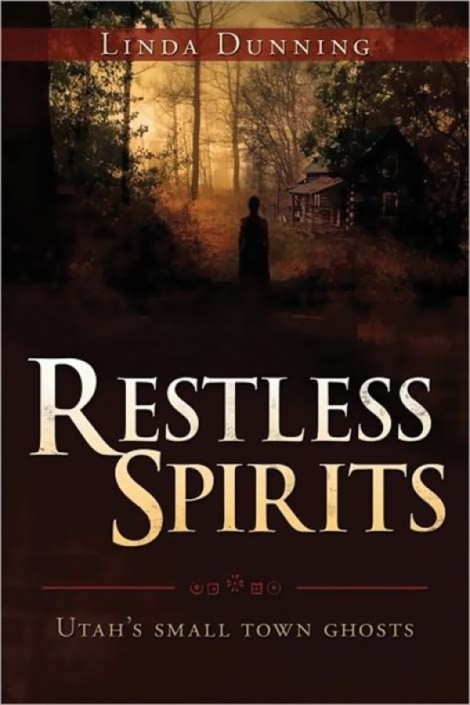 As the weather cools, leaves fall and the nights get longer, it’s the perfect time for some good ghost stories. Linda Dunning serves up apparitions throughout our state in Restless Spirits: Utah’s Small Town Ghosts.

In 2007, Dunning looked at the likes of Bigfoot and the Bear Lake Monster in her book, Lost Landscapes: Utah’s Ghosts, Mysterious Creatures and Aliens. Now, she turns her attention to things that go bump in the night. As with her previous book, Dunning employs a strategy that combines everything from historical information and popular legends to personal intuition and paranormal research, creating a mix that makes these stories not only interesting, but entertaining as well. Even if you’re one of those who opens this book with some skepticism about the existence of ghosts—this reviewer included—you’ll close it at least wanting these stories to be true thanks to Dunning’s infectious good-humor in telling them.

Besides being interested in spinning a good yarn, Dunning doesn’t skimp on researching the actual history surrounding these stories—and the truth can be more intriguing than the legends. For example, there is a statue of a “Weeping Woman” in the Logan Cemetery, and it’s said that at midnight, you can hear the statue wailing for the loss of her eight children, who died every six months to the day based upon a curse from their dying father. As Dunning points out, “The real story is much more touching and tragic.” Julia Cronquist, a Scandinavian immigrant, lost two sets of twins to scarlet fever and was herself confined to a wheelchair, which she often had pushed to the graveyard so she could weep for her children. After she died, her husband commissioned the statue of her at great expense. “It seems that instead of evil or abuse, it was heartbreak that brought the Weeping Lady to the center of the Logan Cemetery,” Dunning writes.

Dunning is the first to point out that many stories grow out of the imaginations or activities of teenagers looking for late-night fun, but also notes the tales often grow out of some underlying situation where a person died at a place and has reason to continue haunting it. More importantly, the ever-growing accounts ultimately serve their purpose. When discussing rumors of a ghost in a building at Southern Utah University, Dunning notes, “While the stories of today surpass the old ones in their colorfulness and blood and gore, the thing that has been a constant for decades has been the reluctance of students to pass by Old Main late at night, or especially to enter the building and stay on the third floor alone.”

The author claims her own experiences with ghosts, including her “gift” for being able to intuit them, and even provides some advice on what to do if you run into one. “I have learned over the years that nearly all hauntings are harmless,” she writes, “unless of course the live person frightens himself because of not understanding what is happening to him.” If the ghost is doing something you don’t like, “a firm and polite request stops the activity.”

Regardless of how “harmless” these spooks may seem, at this time of year, you can’t help but have a chill run up your spine when you read something like the “Swedish Logger” story that gets told around campfires at a Boy Scout camp in Scow Creek. The logger found his wife’s dead and mangled body outside of their cabin—located near the camp—so he buried her next to the cabin, left the area and was never heard from again. Dunning writes, “Upon wandering into this area, it is said, you can hear a baby crying in the distance. If you walk through the woods anywhere near this area, you might also hear a woman screaming.”

Whatever your opinions on the existence of ghosts, Dunning has done her job, because when you read something like that, your first thought is, “Yikes!”