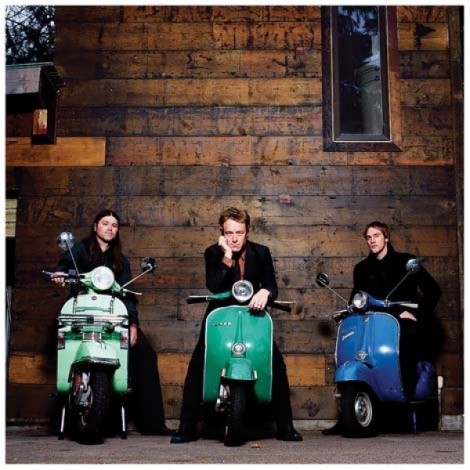 Alan Sparhawk is still learning how to become a responsible performer. As the man who has guided solemn indie-rock act Low for more than 15 years, he is no stranger to the stage, but in the younger, livelier Retribution Gospel Choir, the guitarist/vocalist is exploring areas he isn’t certain how to navigate. “There’s some little luxury in Low,” Sparhawk says. “I was able to trust in the moment.”

In his older band, Sparhawk could “completely fall apart with an arrangement” during a show, and if he did, his wife/Low drummer Mimi Parker would be there to rescue him. This is not the case with Retribution. Instead, if Sparhawk screws up, his bandmates (bassist Steve Garrington and drummer Eric Pollard) are more liable to keep on without him. Thinking that something can go wrong and not be repaired immediately is an idea that gives the frontman an adrenaline rush. “Those moments still happen one out of eight shows, and it confuses the hell out of me,” Sparhawk says. “Part of the excitement of the band is that it can be that risky.”

Failure is a concept that threatens to affect the one-time Utah resident and BYU student, too. When a song doesn’t work for a few minutes, it means a few lost minutes for the audience. “There are only so many shows you see in your life, and I don’t want to waste anybody’s time,” he says.

While Sparhawk had been familiar with Garrington and Pollard before forming Retribution, he fell into playing with them by happenstance. After Low was once forced to back out of a local bill, Sparhawk decided to pull in the other two players for the concert. Instantly, he knew that this combination would go on to outlast a fill-in spot.

Sparhawk describes his partners as “perfectionists” and adds that each has a knack for improv. He testifies to their abilities (Garrington, for example, has a past in jazz) in a way he wouldn’t dare speak of himself. “We’re not playing jazz or anything, but there’s something about a bold jazz background that comes into play if you’re willing to jump off the cliff with a rock three-piece,” relates Sparhawk. “There’s a level of musicianship these guys have that’s beyond my understanding. “ Aside from the fresh cast, the major difference between Retribution Gospel Choir and Low lies in the thresholds of volume each adopts. While the soporific Low sticks to subdued, docile limits, Retribution’s Americana-bred indie-rock is cranked up to quake amps. Adds Sparhawk, “With Low, it was very much about trying to sound large but be quiet,” while his current group is willing to go both large and loud.

Amplification is a key component to Retribution’s approach to music, but it’s hardly the only interesting thing about the band. The soaring guitars and crisp drums give off a wistful, agitated spark, and Sparhawk emits a cry that rotates between thoughtful and passionately pained (sometimes both at once). Comparisons to Crazy Horse have become ubiquitous in the press, which is a notion that sets off an intriguing chain of comments from Sparhawk. “I grew up a couple hours south of Neil Young and two, three hours south of Bob Dylan. There’s something about being isolated on the edge of the glacier there. You feel this will to grab a hold of and ingest this open expanse.”

Sparhawk talks about music like a man more fascinated by raw emotion than cultivated skills. In that spirit, he is not afraid of things going wrong in public. “I’ve had shit thrown at me in Phoenix. I told 25,000 people in Madison Square Garden that they’re a bunch of pigs. Sure, something could totally throw me off, but I don’t care,” he says. “It’s worth taking that chance because I want to be free.”