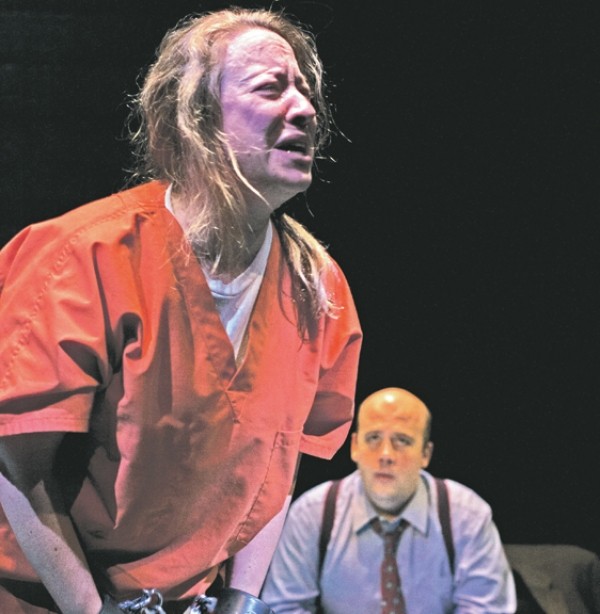 “I’m not wrong!” Kenneth (Kirt Bateman) bellows at Susan (April Fossen); “I can’t be!” It’s the culmination of a battle of wills between these allegorical stand-ins, based on Susan McDougal’s imprisonment on contempt-of-court charges by special prosecutor Kenneth Starr during the 1994 Bill Clinton/Whitewater investigation, because of her refusal to testify. And as the Susan in Eric Samuelsen’s play is subjected to ever-harsher tactics by Kenneth in order to get what he wants, the play’s title takes on a compelling meaning.

Because this isn’t just about the irony of people’s lives being shattered by procedural technicalities of an uncaring system. As Kenneth and Susan—terrifically performed by Bateman and Fossen—battle over the very concept of “truth” versus “reality,” Samuelsen digs deeper into the notion that 21st-century civil-liberties violations from Guantanamo to NSA spying are based on something intensely personal in the minds of those who justify the actions. It’s a collision between the world as they fantasize it should be—must be—and the world as it is.

Samuelsen tips his hand perhaps a bit too obviously by including a hallucinatory scene in which Kenneth accuses Susan of being part of a terrorist plot, and subjects her to “enhanced interrogation” of various kinds. But director Jerry Rapier’s intense staging—placing the audience on three sides of the stage space, and having Fossen pace around Susan’s cell even as audience members enter, while sleep-deprivation sound pierces the room—builds a mood that punches through the moments of didacticism. This one small piece of revisionist history becomes an engrossing harbinger of the way fear has given us a lot more to be afraid of.