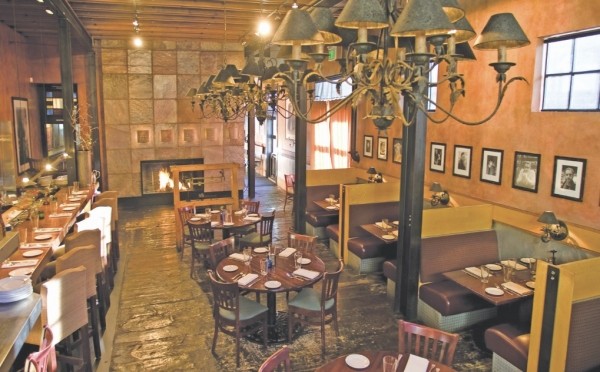 Just because you’re good at one thing doesn’t mean you can’t be great at something else. Ice Cube started in gangsta rap before going on to star in family comedies; Justin Timberlake went from boy band to bankable film star. Hugh Jackman alternates between belting out show tunes on Broadway and slashing people up as Wolverine in the X-Men movies.

Whoever or whatever is on your list of great crossovers, add Zoom in Park City to the food section. Zoom, in a former Union Pacific railroad depot, was opened by Robert Redford in 1995, and is even considered part of the Sundance Resort. It fulfills all the expectations for a fine-dining stop along Park City’s Main Street in terms of sophisticated menu options and a good wine list—but it’s also home to some damned good ribs, served with cornbread and coleslaw.

Are great ribs even allowed at a restaurant that carries a selection of fine wines? Isn’t there some law that great barbecue can only be done by a guy named Jimbo sweating over an outdoor grill? Can great ribs coexist in the same kitchen with avocado vichyssoise?

Apparently, they can. We ordered the ribs, and they were everything you want in that dish—sweet, tangy, juicy and falling off the bone.

It’s always nice to run across a person or place that isn’t afraid to cross over in a fun and surprising way. Think how much worse off we’d all be if Martin Luther hadn’t also come up with the idea for the Christmas tree.