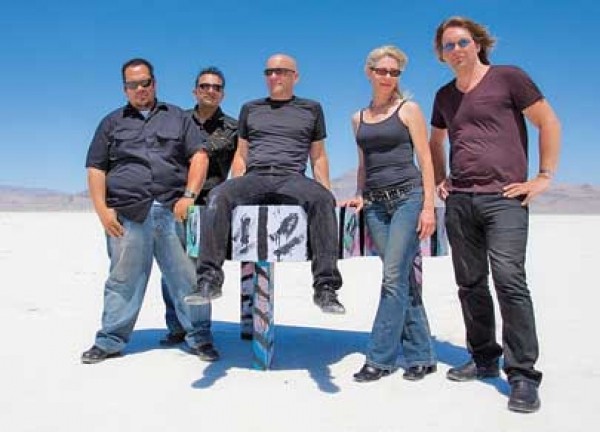 Every morning, Rich Wyman wakes up and soaks up the latest updates from his favorite news source, Democracy Now!. At about 9 a.m., Wyman settles in at his piano and begins by tickling out musical scales, followed by 15 minutes of finger exercises. Then, he moves on to play classical songs composed by the masters, like Bach or Mozart.

Sometimes, Wyman’s two-hour morning regimen of news and piano playing will foster a free-flowing creative wellspring that pours out a song, one with meaning relevant to the current issues displayed in today’s media. “It’s like a flower bloomed out of all that stuff,” Wyman says.

Wyman’s forthcoming album, Good Company, offers many political songs that have blossomed in this fashion. “Guantanamo,” loosely based on “Guantanamo’s Child: The Untold Story of Omar Khadr,” a segment from Democracy Now!, sings the tale of the 15-year-old-boy who was captured and imprisoned in the controversial prison on Guantanamo Bay. But within this song and others, he draws in outsourced material like paraphrasing German pastor Martin NiemÃ¶ller in this line: “If I was your son what would you do?/ Who will speak out when they come for you?”

Aside from political subject matter, Wyman also hopes to tap the keys of his listeners’ emotions by incorporating heartfelt themes in his music. The song “It’s Amazing” tells the love story of two people who can forget the lies of the media by being with each other. “It’s a love song, but it’s got [political] teeth to it,” Wyman says.

Furthermore, “It’s Amazing” represents the relationship Wyman shares with his wife, Lisa Needham. She is more than a mere muse, though. Needham also adds to Wyman’s tunes; her voice, along with the musical talents of 20 other artists—some local, some national—adds eclectic sounds throughout Good Company.

It can be surmised that Good Company is about relationships, whether it’s Wyman’s relationship with politics or the many relationships he shares with what he calls “the dream list of musicians” who helped record this album—musicians like violinist Liz Anderson and folk duo Joy & Eric.

With the premiere of Wyman’s ninth album just around the corner, it’s easy to imagine his bald head and big smile turning to thank the many artists who added to Good Company. “It’s like building a skyscraper,” Wyman says. “I built it halfway. They fucking took it to the top.”