More than 100 species rely on habitat away from Utah roads and development, according to a new study. 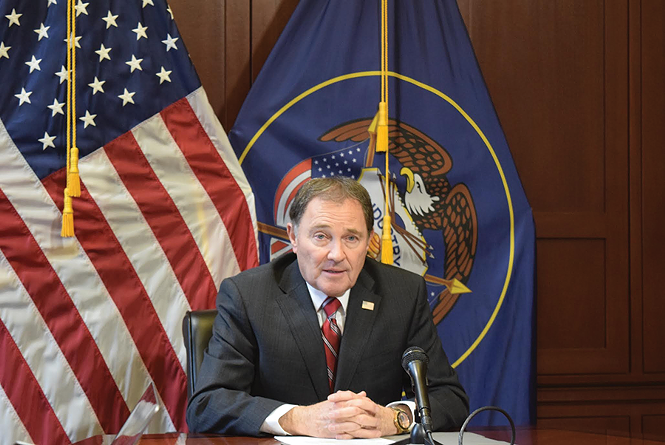 Rumors of wolverines in Utah have swirled for decades, fed by occasional sightings in the state's most remote reaches, like the Uinta-Wasatch-Cache National Forest. But the habitat of this reclusive animal, along with that of at least 100 other species—including dozens of native plants and amphibians—is threatened by the state's quest to weaken federal protections for some of the state's most remote and undeveloped areas, according to a recent study from the Defenders of Wildlife.

"These areas are uniquely undisturbed by humans," Karen Beard, wildland resources professor with Utah State University, says. "Once these areas get roads, even if they're temporary, the pristine nature of the area would be disturbed."

The study found that roadless protections are crucial to sustaining the health and diversity of more than 100 at-risk species. The presence of roads—with the logging and mining many conservationists fear would follow—threatens to reduce the biodiversity of local species while increasing habitat fragmentation, mortality rates, and sound pollution.

"The wildlife populations are already at risk," says Peter Nelson, director of the federal lands program with Defenders of Wildlife, the nonprofit conservation organization which commissioned the study. "We really are talking about pushing these species up against a wall."

Per the study, the roadless areas included in the regulation loosening are shown to support an average of 24 at-risk species per area. Some habitats were particularly favored by specific species. For example, the Ashley and Uinta-Wasatch-Cache National Forests had the highest populations of at-risk bird species, with certain areas of the Uinta supporting 18 different species.

Utah is not alone in its attempt to loosen roadless regulations. Alaska wants to release 9 million acres in Southeast Alaska's Tongass National Forest from the rule, which would be the largest exemption in the country, according to Natalie Dawson, executive director of Audubon Alaska. The draft environmental impact statement from the forest service is expected this fall. At roughly 17 million acres, the Tongass is the world's largest remaining coastal temperate rainforest and refuge for some of the world's oldest trees. Audubon Alaska, partnered with Defenders of Wildlife, is working to complete its own study on how a roadless rule change would affect wildlife in the area.

On July 16, the U.S. Department of Agriculture issued a news release stating Utah's roadless rule petition would remain pending. According to Ken Rait, a project director with Pew Charitable Trusts, the statement is the first indication about whether the Forest Service will move forward with Utah's petition. In it, the state argued that the exemption would allow for more proactive forest management practices to reduce wildfire risk. But according to Rait, it failed to articulate an argument for removing the roadless protections outside of the flexibility already allowed in the 2001 ruling—perhaps indicating why the agency could rule differently than it did with Alaska's petition.

"[Utah's political leaders] see the Trump administration as providing a political window of opportunity to decrease protections in order to expand logging into areas where it currently would not be allowed in national forests," Rait says.


A version of this article first appeared in High Country News.