Musicians' wines will rock you 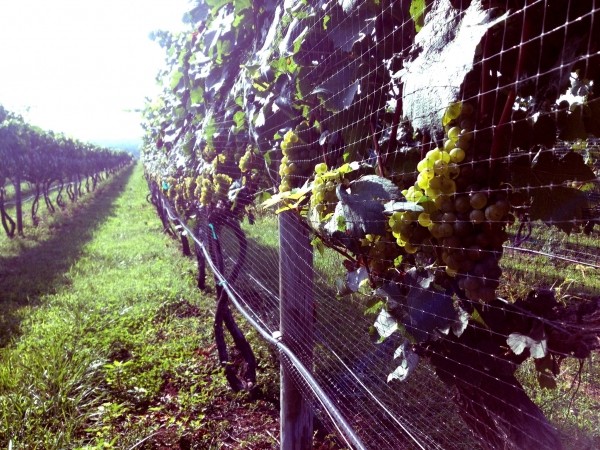 At least as far back as 1946, when Stick McGhee sang the lyrics later made famous by Jerry Lee Lewis—“Drinkin’ wine spo-dee-o-dee, drinkin’ wine!”—rock & roll has been tethered to the fermented grape. Why, I’ll even confess an uncloseted passion for Uriah Heep, whose Spinal Tap-ready singer, the late David Byron, was often seen onstage swilling wine from the bottle. And, it’s almost impossible to mention red wine without Neil Diamond’s “Red, Red Wine”— the song made omnipresent on the radio and MTV by UB40—popping into your skull. Well, these days, rockers are not only drinking and singing about wine; they’re also making it.

Thankfully, Dave Matthews’ wines hold much more appeal than his music. He’s the owner of Blenheim Vineyards, located in Charlottesville, Va. At Blenheim, Mathews and crew produce a Bordeaux-style blend called Painted Red, along with Cabernet Sauvignon, Chardonnay and Viognier. It’s a small-production winery, making only about 500 cases of each wine annually. So, they’re not easy to find, but the Blenheim Farm Chardonnay 2009 is worth tracking down.

The Mick Fleetwood—of Fleetwood Mac fame—operation is considerably larger, producing a range of wines from Merlot, Pinot Noir, Syrah, Barbera and Cabernet Sauvignon to Chardonnay, Riesling and Sauvignon Blanc. Mick says of his Mick Fleetwood Private Cellar wines, “Mixing my wines is a lot like creating music. Blending tastes is a lot like mixing sound; it has to be just right for me.” I got to taste a few of his wines when the drummer visited Fleming’s Steakhouse & Wine Bar a while back. His award-winning Chardonnays are especially worth seeking out.

There are some musician-winemakers—Madonna, the owner of Ciccone Vineyard & Winery comes to mind—who seem to be involved with wine as a bucket-list sort of thing. Or perhaps they feel it helps professionalize their image. Others, such as English pop singer Sir Cliff Richard, are in it for their love of wine. Richard has been a wine lover for most of his life and owns the Adega do Cantor Winery (“winery of the singer”) in Guia, Portugal. There, he and his winemaking partners make world-class wines including single-grape wines, blends and a killer sparkling Rosé called Vida Nova.

Maynard James Keenan, too, is serious about wine. The Tool/Puscifer singer owns Arizona’s Merkin Vineyards and its associated winery, Caduceus Cellars, where he produces an array of very, very good wines. His voyage from stage to vineyard is captured in the documentary Blood Into Wine—which is, in my opinion, the best movie ever made about wine.

I was pleasantly surprised with the quality of Pink Floyd’s The Dark Side of the Moon Cabernet Sauvignon 2009; it’s a solid, well-made Cab. However, you’ll want to avoid the Woodstock Chardonnay 2010 like you would have wanted to avoid the brown acid at Woodstock. And the Grateful Dead Steal Your Face 2009—a blend of Syrah, Petite Syrah, Zinfandel and Grenache—perhaps not unexpectedly, is unfocused, meandering aimlessly all over the palate. Rock on!