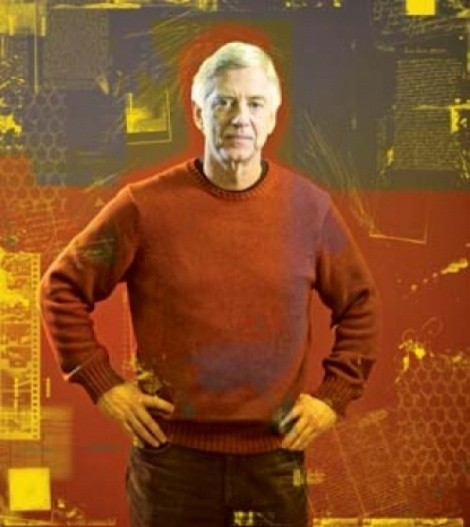 On Oct. 9 & 10, people around the globe will gather to raise awareness of climate-protection issues. In Salt Lake City, former Mayor Rocky Anderson’s High Road for Human Rights education project will host the Cooler World Music Festival on Saturday, Oct. 9, from 1 to 6 p.m. at Liberty Park. The festival is headlined by swing-band favorite Big Bad Voodoo Daddy and includes performances by MuscleHawk, Insatiable and Rumba Libre. City Weekly spoke to Anderson about the festival and his nonprofit.

Why did you form High Road for Human Rights?
It organizes people into groups, educating them and providing them the means to educating others in their community to help drive change. Time and time again, genocides have occurred. Genocides are occurring right now, and there are more slaves on the planet than ever before. Yet, the United States normally does nothing to stop horrendous, preventable suffering.

We’re in Salt Lake City. How can we stop such atrocities?
I think most people would respond if they knew they had the tools. The anti-slavery movement in the 1800s, the women’s suffrage movement, the labor movement, the civil-rights movement—none of these things started with elected officials taking action, they all were initiated and carried forward by people who cared to organize. Joe Hill, a famous labor organizer, is remembered for having said, “Don’t mourn. Organize.” I think that’s really a powerful message.

What’s so hot about the Cooler World Music Festival?
I’ve really been pushing for human-rights organizations to be addressing climate change within a human-rights framework. There’s a lot of consciousness-raising to do, and on the weekend of Oct. 9 and 10, there are more than 2,500 events occurring in more than 120 countries, all initiated by 350.org. We’re endeavoring to put on the world’s largest of the 350 events that weekend. I’m seeking to put on an event that will draw tens of thousands of people. They can have a great time, enjoy world-class music, dancing, food, a beer or glass of wine, and at the same time, see exhibits and hear messages about what we can all do to help stem cataclysmic climate change.

Which music will you be dancing to at the festival?
I don’t dance—not until I’ve had a few beers—but it’s all going to be unbelievably danceable. People should come early because they’ll want to stake out their place. There’s something for everybody, and everybody will have a great time.

Do you miss being mayor?
You know, it’s funny. I never really missed it. The day that I left office, I came over here and unpacked things and just blasted forward. This is where my real passion is. It’s the hardest thing I’ve ever done.