Did FDR conceal his dependence on a wheelchair? 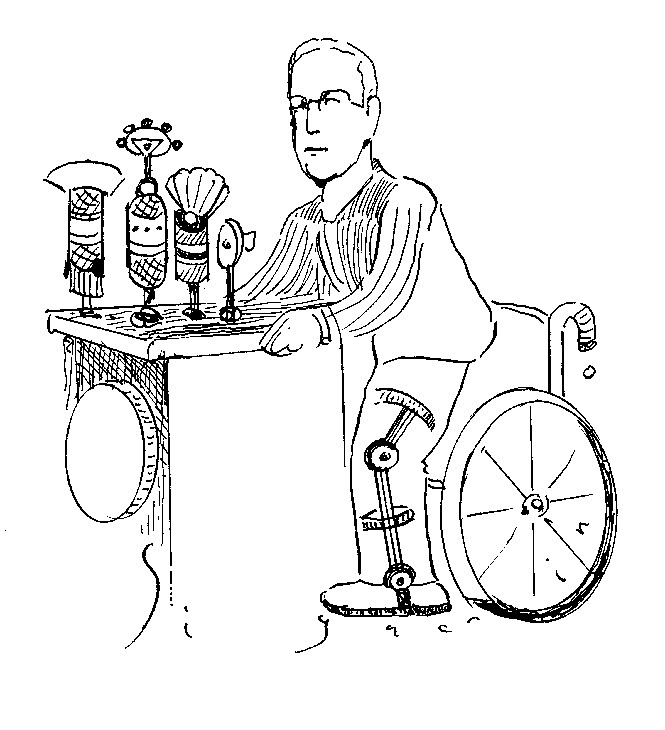 One thing I've heard over and over again is that FDR concealed his dependence on a wheelchair, and the American public was unaware that he was physically disabled. Is that true?

If a president sits in a wheelchair and no one's there to photograph him, is he really paraplegic? Franklin Delano Roosevelt never explicitly denied that he'd lost the use of his legs, but he sure did his damnedest to keep people—especially of the camera-toting variety from seeing him wheel around. When rare 1944 footage of FDR rolling onboard the U.S.S. Baltimore surfaced three years ago, the Associated Press claimed "Roosevelt's disability was virtually a state secret during his presidency," echoing an assumption popularized by Hugh Gregory Gallagher's 1980 book FDR's Splendid Deception. That doesn't quite cover it, though. Long before the internet, FDR evidently grasped the truth of the information-age maxim "Pics or it didn't happen": many Americans knew Roosevelt was disabled, but he was determined they not perceive him as such.

It was in August 1921 that Roosevelt, the Democratic candidate for vice president just the year before, became mysteriously paralyzed from the waist down and was diagnosed with polio. (Scrutinizing his symptoms posthumously, modern doctors have suggested that what he really had was Guillain-Barré syndrome, but until someone digs the old boy up and finds some usable DNA, we'll stick with what his contemporaries believed.) A vigorous 39-year-old, Roosevelt threw himself into a series of recuperative regimens, and by the time he was called upon to nominate Al Smith at the party's 1924 convention, Roosevelt was capable of hauling his lower body across the stage on crutches.

Roosevelt went on to run for Smith's seat as governor of New York, and his Republican opponents were quick to target his disability. Smith cut them off at the pass: Acknowledging Roosevelt's "lack of muscular control of his lower limbs," Smith insisted that "a governor does not have to be an acrobat. We do not elect him for his ability to do a double back-flip or a handspring."

In preparation for his first presidential campaign, Roosevelt addressed the subject head on. In 1931, Liberty magazine ran a story titled "Is Franklin D. Roosevelt Physically Fit to Be President?" "The next President of the United States may be a cripple," the piece began; Roosevelt was remarkably candid and submitted to examination by three physicians. The not entirely straightforward conclusion: "Governor Roosevelt is confident of ultimate total recovery."

And then, once Roosevelt was elected, his disability was, for the most part, no longer under discussion. How'd he manage it? For starters, few White House press secretaries have tyrannized D.C. reporters as thoroughly as Steve Early. Through FDR's tenure, Early banned anyone seeking to snap a pic of the president in his wheelchair; Secret Service agents more than once yanked film or plates from the camera of a misbehaving photog. As for inquiries into Roosevelt's physical condition, they were invariably met with a single response: "It's not a story."

Roosevelt's public appearances were carefully stage-managed to similar effect. The president rarely emerged from his limousine in the view of the public or the press; his legs were supported with steel braces, and when he spoke, he would grip the podium forcefully with both hands (his lecterns were often special-built heavy-duty models) and emphasize his points with a jaunty, vigorous thrust of his head.

But neither did his condition go wholly overlooked. Time and The New Yorker both casually mentioned FDR using a wheelchair in 1934, as did a 1941 Life profile. Yet even his political adversaries—and Henry Luce was no fan—didn't harp on Roosevelt's disability, though Luce managed to publish a rare photo of him in a wheelchair in 1937. More remarkably, Roosevelt's overseas enemies rarely attempted to exploit his disability. Mussolini did once splutter, "Never in the course of history has a nation been guided by a paralytic," and a German propagandist called FDR "a physically broken person who is constantly venting his hysteria," but honestly you'd figure they'd have made more of it.

When he ran for his fourth term in 1944, Roosevelt was 62 and his health became an issue for the first time in a decade. He also appeared publicly in his wheelchair. "I hope that you will pardon me for this unusual posture of sitting down," Roosevelt told Congress after returning from Yalta, "but I know that you will realize that it makes it a lot easier for me not to have to carry about 10 pounds of steel around on the bottom of my legs."

FDR was perhaps the most effective U.S. politician ever, and throughout his career he managed his disability with a hard-nosed pragmatism that, as with so much of his presidential style, could be classified either as take-charge leadership or outright manipulation. Think about it, though: Today there'd be a treacly 10-minute documentary at the Democratic National Convention about Franklin's polio, set to soft but stirring music, with poor Eleanor forced to gaze dewy-eyed into the distance. It's enough to make you think the Great Depression really was the good old days.