Culture » Out of the Box 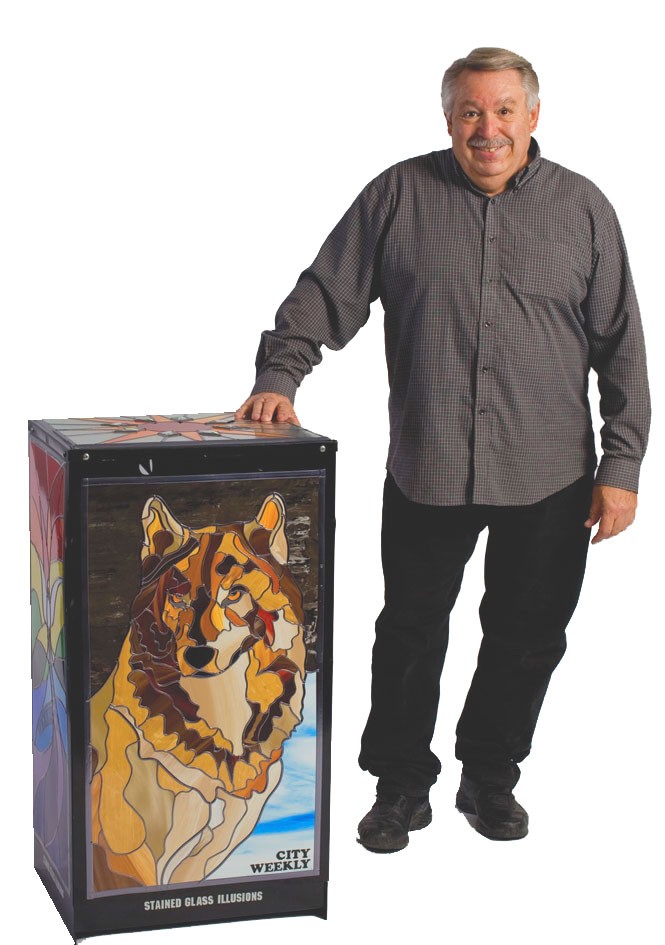 I’ve been in the “art” business for a long time. Naturally, the times spent doing art were my favorite all the way through school. When a senior in high school (Granite High) in the mid 1960s, I graduated out of a two-semester hand lettering course in just a few weeks. The teacher was amazed at my lettering skills. My future was sealed. I went on to run my own sign shop for over 35 years. However, when Salt Lake hosted the 2002 Olympic Games, I witnessed a massive influx of franchise sign companies trying to cash in on the riches. When the Games were over, those shops remained and competition became intense. Not only that, but the “art” of hand lettering wasn’t in demand any longer. Computers and vinyl cut lettering were taking over the industry. Rather than invest in upgrades just to compete, I opted to change careers instead. I’d learned about the overlay stained glass process many years ago (it was developed in the 1970s) and decided to give it a try. That was in 2003 and I haven’t regretted that decision for a minute. I’m involved in art to an even greater degree now and am having a ball doing it. The overlay process has a wide range of uses and the possibilities are only limited by one’s imagination. I can literally do my overlay stained glass process on any non-porous surface, but especially clear glass panes, of course. Ahem ... try making a City Weekly distribution box out of “traditional” stained glass! Don’t think that would work very well.

Out of the Box Out of Box Artist