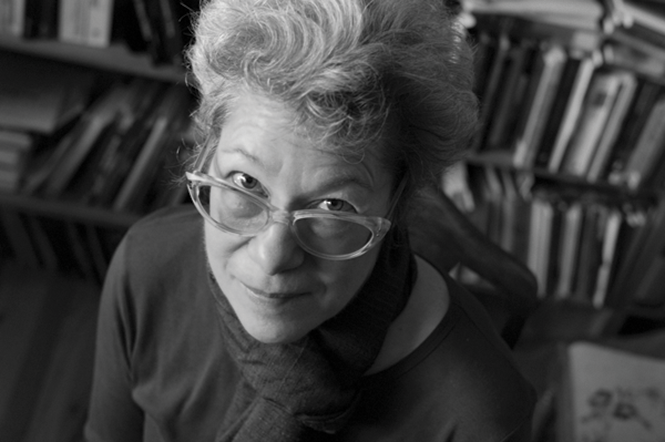 "Where are you from" seems like it would be an easy question for most people to answer. For Natasha Sajé, it's a bit more complicated than where you were born, where you grew up, or even who your parents are.

Sajé—an award-winning poet and professor of English at Westminster College—explores that subject in her new book Terroir: Love, Out of Place. A memoir in the form of eight essays, Terroir finds Sajé investigating how the various places she has lived and traveled have impacted the person she became, from being the child of post-World War II Slovenian and German immigrants in New Jersey, to years spent in Washington D.C. and Baltimore, to relocation to Salt Lake City in 1998.

The project that ultimately became Terroir began 10 years ago, initially with a very different shape in mind. Sajé envisioned a "memoir with recipes," built around her long-time fascination with food and a fellowship at that time in France. "I tried writing ... and did produce lots of short pieces centered around food and recipes, for around three years," Sajé says. "Then I realized somehow, as I was writing some of the short pieces, that they needed more length and depth, and the focus on food didn't feel truthful. So I set those short food pieces aside, and started again."

While each essay centers on Sajé's personal experience, she uses the essays in Terroir to track issues like integration, nationality, family, gender, race and class, particularly her own growing understanding of those subjects. Yet she also understands that memoir is a tricky literary form, one where the writer is always self-aware about the elements of herself that she is revealing. "I think my poems are actually more intimate, because of that aspect of performance [in memoir]," she says. "I was conscious of the self I was offering up. I've paid particular attention to books where I thought the narrating 'I' was dishonest, or overly self-flattering, or where there were gaps. And of course, there are gaps in any story. But when those gaps are significant to the deeper subject, you feel like, 'Wait a minute.'"

As one who analyzes literature for a living, Sajé is perhaps more aware of such potential pitfalls than many writers might be, and the breadth of her lifetime of voracious reading is evident in Terroir's many references to and quotes from other literary works. She believes that as much as these essays are about the impact of direct experience on her life, the mediated experience of other writers was crucial as well. "I guess I can't do it any other way, because I'm such a reader," she says. "Whatever I write, I'm always integrating what I've read. I can't separate life from literature. Reading provided theory, a framework, a structure for me to understand what was happening to me."

Also evident from the essays in Terroir is Sajé's fascination with etymology, as she often pauses to note the origins of words. In that sense, the question of "where are you from" is one she asks of language as much as she's asking it of people. "That's been my obsession ever since I learned about it in graduate school," Sajé says. "It was through Derrida and other theorists that I learned about the history of words. In my earlier college education, I didn't use a dictionary, no one ever taught me the idea that words have images as roots, and the context changes, but there's a watermark in the word that glows through."

Since Terroir addresses all of the places Sajé has called home, she definitely touches on the more than 20 years she has spent in Utah. And it would be fair to say that the passages about this place express a complicated relationship with the state: its politics, its religious hegemony, its pollution. She values the opportunity Westminster College has given her to have "a full-time job as a poet and teaching," while also noting that "I feel very left alone here, so that is both a boon and a hindrance. ... There's this micro-community here of liberals that sort of hangs together, that makes it feel like a small place."

That might not be a surprising point of view from someone who's not "from" here, and much of Terroir is about how the roots of a place can't entirely be separated from the time your life that you spent there, and the people with whom you spent that time. "It is all three of those things, isn't it?" she says. "And we don't have control over all of them. So it seems like luck or chance when things click. I guess another argument that I had for the whole book was that environment and other people are more important than family."