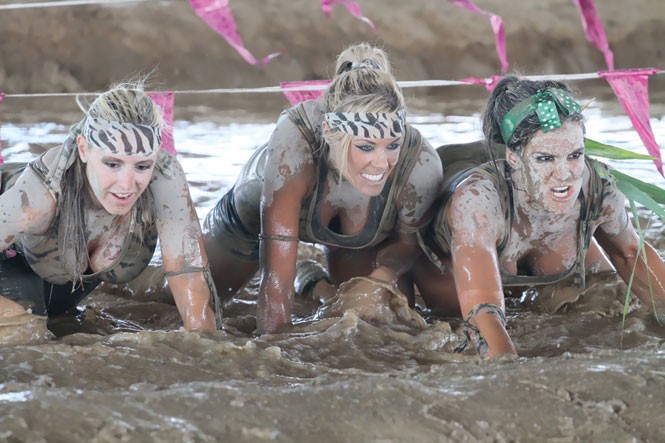 For my boyfriend, carrying my skis to the top of the ridge was not an act of chivalry—it was a strategy. The faster we climbed, the more powder runs we took.

It's not that it was a particularly grueling hike. It's not that I was incapable of carrying my gear. I had hiked the ridge the year before while skiing with a girlfriend. We'd taken our time on the way up, each carrying our own skis, stepping aside to let faster hikers pass, but we still got in two glorious runs that day, and I felt like a total badass. This time, I felt like a shmuck. Yes, my boyfriend could hike faster with both our gear than I could with just my pair of skis, but it was a walk of shame hiking behind my Sherpa/boyfriend while every other person around me humped the hill with their own stuff.

It's not unusual during co-ed activities to have men actively seeking to shoulder (sometimes literally) the "burden." From their perspective, I suppose, it's a matter of efficiency and of winning. For a woman, it can lead to feeling and acting like a second-string, second-rate athlete.

That's why, though I'm not about to give up on co-ed softball or pick-up soccer, I was thrilled to hear about two women-only sports events in the Salt Lake City area. Both events are scheduled for the morning of Saturday, Aug. 16, requiring some tough decision-making.

Catching on to the trendy obstacle-race craze is Kiss Me Dirty (KMD), an untimed 5K that sends female participants sliding, running and climbing through a muddy racecourse. Instead of awarding competitors for their times, KMD gives awards for best costume, best team name and to the oldest participant.

The organizers of KMD—a touring race that holds events across the country—have tried hard to design an event that supports women in multiple ways. Part of that effort is achieved by donating some of the proceeds to gynecological cancer research, and part by providing a race that empowers and encourages all women, not just the super-fit. From the looks of it, the obstacles—rope climb, wall jump, tube dash, mud crawl—are tamer versions of races such as Tough Mudder. There's no barbed wire, no electric shocks or ice pits, no 15-foot high walls. If you want some good ol' dirty fun and a sense of camaraderie, this is a good place to go. Additional information and registration can be found at KissMeDirty.com/salt-lake-city-ut.html.

The fourth-annual Utah Runner Girl 5K and Princess Run (for girls under 12) is locally organized, and involves much less mud. Runners start and end at Highland Glen Park (in Highland, located just past the point of the mountain in Utah Valley). A "chocolate aid station" at the 1.5-mile mark and free massages at the finish line give some nice pampering touches to the race, which is timed and will have prizes for the top three finishers in each age group. Additional information and registration at UtahRunnerGirls.com.

It's refreshing to see such events that empower women become more common. During one of my recent recreation-league softball games, one of my female teammates stepped up to the plate to take her turn swinging. She didn't have to. Because of the previous play, she could have walked straight to first base. Some of the guys on my team told her to take her base so that she could let the guy after her bat. But she didn't listen.

"I came here to play tonight," she said, and faced the pitcher.

When she walked back in the dugout, I gave her a big high-five. I was proud that she'd stepped up and played. It's not always easy to stick up for ourselves, and it's nice every once in a while to perform according to our own expectations instead of someone else's.