On the 20th anniversary of Tupac's death, an important new book takes a gritty look at Los Angeles hip-hop. 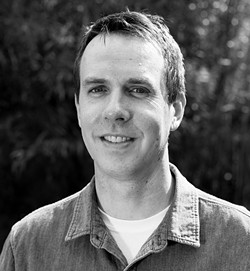 One could argue, with the ease of claiming B.I.G. and Tupac's eternal rap game dominance, that music fans want every speck of background on their favorite hotshots. How else could one explain the everlasting cycle of celebrity worship and tabloids, or the slut-shaming and buzz around the selfie hacks of private panty shots snapped by the starlet du jour?

On the other hand, it's clear that many pop-culture fanatics prefer that the legacies of their heroes be scrubbed and romanticized. For proof, you needn't look much further than most biopics and TV shows about the entertainment business, in which character flaws may occasionally factor in, but are typically eclipsed by brilliance.

Cultural consumers of the latter revisionist mind who wish to learn about the rise of California rap should view Straight Outta Compton, the candy-coated 2015 big-screen dramatization of the saga behind N.W.A., hip-hop's first explosive Los Angeles export. Those who crave the dirty details, however—no matter how horrendous, despite how some characterizations might impact one's feelings for beloved classics—will prefer to digest Original Gangstas: The Untold Story of Dr. Dre, Eazy-E, Ice Cube, Tupac Shakur, and the Birth of West Coast Rap. Authored and intensely researched by former LA Weekly music editor Ben Westhoff, the volume is as eloquently written as it is immensely raw in content. To borrow one from Ice Cube, it's a "no Vaseline" sort of affair.

In a recent chat about his latest effort, Westhoff couldn't recall the precise nature of his original pitch to publishers. He knew that he was rolling into familiar and even well-charted territory, but he also knew that while contributions like Have Gun Will Travel, Ronin Ro's 1999 book subtitled The Spectacular Rise and Violent Fall of Death Row Records, as well as a few other select works, spelunk various cracks in the often-inaccurate popular narrative, there was still a mess of information buried in participants of varying significance. Add in the extraordinary social unrest and the crack epidemic from which West Coast hip-hop was in large part born, plus the unwieldy conspiracy theories that cloud almost any discussion of the subgenre—especially around the deaths of Eazy-E and Tupac—and Westhoff saw an opportunity to weave together puzzle pieces and fill gaps left by the legions who have mined similar spaces and begun to trim some of the taller tales.

Of course, reality is crazier than fiction, and it's impossible to turn more than a couple pages in Original Gangstas without shaking one's head in amazement at the insanity of daily life at N.W.A.'s Ruthless Records—from the number of children and artists Eazy and Dre fathered, to the Nation of Islam's bizarre attempt to cure the former's AIDS before his death in 1995 (a happening reported here in detail for the first time). While Westhoff started researching before he had a focus, eventually the through-line became obvious: Dr. Dre, born Andre Young, whose career as a party-rocking teenage DJ—and then later as the leading architect behind an evolving West Coast sound and the region's chief rap impresario—transformed countless heavyweight careers.

With a guiding light on Dre, Westhoff says that his approach was notably different from the one he took with Dirty South: OutKast, Lil Wayne, Soulja Boy, and the Southern Rappers Who Reinvented Hip-Hop. Whereas that book reads more like a travelogue than, say, Brian Coleman's comprehensive Check the Technique series, which lets the artists do most of the talking directly, Original Gangstas reads like classic investigative magazine journalism and stands alongside Check the Technique, Can't Stop Won't Stop by Jeff Chang and The Big Payback by Dan Charnas as a standard-bearer sure to age like a Dre track. 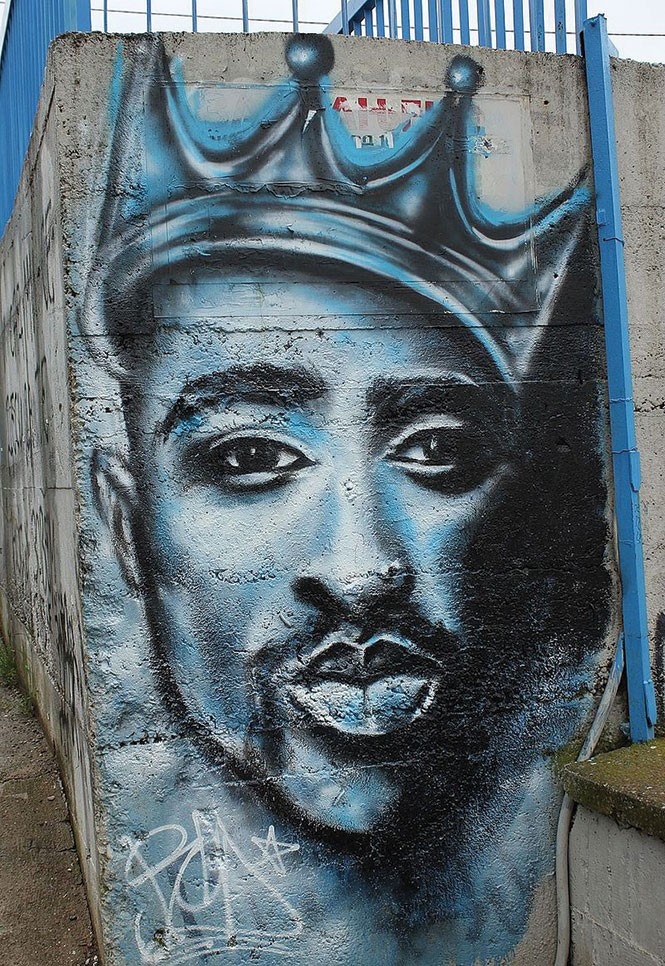 With the responsibility of turning an investigative eye on Ruthless Records and Death Row—the latter the comparably infamous imprint of iconic criminal boss Suge Knight that fostered the careers of Snoop Dogg and Tupac—came the duty of attending to a series of unfortunate domestic assaults that took place throughout the halcyon years. It's not a stretch to say that beating women is an especially major plotline in any story involving Dre; such behavior was so normalized among N.W.A. members, in fact, that one is left to question the intentions of Straight Outta Compton's screenwriters, or any other biographer who masks these black eyes. One account by Westhoff, of a beating Dre gave then-TV host Dee Barnes at a club in West Hollywood, stands out among the most despicable:

"'He grabbed me by my hair, picked me up and started slamming me into a brick wall,' said Barnes, who is nearly a foot shorter than Dre and weighed about half as much. Dre's bodyguard held back the crowd, she added in a statement. According to eyewitness accounts, Dre began kicking her and tried to push her down a flight of stairs. She fled to the bathroom, but Dre followed her in and began beating her more. [N.W.A. promoter] Doug Young said the room full of spectators watched and did nothing."

In these respects, Original Gangstas is a grueling read, even for those who might be vaguely familiar with the domestic side of this story, and especially for anyone who grew up hanging pictures of these guys on their walls—an experience that I personally share with Westhoff (and that the Minnesota-bred author notes in brief throughout the book, using his own impressions as a way to show the far-reaching impact of Compton rap). But while atrocious acts against women—their victims were almost always women, as N.W.A.'s security handled the male threats—turn up on page after page, Westhoff doesn't let those acts hijack the narrative. And why should they? This is, after all, the dirty version. Extensive scars considered, Dre himself should probably be happy with the book, since it proves him to be among the realest MCs ever, at least in that he apparently meant in earnest and delivered on the threats he issued against women on record.

As a critical addition to existing accounts of these episodes, Original Gangstas is a reliable and accessible historical document, including Westhoff's diligence in finding sources who were difficult to track down. Though N.W.A.'s former business manager, the recently deceased Jerry Heller, was subsequently ambushed by the paparazzi likes of TMZ, Westhoff believes theirs was Heller's last substantial interview; as he writes, in their short time together in October 2014, the mogul was "alternatively calm and heated," oscillating "between saying he doesn't care what anyone says about him, and vehemently denying various allegations." Others were more amenable, like J-Dee of Da Lench Mob, who is currently serving a sentence for murder in California. Westhoff says that coverage from Vibe magazine was particularly thorough, though he made sure to note that the publication, for reasons satisfactory or otherwise, drew criticism from some corners for fueling the violence that erupted between warring rap factions. Even with these many living documents to pluck from and fact-check, Westhoff managed to produce a seriously compelling page-turner. Never too far from his early music critic roots, the author clearly knows his shit, which is more than can be said for most people writing about rap for national audiences. Here's his description of the frenzy over the 1988 release of Straight Outta Compton:

"The album's most memorable songs feature an assault of abrasive textures, marching drums, sample fragments, and break beats mined from Roadium swap meets. Straight Outta Compton's bombastic sound matches its rhetoric. To hear it as a child of poverty was to nod in affirmation; to hear it as a person of privilege was to gasp in horror."

On an important side note, underground-heads should be happy to know that Westhoff, who has covered many facets of the genre, appropriately notes intersections between rap honchos and the subterranean element around them—from the involvement of Cube's cousin Del tha Funkee Homosapien (his preferred spelling back then) with Da Lench Mob, to the parallel rise of the Good Life Cafe and an alternative rhyme scene in Greater Los Angeles. That's in addition to a range of cameos from peripheral players like DJ David Faustino (yes, Bud from Married with Children) to rappers who emerged as household names outside the Ruthless fold—like Everlast, whose former girlfriend, white female MC Tairrie B, Dre once punched in the face "the way a guy would hit another guy," according to one witness.

Westhoff, who began working on Original Gangstas before Straight Outta Compton was announced, says that he and his publisher debated pushing up their drop date to align with the biopic. In the end, it wasn't feasible—or, as the author now acknowledges, anywhere close to necessary. A proper published biographical account claws much closer to the core of any topic than could any feature film, and in this case the difference isn't simply in the errors and omissions of the N.W.A. flick, like having the group visit the White House (in reality, Eazy attended a George H.W. Bush fundraiser at a DC hotel), or showing them being arrested for performing "Fuck tha Police" in Detroit (they weren't). Rather, in his intricate profile of these seminal gang-related performers, we are treated to the ugly truth. Considering that California gangsta rap, before all of the hype, was commonly called "reality rap" by its originators, there should be no higher aspiration for those attempting to document the backstory.

Original Gangstas is available on HachetteBookGroup.com.

Chris Faraone is the features editor of DigBoston and a co-founder of the Boston Institute for Nonprofit Journalism.