Salt Flats Out, Italian Java In 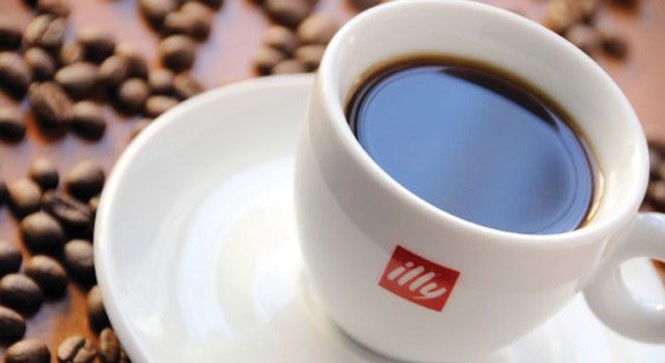 Salt Flats Out, Italian Java In


Utah's first Illy Artisti del Gusto location, Caffe 222 (801-561-3018), has opened at 222 Main downtown. It will occupy the space that was the short-lived home to Sonny Bryan's BBQ and the even shorter-lived Salt Flats Grill & Taproom. Maybe the third time's a charm.

"The opportunity to be aligned with Illy has been a goal since we first began seeking a location for our Bistro 222 restaurant—also in the 222 Main building," says Caffe 222's Steve Pruitt. "And though Illy initially thought the market too small, the space continued to call for what we have envisioned ... it took time to sell Salt Lake City [to Illy] as a viable market."

Illy was founded in Trieste, Italy, in 1933 by Francesco Illy, and today is known for its visually striking espresso machines and its signature coffee blend of sustainably grown Arabica beans from four continents. In addition to Illy coffee products, Caffe 222 will offer full food and liquor service, including wines from Illy's own Mastrojanni Winery in Montalcino, Italy, with executive chef Erik Daniels—formerly of Avenues Bistro—at the helm.


North Fork Table & Tavern (801-648-7173, NorthForkTableAndTavern.com) has opened at 3900 North Wolf Creek Drive in Eden, in the space that was formerly home to Harley & Bucks (which recently relocated to Washington Boulevard in Ogden). The panoramic valley and reservoir views from the deck and window seats suggest what Adam and Eve's Eden might have looked like. The food is certainly more appealing than Eden's lonely apple, with a menu that includes wood-fired pizzas; kale salad; a Utah artisan salumi and cheese assortment; prosciutto and burrata panini; spaghetti Carbonara; short-rib pot roast; a quinoa bowl with spinach, walnuts and cranberry; and smoked trout dip. There's also a selection of beer, wine and cocktails, as well as après ski from 2 to 5 p.m., Thursday through Sunday.