Hip to Be Square: SLC accordion players might just re-start a trend. 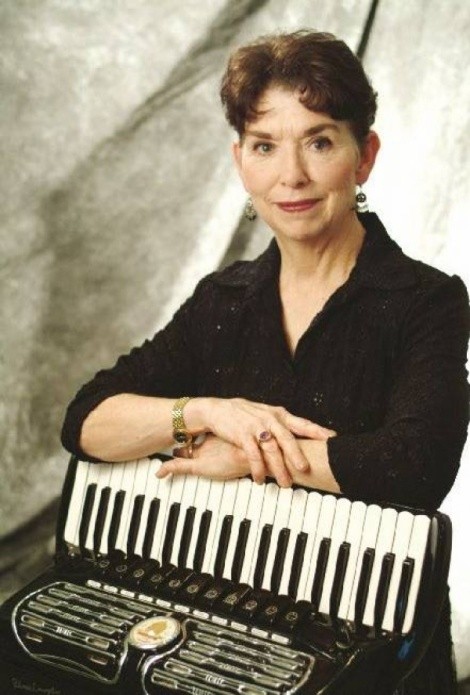 For many—well, most of us—accordionists bring to mind torturously long recitals, the melancholy old world and/or that smooth and bubbly variety show hosted by one gray-haired Lawrence Welk. Not exactly ringing endorsements for garnering the instrument a bigger slice of the modern-day popularity pie. Back in the day, the accordion was actually uber-popular—so popular that door-to-door salesmen made decent livings recruiting children to ply those bellows and plunk those keys. But, save for the occasional indie or folk band folding the traditional instruments into its expansive sound, the accordion seems to be a dying contraption.

The accordion is one of the most popular instruments in the world—it just hasn’t reinstated its importance in the good ole’ U.S. of A. Lord knows, it’s trying. Plenty of people stateside do indeed play. The problem is that with their dwindling numbers, they often find themselves a bit on the lonesome side. Such was the case with one of America’s premier accordionists, Utah-based Janet Todd. “It’s coming back slowly in popularity, especially in the Tex-Mex or Cajun realms.

But mostly, accordionists stick to themselves,” she says. Todd, having spent the majority of her life dedicated to the art of the accordion, surely knows what she is talking about. In fact, during the accordion’s heyday in the overly starched ’50s, it was a true-to-life door-to-door salesman that got her treading down a life’s path of accordion playing. And even though she developed her mean bellowing chops all over Hollywood for various television spots and cinematic ventures, not to mention traveling the globe over as a professional musician—including 23 countries and 27 states—Todd is still the first to admit that the life of an accordionist is a lonesome one.


That is when it comes to spending time with others of her kind. Luckily for her, and the many others sharing her passion here in the Greater Salt Lake area, she has a loving husband that stepped into the picture and decided to do something about it. “As a nationally renowned accordionist, I knew of various accordion associations around the country and my husband just asked me one day if I would like to start something like that here in Salt Lake,” explains Todd. “He thought it would be nice for me to be somewhere I could be around people with the same interests and love for the instrument.”

Thus the Salt Lake Area Accordion Club was christened. Gathering together the third Tuesday of every month, the point of the loose organization is to cultivate a shared love for a seemingly disappearing instrument. Even though the Todds were not quite sure of the potential membership, people, like most things considered odd or outdated, crawled out of the woodwork to participate. That first meeting, held back in November of 2002, had nearly 100 enthusiasts show up and some monthly gatherings can swell to several hundred. Take, for instance, this past St. Patrick’s Day “Irish shindig” featuring local band Shilaylee that saw approximately 150 people attend, bedecked in gleeful green.

Arguably, it’s just such needed dedication that aids in edging the accordion back into what Todd refers to as its legitimate limelight—even spawning a 24-hour all-accordion all-the-time Radio Station (Live365.com/ stations/222666). Sure, it might not ever reach the popularity level of the synthesizer or turntables here in the states, but could you imagine the likes of DeVotchKa, Tom Waits, The Arcade Fire or even Nirvana’s cover of the Vaseline’s “Jesus Doesn’t Want Me For A Sunbeam” without it?