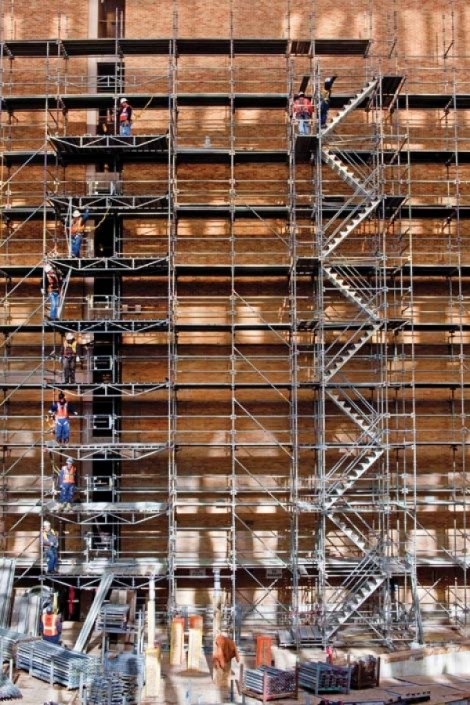 A neighborhood is more than a collection of zoned streets and domiciles; it lives and breathes, shaped by its unique residents and architecture. Even with social media and technology altering the definition of what is meant by “community,” Salt Lake City’s neighborhoods, represented by 34 community councils, remain as vibrant and distinct as ever.

How do you get in tune with the city’s 180,000 (and the Wasatch Front’s 2.1 million) residents? One way to navigate is to locate a neighborhood epicenter—where news is told, not posted, and status is seen, not read.

Coffee shops represent a natural hub. The caffeinated air of buzzing conversations is welcoming and inclusive. Local bars and taverns offer other ways to meet and greet and exchange views over a beer. Best of all, talk to local shopkeepers; no one knows neighborhoods better than the those who spend their hours toiling in the city’s commercial centers. Catch them at a slow time to encourage them to recount urban tales and point out hidden gems.

High Rising SLC
Some call downtown and its surrounding area “Small Lake City,” referring to the city’s numerous random interconnections. “Small,” however, would not describe the city’s recent upward spiral—depicted by the “Downtown Rising” campaign that marks the addition of two new office towers, several proposed arts buildings and a multibillion-dollar shopping mall and condo project under development as we speak. But even after the 2012 unveiling of the City Creek Center, downtown will still be clean, walkable and friendly—truly, a little big city.

The crown jewel of downtown, City Creek is expected to be finished March 22, 2012, says Jason Mathis, Downtown Alliance executive director. The 20-acre multi-use complex spread over three blocks of downtown is being developed by the LDS Church at a cost of several billion dollars. It will feature 80-plus businesses and anchor department stores including Nordstrom and Macy’s, as well as 11 restaurants, 800 residencies and offices, a sky bridge, a Bellagio-inspired “water and fire” exhibit and a meandering creek. Mathis says its massiveness won’t detract from the neighborhood feel; the developers seek to make it “expressive of Utah and authentic to who we are.”

City Creek represents “an unprecedented commitment to our community and will reshape downtown in significant ways,” Mathis says. One way is environmentally. It’s going to be one of the first neighborhoods in the country to receive Leadership in Energy & Environmental Design certification.

Just outside the downtown hustle is Nostalgia Coffee & Deli (248 E. 100 South, 801-532-3225), where owner Kathryn Webb reflects on her love of downtown: “I really like that I can go to Gallivan Center (239 S. Main, 801-535-6110, which is currently undergoing a remodel but will be open in 2011 for concerts, festivals and outdoor ice skating) or on Gallery Stroll (GalleryStroll.org) and see customers and friends—a lot of the same faces,” Webb says. 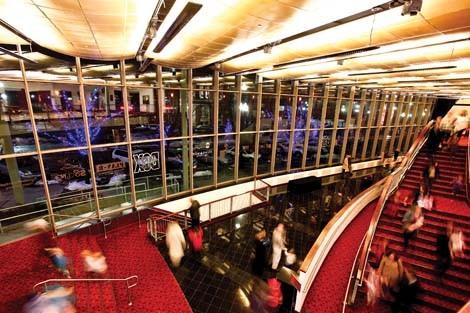 Hidden gem: Utah Book & Magazine (327 S. Main, 801-359-4391) is jam-packed full of surprises, from used books and comics to vintage adult magazines. If you come here at 6 a.m., you might catch the owner playing poker with friends. 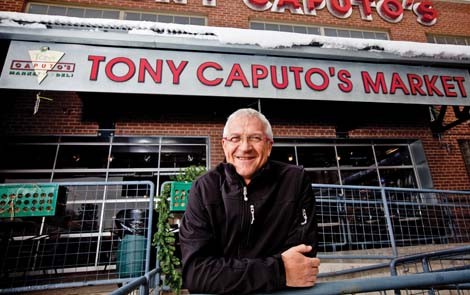 Pioneer Park/The Gateway
Pioneer Park/The Gateway represents downtown’s “other” anchor. Pioneer Park has undergone a recent face lift, making it more inviting to the influx of condo dwellers who buy refurbished warehouses and lofts in the area. “We’re all just local guys. It’s grown up organically. There’s no huge vision, like at City Creek,” says Tony Caputo, owner of Tony Caputo’s Market & Deli (pictured at left, 314 W. Broadway, 801-531-8669), about the Pioneer Park area. The community comes together—be they captains of industry or average Joes—in brief bursts here. “We want people to enjoy their meal ... then get the hell outta here,” Caputo says, with a chuckle.

“The Downtown Farmers Market (DowntownSLC.org/Farmers-Market) is one of the biggest gatherings, period,” Caputo says. But, aside from this seasonal Saturday morning event and other special events, the park continues to be a haunt for the homeless. Local police installed surveillance cameras to scare off drug dealers, so the park is essentially safe—it just needs to be used by a greater number of residents every day of the week, not just on Saturdays. 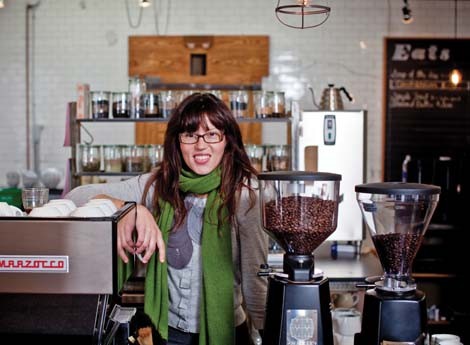 An emerging coffee-shop hub is none other than The Rose Establishment (pictured at left, 235 S. 400 West, 801-990-6270), which opened in October 2010 in the former Big City Soup location. “Many say we complete their neighborhood,” says owner Erica O’ Brien, who sought an industrial artistic space—a fixer-upper—as a backdrop for her coffee-drinking clientele.

Hidden gem: SLC Pepper Mural (400 W. 250 South). Jann Haworth, one of the co-designers of the iconic Sgt. Pepper’s Lonely Hearts Club Band Beatles record album of the ‘60s, makes her home in Utah. She redesigned the album cover in 2004 as a 50-foot-by-30-foot civic wall mural in downtown Salt Lake City with a new set of “heroes and heroines of the 21st century” in stencil graffiti, replacing the personalities depicted in the original. The Beatles’ jackets remain as metal cutouts with head and hand holes, allowing visitors to become part of the piece by taking photos. 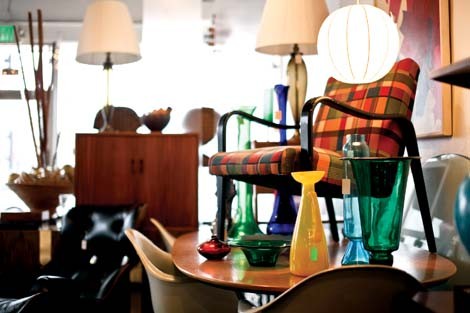 The Green Ant (pictured at left, 179 E. Broadway, 801-595-1818) adds to Broadway’s vintage flair with its ever-evolving collection of mid-century modern furniture. A block farther south, you’ll find the Salt Lake City Main Library (210 E. 400 South, 801-524-8200). However, this isn’t your parents’ library filled with hushing librarians and dusty books; it’s the hip cultural jewel of Salt Lake City. John Bolton of the Salt Lake Roasting Company (whose coffee shop is located inside the library, 801-532-0450), has served roasted beans and coffee at his landmark shop (320 E. 400 South) for a quarter century. He was honored to open a satellite shop inside the dazzling library complex in 2003. “It’s an incredible facility,” Bolton says. Changes are in the air on the square: The area is bracing for a controversial $125 million voter-approved Public Safety Building and Emergency Operations Building set to be completed in 2013. Additionally, TheLeonardo (209 E. 500 South, 801-531-9800), slated to become the first science-tech-art center in the country, is set to open April 15, 2011.