West Siders
A kaleidoscope of culture, from colorful ranch-style homes to the wafting smells of ethnic cooking, the west side is a hidden gem in and of itself.

Rose Park
Mestizo Coffeehouse and Art Gallery (pictured at left, 641 W. North Temple Suite 700, 801-596-0500) wants to bridge the east and west sides of the city. So, it’s no surprise it’s a cultural hub. “We have every kind of little group out there—atheists to a Presbyterian Church to transgender groups,” says coffeehouse manager David Galvan. “That’s why I moved over here, to get beyond a homogeneous atmosphere. [The neighborhood is] really cohesive,” Galvan says.

Construction of a viaduct for a new airport TRAX line has parts of North Temple closed until it is completed in the fall of 2011. However, businesses are still vibrant and open for business. 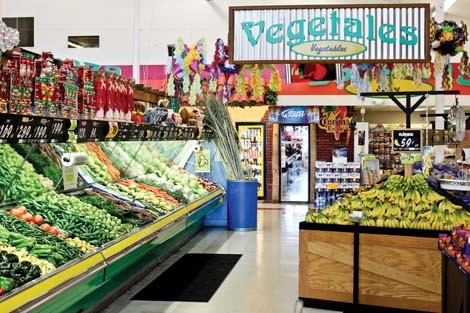 Industrial Artist District
To untrained eyes, the brick-and-concrete warehouse district south of The Gateway looks a tad depressing. However, because the neighborhood is on the fringes, the rents here are within means of many starving artists, making it a natural hub for artists and musicians. All-ages music venue Kilby Court (pictured at left, 750 S. Kilby Court [330 West], 801-364-3538) owner Will Sartain coined it the “industrial artist district” for good reason.

Hidden gem: Get a deal and dig on some tunes at Salty Streets Flea Market (on Kilby Court, the first Sunday of the month during the summer), thrift shopping on a whole new level. Some of the city’s best bands (including Red Bennies and Laserfang) play a set on the dead-end street, while up to 30 vendors sell everything from beat-up vinyl to snowboards.

Southern Pride
There aren’t too many places more boastful about their offerings than those south of downtown.

iberty Wells
Called “Sugar Hood” by locals, the area west of Sugar House and north of Interstate 80 is better known as Liberty Wells. “[The neighborhood has] always been a gathering place and still is—from Native Americans to the Mormon’s First Encampment to now,” says Jason Briggs, owner of Alchemy Coffee (pictured at left, 390 E. 1700 South, 801-322-0735). He’s seen drastic change the past five years. “We’ve kicked out all the meth-heads and, now, all the quaint houses are being quickly bought by first-time homebuyers.”

Salt Lake City’s best bar crawl is centralized around middle State Street, and the people who live there are as diverse as the bars. Legendary Burt’s Tiki Lounge (pictured at left, 726 S. State, 801-521-0572) is “so Salt Lake and so not,” says bartender Scotty Kerbein. Out-of-towners feel comfortable here. “If you want to get into something that’s seedier and has more history, you come down here,” says Kerbein, who claims a saloon stood in the same spot as Burt’s 150 years ago. “They were basically doing the same thing then that I’m doing today.”