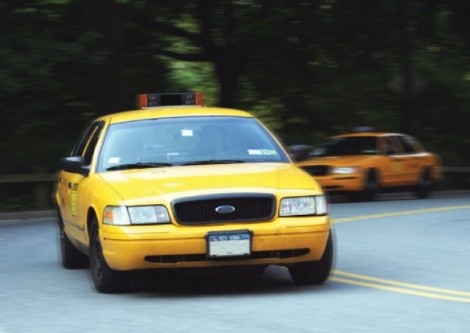 Since 2005, Salt Lake City has been attempting to “death-panel” the city’s aging taxis to encourage the local taxi companies to buy newer, greener cabs. Despite years of talks, cabbies still feel like the city’s shorted them in calculating which cabs will have to be retired. They also don’t like the fact that their industry is getting whacked over the head with green regulations, while the city’s hotel shuttles and vans remain largely unregulated.

The patchwork regulations the city has developed for ground transportation is what irks Ute Cab dispatch supervisor Jim Curtis the most.

“They have been looking, since 2004, at new ways of regulating taxis,” Curtis says. “It’s been an evolution of mishmash and Scotch tape [policy] that just isn’t holding.”

City officials have let cab companies know over the past month that their older taxis will no longer pass the city’s biannual licensing inspections. Those include the vehicles that are 6 years old and older, or 8 year old and older if they’re a “green” car, such as a hybrid.

Dave Jackson, manager of City Cabs, worries this ordinance will put many cab drivers out of work. “This will decimate the cab companies,” Jackson says. “If you bought a new vehicle on a six-year plan, you’d never be without a car payment. That makes it almost impossible to return a profit.”

While the ordinance was passed in May 2009, local taxi companies have still been negotiating with the city for leeway or, at the very least, a buffer period for grandfathering old cabs. The ordinance allows cabs that received their first city license before July 31, 2005, to be grandfathered into the ordinance—meaning they can keep their older vehicles on the road so long as they continue to pass regular emissions and taxi inspections. The companies recently argued that the six-year standard should also allow them to keep 2004 model cabs on the street.

Yet, as early as Dec. 4, Brent Kovac of the Salt Lake City Ground Transportation Administration informed some taxi companies that the city would not relent on its calculations for the six-year buffer. That interpretation counts a vehicle’s model year as year 1—which makes a 2004-model vehicles 6-years-old after Dec. 31.

The motivation for the change is simply a desire to encourage greener practices in the city, Kovac says. “Newer cars are cleaner, greener, less polluting and safer,” Kovac says. “That’s what the city is concerned about.” Kovac also notes that the city already tried to ease the economic burden on drivers by amending the ordinance to the six- and eight-year standards. Previously, the standard was five years, or seven years for green vehicles.

Salt Lake City Councilman Carlton Christensen says the ordinance probably could have been formulated better had the city already established a protocol for contracting taxi service. A city contract with taxi companies, which Christensen hopes will be hammered out early in 2010, would allow vehicle-age restrictions to be part of the city’s request for proposals.

“We would have better enforcement ability and a controlling methodology of how we would secure service and could give them more leniency,” Christensen says, adding that the city could find leeway for taxis coming close to their age limits to stay on the road if their emissions and inspections were still optimal.

But it’s not just the taxi regulations that bother cabbies. Ute Cab’s Curtis is also upset that the heavily regulated taxi industry is feeling the brunt of the new green-cab regulations, while other ground transportation services—hotel shuttles and limousines-are exempted from these restrictions. These services operate without the same regulations on fares and inspections as taxis.

Kovac says the non-taxi transportation providers will be subject to similar regulations but those providers have only recently been contacted for comment on adopting green standards. Curtis says it’s hard to not see a different standard.

“It’s difficult for taxis, because the enforcement of regulations is to the letter of the law,” Curtis says “and almost zero on other forms of transportation.”