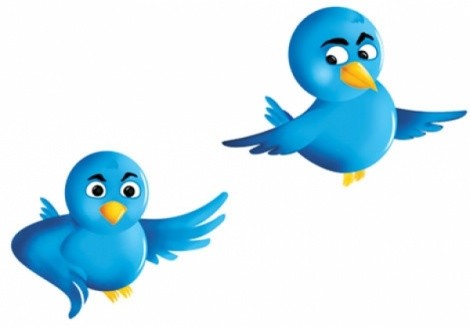 Salt Lake City Council Chairman J.T. Martin has a problem—he can’t walk faster than Twitter can broadcast a message. Personal interaction remains his preferred method of reaching out to residents about contentious issues such as the proposed Yalecrest area historic designation. He’s made face-to-face meetings with residents a priority to counter what he says is a debate taken over by groups capitalizing on social media—including e-mail groups, blogs, Facebook and Twitter—that have spread misleading information.

“Many discussions were hijacked at the beginning by a very few,” Martin says, primarily of local construction and real estate business interests that were most vocal in the early stages of the debate.

“With blogs and Twitter and Facebook [people] can throw up anything they want and skew the agenda,” Martin says. While pro-historic-preservation residents and Martin worry that social media could post, blog and Twitter louder than other residents, to the point of making a circus of the debate, others believe it wasn’t the tweets of a little bird that got residents’ dander up.

“A lot of people are feeling hijacked by the City Council because we enacted that moratorium against demolition,” says District 4 Councilman Luke Garrott, referring to the council’s prohibition against demolition in Yalecrest that extends through the summer. “For a lot of the property-rights folks, that was an act of aggression.”

Yalecrest Community Council Chair Lisette Gibson has been at the front lines of the debate over a proposed plan that would create a historic designation for the neighborhood. Some had hoped the plan would be a stop-gap measure that could halt the demolition of small, historic homes in favor of mega-homes, at least until the city puts the finishing touches on its citywide Historic Preservation Plan.

Gibson says most of the social-media discussions generally have been on point, but a particular e-mail group has generated a font of misinformation. “I got copied on a lot of stuff [from the group],” Gibson says. “It was coming in so fast and furious, I had to say that I’m not even going to try to attempt to answer all of them.”

Gibson says it may be hard to directly correlate the social media with all of the rumors she heard surrounding the proposal, but she does say there was misinformation. Some residents believed they would have to replace all of their windows, whether or not they were planning to change their exteriors. Some believed there would be mandatory demolitions.

She says the community council has attempted to publish the best information it has at hand on its Website. Other Websites have since crept up, vying to be information clearinghouses about the proposal. YaleCrestYes.wordpress.com, developed in part by former Yalecrest Community Council members, is a site advocating for historic designation for Yalecrest.

Another site, YcCares.org, was, according to Gibson, created by residents who oppose the proposed historic designation. YcCares.org does not explicitly advance a particular stance and does link to the Yale Crest Community Council’s Website. It offers a short survey about residents’ feelings about mega-homes and the historic-designation proposal. According to those who have attended the community meetings, the group is claiming survey respondents are overwhelmingly against historic designation. However, according to a May 23 e-mail from the site operators, while 69 respondents oppose the historic plan, only 15 percent of the neighborhood responded. (Representatives of YcCares.org have not returned a comment for this story.)

The hue and cry is unfortunate, according to Garrott, a political science professor at the U of U. Looking at it as a neighborhood case study, he says the city could have avoided drawing the ire of property-rights advocates by vetting the consensus of the neighborhood before enacting a demolition moratorium. “If we are so top-down in the way we handle these situations, we are just going to run into these problems over and over again,” Garrott says. It would be easier to pre-empt nasty debates, he says, if the city were more precise in engaging communities with one-on-one resident meetings followed up with neighborhood polling—an official equivalent of YcCares.org’s objective.

Martin, however, considers the city’s actions as slow and fair. “The only dog I have in this fight is an interest in seeing that we’re able to hold fair meetings, and that people have all the information to make decisions for themselves,” he says.