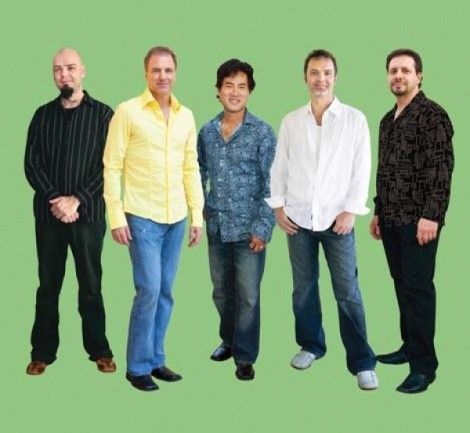 If we’re still talking about jazz this time of year, it must be the kind played on woodwinds, brass instruments and upright basses, rather than hoops teams of five on five. In Utah, jazz in July means the Salt Lake City International Jazz Festival.

More than ever, jazz music isn’t just one type or one style; a lot of different subgenres fall under the “jazz” tent. Jazz fest founder Jerry Floor has, over the decade-long history of the event, tried to make the festival reflect that musical diversity.

The festival started by serendipity. Floor’s daughter Emilee, a pianist who was performing at the Cinegrill restaurant in downtown Salt Lake City back in 2000, was approached by then-Mayor Rocky Anderson. He said, “I wish we had more jazz in Salt Lake,” and she responded, “Talk to my dad.” Anderson did, and in 2001, the festival was born.

Anderson played a big role in shaping the fest. “Rocky wanted the jazz fest to be free to the public, and no corners cut,” recalls Floor. For seven years, the festival remained free as one of the mayor’s pet projects, funded by numerous foundations and sponsors, with support from ZAP (Zoo, Arts and Parks) funding. But in 2007, the economy took a turn for the worse and it was harder to find financial support. “Mayor [Ralph] Becker gave the go-ahead to charge admission,” Floor explains. The event is still subsidized by sponsors, and Floor says the admission is less than half of similar events.

The lineup of performers in previous years has been stellar from the outset, including some of the biggest names in jazz music on the festival’s two stages: Singer Nancy Wilson, and the ensembles Blood, Sweat and Tears and Tower of Power—both known for bringing jazz horn sections into rock music—played here. Progressive jazz group Spyro Gyra and Latin master Arturo Sandoval showed different sides of the jazz spectrum. Chuck Mangione, sax great Phil Woods, Sheila E. and Tom Scott and the LA Express, some of the top names in the jazz stratosphere, have filled the festival schedule through the years.

For the 10th anniversary of the festival, Floor has on tap a little something for everyone and will be devoting each evening to a different theme, or flavor, of jazz music: Friday is the festival‘s “Tribute to Motown, Soul and The Funk Brothers.” The baker’s dozen known as the Funk Brothers went to Detroit in the ’50s seeking gigs, without luck, so they went to work in the automotive industry. “Later, Motown records employed these independent musicians to back up virtually every Motown artist recorded,” Floor explains. “That means that the Funk Brothers are on more hit recordings than The Beatles, Elvis, The Rolling Stones combined!” It’s a unique chapter in music history.

Just as Motown and R&B music share some jazz influence, many sounds and tonal shadings, jazz can have an orchestral side that is sweeping and lyrical. As well as festival favorite The Rippingtons, featuring Russ Freeman, Saturday features world-renowned composer/arranger Patrick Williams, debuting new works with the Salt Lake City Jazz Orchestra, featuring clarinetist Eddie Daniels. Local performers have always been part of JAM’s mission with the festival, and the orchestra’s performance will include trombonist Chuck Findley, sax man Greg Floor and others.

On Sunday, it’s “The Music of Ray Charles.”

“Ellis Hall (pictured at left), having just finished this programming with the Boston Pops Orchestra, returns to the stage to toast this incredible legend of our time,” Floor says. The Salt Lake City Jazz Orchestra will also perform works of Stan Kenton and other luminaries of the Big Band Era. The festival is capped with the appearance of Seth MacFarlane (pictured below), creator of Family Guy and other animated TV series, singing in the style of Sinatra, Bing Crosby and others from the Big Band era. MacFarlane brings his music director, Ron Jones, with him to conduct the great Salt Lake City Jazz Orchestra. Vincent Falcone, Frank Sinatra’s conductor for more than 10 years, will be playing piano for MacFarlane. 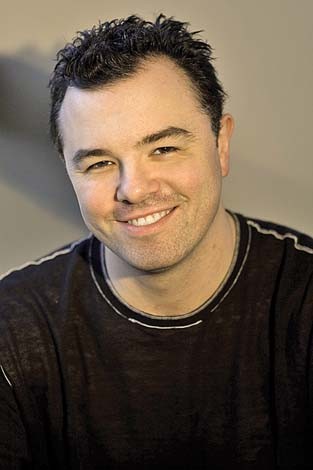 The Salt Lake International Jazz Festival represents just one of JAM’s developmental goals: “We are working toward a concert season in addition to the jazz festival,” Floor notes. “Also, our educational component will grow to work more in the schools and with young aspiring musicians.” Floor is doing as much as anyone on the basketball court to keep the words “Utah jazz” from becoming an oxymoron.