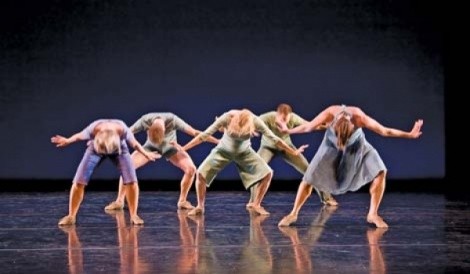 The arts in Salt Lake City tend to shimmy and wiggle their way around Utah’s more conservative influences. Nowhere is this more evident than in the city’s vibrant dance scene. Here, you’ll find an array of styles, from classical ballet to jazz and hip-hop, seductive Latin and ballroom dance to contemporary and innovative modern dance. Salt Lake City dance companies are, for the most part, as progressive as they are varied, attracting passionate followings.

Ballet West
Led by artistic director Adam Sklute—whose expertise has brought a fresh, exciting feel to the company—Ballet West’s 2010 season offers both traditional and innovative works. Coming up are Swan Lake (Feb. 12, 31 & 17-20), set to Tchaikovsky’s haunting and beautiful score and Balanchine’s America (April 9,10 & 14-17), a selection of Balanchine ballets including Serenade, the first ballet he choreographed in the United States. The final performance run of the season, Innovations (May 21, 22 & 26-29), will once again be devoted to original pieces choreographed by Ballet West’s dancers. Capitol Theatre, 50 W. 200 South, 801-355-2787, BalletWest.org.

Odyssey Dance Theatre
Embraces a variety of dance styles, such as jazz, hip-hop, and modern, all showcased by excellent dancers. Odyssey Dance Theatre offers the kind of performances that represent a more Broadway or vaudeville style of movement. Artistic director Derryl Yeager continues to craft popular annual holiday pieces, such as Thriller, It’s a Wonderful Life as well as Shut Up and Dance (March 17-27). Various venues, 801-495-3262, OdysseyDance.com.

Repertory Dance Theatre
Around for more than 40 years and under artistic director Linda C. Smith, Repertory Dance Theatre is dedicated to presenting modern dance in a way that respects, yet demystifies, the art of movement. The 2010 season offers Charette (Feb. 13), a dance-off fundraiser that allows both judges and audience members to select the winning choreographer of the evening. Michio Ito’s Mystique (March 25-27) promises to be a thought-provoking performance that embraces the question of contrast between gender, history and the yin and yang. Rose Wagner Performing Arts Center, 138 W. 300 South, 355-2787, RDTutah.org. 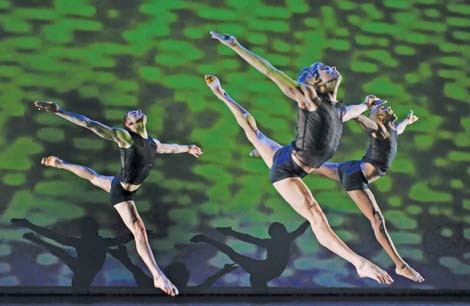 Ririe-Woodbury Dance Company
Ririe-Woodbury is nationally recognized under Charlotte Boye-Christensen’s artistic leadership. The company is offering another season of exciting and innovative modern dance works. Circle Cycle (Jan. 29-30) is returning to the stage. This piece took more than two years to complete but proved it was time well-spent, leaving audiences astounded by the intriguing vignettes and narrative dance performances. The dance pieces reinforce the importance of being an active member of the world by never forgetting to care for and embrace humankind. Propel (April 22-24) also promises to be an exciting and contemporary performance. Rose Wagner Performing Arts Center, 138 W. 300 South, 355-2787, RirieWoodbury.com.


SB Dance
Known for its lack of conventional dance, SB Dance can’t be labeled with any specific style, as it embraces and distorts all forms of dance. Founder Stephen Brown is the master of experimental movement, using objects and sound to complement, and at times serve as the focus of, his works. Keep an eye out for upcoming performances on SB’s Website. Leona Wagner Black Box Theater, Rose Wagner Performing Arts Center, 138 W. 300 South, 355-3787, SBDance.com.

University of Utah ballet and modern dance departments
The U of U has one of the country’s most respected college dance programs. William Christensen, who also founded San Francisco Ballet, established the ballet program in 1951, and Elizabeth R. Hayes formed the modern dance program as early as the 1940s. The U hosts numerous student showcases, allowing the public to see young dancers come into their own both as dancers and chorographers. The 2010 ballet and modern-dance performances span from February to May. U of U Alice Sheets Marriott Center for Dance, 330 S. 1500 East, 581-7100, Ballet.Utah.Edu; Dance.Utah.Edu.